The Origin of Salsa (Spain) 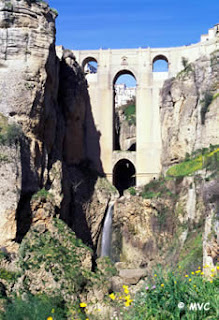 Buen día amigos ... (That means good day friends) Well this time my visit was to the country Spain... while I was there I learned few words...
There is a saying that when in Rome do the Romans... well i just did that in Spain... when speaking of Spain the first thing that comes in mind is the "salsa" and then the bullfighting... I have put on the costume of a bullfighter(Matador)... and had some fun. Although I didn’t get in front of the bull, but fun yes... mostly... As i have said befor when in Rome do the Romans that doesn’t mean am asking people to dress up like Romans when they are in Rome. Think and act according to the environment thats all.

There is a famous yet funny Festival in Spain... that’s (La Tomatina¨ - Valencia Tomato Fight Festival) its the tomato’s festival... people hit each other with tomatoes crazy but funny... A 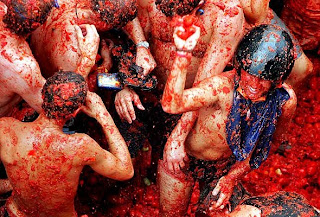 march to the deafening sounds of drums, as groups of drummer’s parade through the city on the night of the first day of the year. The next morning, the "Tamborrada Infantil" (Child Drummer's Ceremony) is celebrated. Bull Running festival in Spain even this is famous. Every year from July 7th-14th many pack into the Pamplona the see the famous bull r 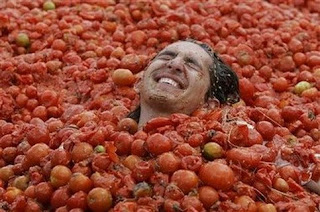 unning festival. The thing is to run alone with the bulls and get as close as possible... judging by the size of the bulls and the speed which they run, I would defiantly don’t whanna stay in there way... it takes guts and courage to run along them... the festival goes on for about 7 days. Although there are other festivals, but these are considered to be the best of them all.

Alhambra in Granad this is a mootish fortified palace and it is huge in size and it occupies most of the portion of the city centre... it took me an entire day to explore it... my advice is that if anyone is going to visit this place take a day off... and then visit and if your going to visit in summer take a ticket in advance coz there will be a lot of crowed...

Guggenheim Museum Bilbao is an art museum. The building itself is an astonishing m 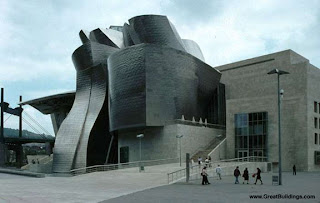 ixture of interconnecting shapes. Orthogonal blocks in limestone contrast with curved and bent forms covered in titanium. Glass curtain walls provide the building with the light and transparency it needs. The glass walls were made and installed to protect the works of art from heat and radiation. The half-millimeter thick "fish-scale" titanium panels covering most of the building are guaranteed to last one hundred years. As a whole, Gehry's design creates a impressive, eminently visible structure that has the presence of a huge sculpture set against the backdrop of the city. Although there are several museums i could only get to visit only few... in which some of them are The Prado, Thyssen-Bornemisza Museum, Reina Sofia National Art Center Museum, Goya's Tomb, Picasso Museum.

Ronda is a city in the Spanish province of Andalusia 750m above sea level. They say that ronda is the birth place for the bullfighters and some of the audience dress in the manner of Goya'sketches of life in the region. 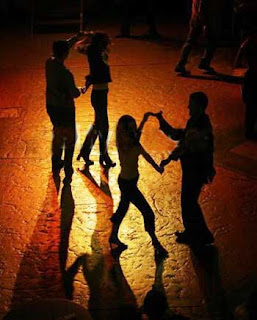 And also there is salsa dance... It is what spain is famous for... the dance and the spicy food... well i couldn't dance salsa... but yes.. sure would like to try in the future.

There are many cuisines in Spain but mostly the locals prefer the cuisine "Tapas" its a mixture of olives and cheese, and of course there is Salsa... mamameya!!!!.....

Well this was my visit to the country Spain. I have made reservation from

The Origin of Salsa (Spain)