It is common knowledge that Social Media influencers are overtaking the marketing and advertisement industry. According to an estimate, the influencers industry is worth around 10 billion and it is growing every day. This is very astonishing especially because this industry didn’t even exist few years before, where it has helped the brands to reach their specific and targeted audience handling these influencers is becoming one of the biggest challenges. There are marketing companies that specifically handle these social media influences and help the brands reach the influences that have the ability to target their desired audience.

It was previously believed that social media influencers with celebrity status were a better option for marketing and collaboration, however, the perception has been changed now. Experts say that micro-influencers have an organic reach and they have better management with their followers which is the reason they are a better option for marketing and collaboration. Stats from CreatorIQ, explain that Nano influencers have an average of 0.17% engagement on Twitter, 4.4% on Instagram, 0.42% on Facebook and 6.7% on their YouTube account which is significantly better as compared to mega-influencers who only manage to reach 0.008% engagement on Twitter, 4% on YouTube, 0.7% Instagram and only 0.01% on Facebook. See this chart for more insights:

What is Conversion Tracking? How to S…
Signs That You’re In A Healthy Love R…
A Comparison of the Environmental Imp…
Speedy Railway Samanya Vigyan PDF Dow…
How To Find Your Purpose And Passion … 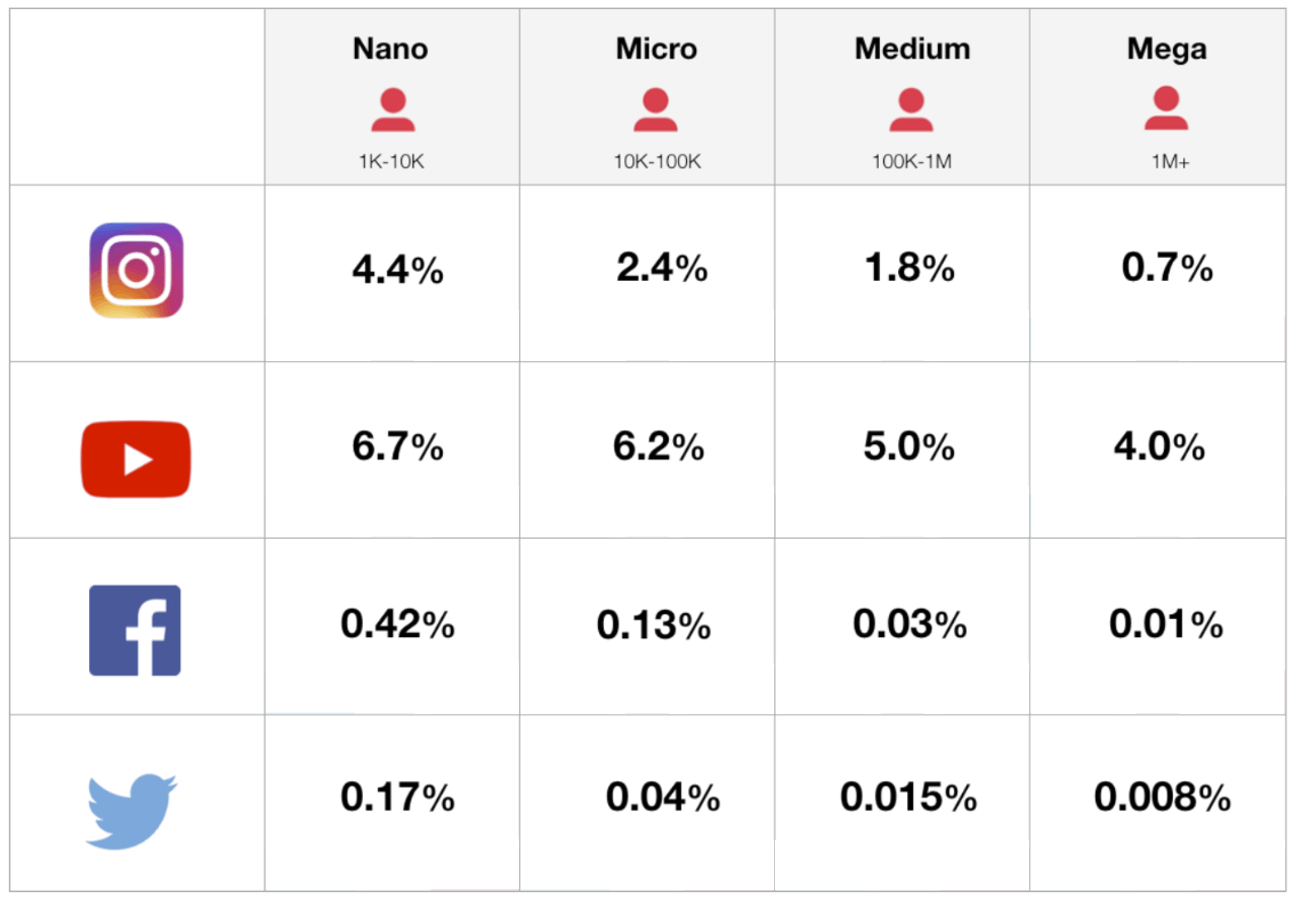 From the marketing point of view, it is better to collaborate with few Nano-influencers with a better engagement than reaching out to a mega-influencer. This will have a better impact on the brand, it is relativity less expensive and more fruitful for the brand.

Read next: Study Of Over 300,000 Instagram Influencers Reveals Engagement Rate on Posts is Dwindling