Despite all the controversies, social media platforms are becoming more and more popular with time. According to the stats for May 2019, by Sensor Tower’s Store Intelligence, Facebook has been the most Downloaded App, around 60.6 million installs.

Most of these downloads, 24% of the total downloads in May 2019 have been from India only, whereas 12% were installed in Indonesia and Brazil with 8% downloads.

The complete list of top 10 downloaded apps, from Android, iOS and overall is provided for May 2019. These downloads do not include pre-installed apps on Google and Apple. Neither third-party stores’ downloads are included.

Snapchat has been the most downloaded app on the App Store, followed by TikTok and then Instagram. Whereas Facebook comes on number fourth and Twitter on number 5.

Signs That You’re In A Healthy Love R…
A Comparison of the Environmental Imp…
World’s Top Geographical Nick Name (व…
Why Friday The 13th Will Be Your Luck…
Cardano Foundation Launches AdaPay
Whereas, overall Facebook is at the top with most downloads, on second is TikTok and Snapchat is the third most downloaded app by unique users. Instagram this month is on fourth place and Likee managed to have a fifth on the top ten downloads list for May 2019. 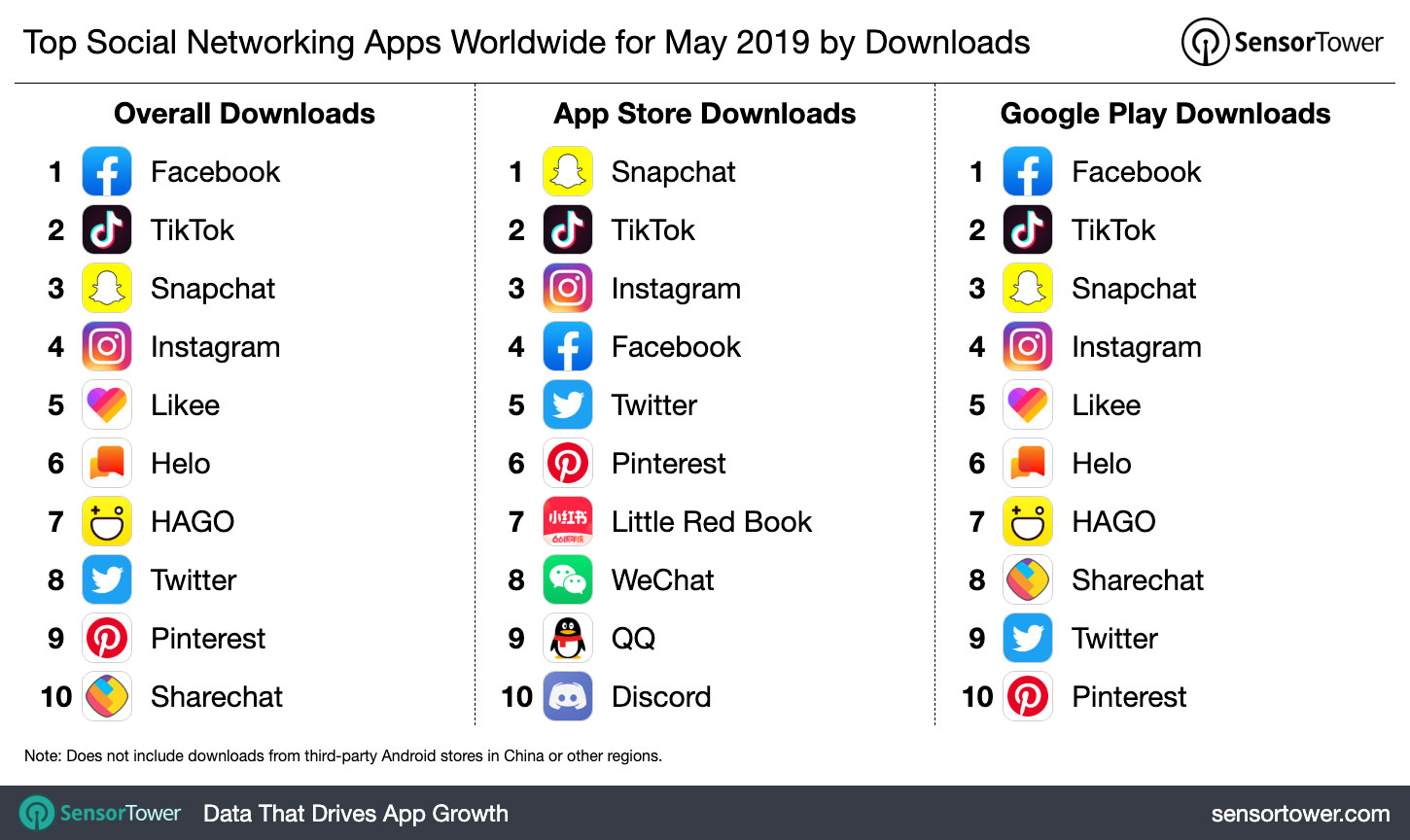 Read next: What are the sources for people to find news on Smartphones?