Every image provokes some kind of feeling and considering all of those, a push button of ‘like’ can never be enough. Being the largest photo and video-social networking service, Instagram understands the need for letting users react to images with their own feeling and to make this a reality, the company is also giving birth to ‘Post Reactions’ - a feature which is currently under beta testing. 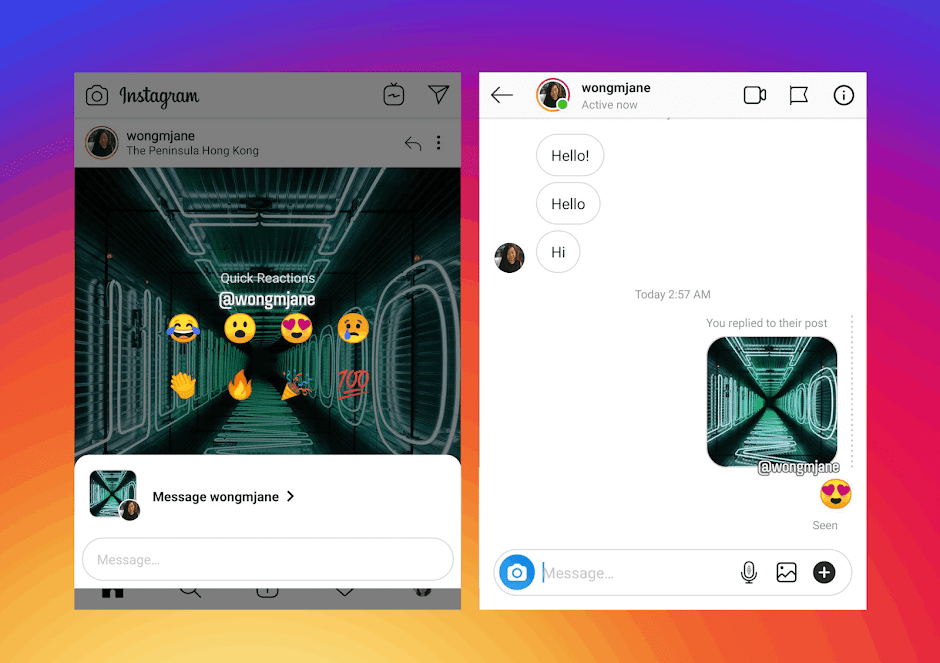 As revealed by Janu Manchun Wong in one of her recent tweets, Instagram is planning to introduce post reactions which will let users send reaction smileys privately via DM to others. The move is also predicted to be pretty much similar to the Stories Reaction.

Although the feature has been long due, as Facebook adopted the reactions strategy way back in 2016 and it was received really well all around the globe, people are still generally confused about Instagram's execution of smileys.
One of the major reasons why users might not feel comfortable with it is the fact that while Facebook brings in a collection of thousands of pictures belonging to every category, Instagram is more about the picture perfect moments and a heart will always be the best way to describe them.

However, this can certainly turn out to be a good trick to increase engagement in case of ever increasing meme pages and other content where a heart won’t be enough.