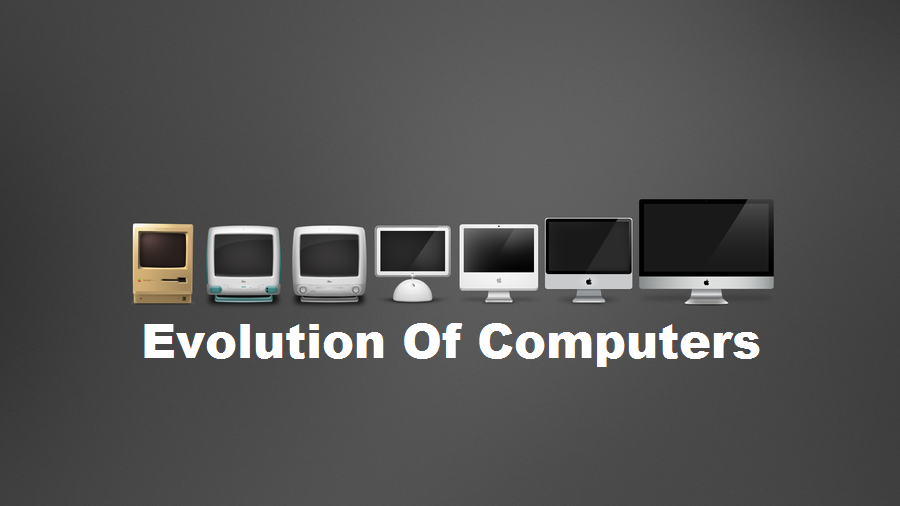 Computers now play a major role in almost every aspect of life and influence our lives in one way or the other. Today, almost everyone is a Computer user and many are computer programmers. Getting computers to do what you want them to do requires intensive hands-on experience. But computer science can be seen on a higher level, as a science of problem-solving. Computer scientists must be able to analyse problems and design solutions for real-world problems. The Computer Science discipline covers a wide range of topics from theoretical aspects like design of algorithms to more practical aspects like application development and its implementation. The discipline of Computer Science involves the systematic study of algorithmic processes – their theory, analysis, design, efficiency, implementation and application – that describe and transform information. The concept of computing has evolved from the abacus to super computers of today. This chapter discusses the evolution of computing devices and provides an overview of the different generations of computers. The evolution of programming languages and the contributions of Alan Turing to computer science are also discussed.

In ancient times people used stones for counting. They made scratches on walls or tied knots in ropes to record information. Progressively many attempts had been made to replace these manual computing techniques with faster computing machines. In this section, we will have a look at the ancient methods of counting and the evolution of the positional number system.

Counting and the evolution of the positional number system

The idea of number and the process of counting goes back far before history began to be recorded. It is believed that even the earliest humans had some sense of ‘more’ or ‘less’. As human beings differentiated into tribes and groups, it became necessary to be able to know the number of members in the group and in the enemy’s camp. And it was important for them to know if the flock of sheep or other animals was increasing or decreasing in size. In order to count items, such as animals, ‘sticks’ were used, each stick representing one animal or object. Let us now see how the number system evolved. It is important to note that the system that we use everyday is a product of thousands of years of progress and development. It represents contributions of many civilisations and cultures. The number system is a method in which we represent numbers. The chronological development of the number system throughout the history is discussed below. To begin with let us see the Egyptian number system that emerged around 3000BC. It used 10 as a radix (base). They had unique symbols for 1 to 9, 10 to 90, 100 to 900 and 1000 to 9000. As the Egyptians write from right to left, the largest power of ten appears to the right of the other numerals. Later on, the era of Sumerian/Babylonian number system began. It used 60 as its number base, known as the sexagesimal system. Numerals were written from left to right. It was the largest base that people ever used in number systems. They did not use any symbol for zero, but they used the idea of zero. When they wanted to express zero, they just left a blank space within the number they were writing. The Chinese number system emerged around in 2500 BC. It was the simplest and the most efficient number system. The Chinese had numbers from 1 to 9. It had the base 10, very similar to the one we use today. They used small bamboo rods to represent the numbers 1 to 9. Approximately in 500 BC, the Greek number system known as Ionian number system evolved. It was a decimal number system and the Greeks also did not have any symbol for zero.
The Romans started using mathematics for more practical purposes, such as in the construction of roads, bridges, etc. They used 7 letters (I, V, X, L, C, D and M) of the alphabet for representing numbers. The Mayans used a number system with base 20. There is a simple logic behind this base 20. It is the sum of the number of fingers and toes. This number system could produce very accurate astronomical observations and make measurements with greater accuracy. The Hindu-Arabic numeral system actually originated in India, around 1500 years ago. It was a positional decimal numeral system and had a symbol for zero. This invention can indeed be termed as one of India’s greatest contributions to the world. Later on many of the countries adopted this numeral system. Now let us discuss the evolution of computing machines

Evolution of the computing machine

During the period from 3000 BC to 1450 AD, human beings started communicating and sharing information with the aid of simple drawings and later through writings. The introduction of numbers led to the invention of Abacus, the first computing machine. In the following section, we will examine some important milestones in the evolution of computing machines.

Abacus was discovered by the Mesopotamians around 3000 BC. The word ‘abacus’ means calculating board. An abacus consisted of beads on movable rods divided into two parts. The abacus may be considered the first computer for basic arithmetical calculations
The abacus is also called a counting frame, a calculating tool for performing arithmetic operations. The Chinese improved abacus as a frame holding vertical wires, with seven beads on each wire. A horizontal divider separates the top two beads from the bottom five. Addition and multiplication of numbers was done using the place value of digits and position of beads in an abacus. The abacus works on the basis of the place value system. Reading it is almost like reading a written numeral. Each of the five beads below the bar has a value of 1. Each of the two beads above the bar has a value of 5. The beads which are pushed against the bar represent the number.

John Napier was a mathematician who devised a set of numbering rods known as Napier’s bones in 1617 AD, by which a multiplication problem could be easily performed. These numbered rods could perform multiplication of any number by a number in the range of 2-9. There are 10 bones corresponding to the digits 0-9 and a special eleventh bone that is used to represent the multiplier. This device was known as Napier’s bones. John Napier also invented logarithm in 1614, that reduced tedious multi-digit multiplications to addition problems.
The strips of Napier’s bones are the times tables. Each square gives 2  number, 3 x number and so on, but the tens and units are written above and below a slanting line respectively. Napier’s bones is good for multiplying a long number by a single digit number.

In 1673 the German mathematician-philosopher Gottfried Wilhelm von Leibniz designed a calculating machine called the Step Reckoner. The Step Reckoner expanded on Pascal’s ideas and extended the capabilities to perform multiplication and division as well. Leibniz successfully introduced this calculator onto the market. His unique, drum-shaped gears formed the basis of many successful calculator designs in later years.

The Jacquard loom is a mechanical loom, invented by Joseph Marie Jacquard in 1801, that simplifies the process of manufacturing textiles with complex patterns. The loom is controlled by punched cards with punched holes, each row of which corresponds to one row of the design. Multiple rows of holes are punched on each card and the many cards that compose the design of the textile are joined together in order. The Jacquard loom not only reduced the amount of human labour, but also allowed to store patterns on cards to be utilised again to create the same product. These punched cards were innovative because the cards had the capability to store information on them. This ability to store information triggered the computer revolution. The punched card concept was adopted by Charles Babbage to control his Analytical Engine and later by Herman Hollerith.

The first step towards the creation of computers was made by a mathematics professor, Charles Babbage. He dreamed of removing the human element from the calculations. He realised that all mathematical calculations can be broken up into simple operations which are constantly repeated and these operations could be carried out by an automatic machine. Charles Babbage started working on aDifference Engine that could perform arithmetic calculations and print results automatically. In 1822, Babbage invented the Difference Engine to compile mathematical tables. On completing it, he conceived the idea of a better machine that could perform not just one mathematical task but any kind of calculation.

In 1833, Charles Babbage started designing the Analytical Engine – the real predecessor of the modern day computer. AnalyticalEngine marks the development from arithmetic calculation to general-purpose computation. The AnalyticalEngine has many features found in the modern digital computer. The Engine had a ‘Store’ (memory) where numbers and intermediate results could be stored, and a separate ‘Mill’ (processor) where arithmetic processing could be performed. Its input/output devices were in the form of punched cards containing instructions. These instructions were written by Babbage’s assistant, Agusta Ada King, the first programmer in the world. Owing to the lack of technology at that time, the Analytical Engine was never built, but Babbage established the basic principles on which today’s modern computers work. Charles Babbage’s great inventions – the Difference Engine and the Analytical Engine earned Charles Babbage the title ‘Father of Computer’.

In 1887, an American named Herman Hollerith fabricated the first electromechanical punched card tabulator that used punched cards for input, output and instructions.The card had holes on them in a particular pattern, having special meaning for each kind of data. In 1880’s, the US Census Bureau had huge amounts of data to tabulate. It would take at least ten years to analyse population statistics manually. Herman Hollerith’s greatest breakthrough was his use of electricity to read, count and sort punched cards whose holes represented data. His machines were able to accomplish the task in one year. In 1896, Hollerith started the Tabulating Machine Corporation which after a series of mergers, became International Business Machines (IBM) Corporation in 1924.

In 1944, Howard Aiken, in collaboration with engineers at IBM, constructed a large automatic electromechanical computer. Aiken’s machine, called the Harvard Mark I, based on Babbage’s Analytical Engine, handled 23-decimal-place numbers and could perform all four arithmetic operations. It was preprogrammed to handle logarithms and trigonometric functions. Using Mark I, two numbers could be added in three to six seconds. For input and output, it used paper-tape readers, card readers, card punch and typewriters.