This is a version of my Bird report for our local village newsletter scheduled to appear in December.

At the time of writing, the summer visitors, such as the swifts, swallows, house martins, and various migratory warblers were all long gone. Indeed, it is still sunny and warm during the day, but the nights have turned decidedly damp and chilly and one friend reported early-morning frost on his car windscreen (it was 90 days until Christmas, at the time). 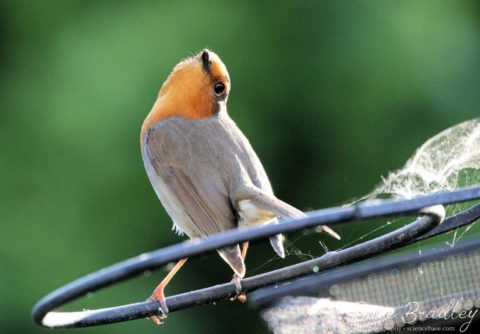 Well, speaking of Christmas for the birder can mean only one thing, and I don’t mean turkey, nor do I actually mean the winter visitors such as the fieldfare, redwing, hawfinch, waxwing, nor any of the other species that head south from Siberia and Scandinavia during the winter to pick the leftover fruit and berries from our season of mellow fruitfulness and find some degree of warmth even if there is another Beast from the East. No, I am talking about the Robin, Erithacus rubecula.

There is all sorts of folklore surrounding this old world flycatcher with its tremulous and flutingly melodic song and its famous breast plumage. But, its appearance on Christmas paraphernalia is somewhat puzzling given that the bird is a resident. It’s fake news that they make an appearance only at the festive end of the year and prefer snow to soil. The bird is here all year, unlike those swifts and swallows which swan off [pardon the pun] back to southern Africa as our days shorten and the temperatures fall. It never leaves.

If I remember rightly, the Robin was voted Britain’s favourite bird. Fair enough, it is a wonderful, bold species with a history of finding a home near human settlements where it will be forever watchful and dart in to catch dropped food and crumbs. They evolved alongside other foraging mammals, such as wild boar, and are quite happy to piggyback in that animal’s stamping grounds too. Despite their popularity and cute appearance they are actually rather aggressively territorial birds and quick to drive away or even attack intruders.

There is one thing about Robins that might have confused all but the most casual observer of their plumage. The species is commonly known as the robin redbreast. But, the feathers on its chest are anything but red. That “rubecula” in its scientific name is also fake news. The rubecula comes from the Latin “ruber” meaning red, same etymology as the precious stone the ruby. Same root as “rufous” meaning red. But, that redbreast is most definitely not red, it’s orange!

So, why isn’t the bird commonly known as a robin orangebreast? Well, you may well ask the same question of a host of other “reds” that are also orange, such as redshanks, red knot, red admirals, and redheads.

The answer lies in the fact that until the 1540s, English had no word for the colour orange. Anything of what we perceive as a red or orange hue was just fifty or so shades of red. It was very black and white, no grey. When the common names were given to various species and hair colouration, whether they were orange or red, it was all the same – red.

The word orange arrived on our shores with the fruit, around 1300, but was used only as the name of the fruit. The word having come from the old French “orange”, which in turn and rather indirectly comes from the Sanskrit word for an orange tree, “naranga”. It wasn’t until the 1540s that the fruity word started to be used for the colour. If there had been any usage of that hue, then in Middle English it was citrine or saffron. Robins were not even always called robins. They were officially known as redbreasts until 1971 and long before that ruddocks, with its allusion to their being ruddy. The bird name robin, of course, also screams red as in ruby, ruby, ruby, despite it coming from the forename.

At least the avian cousin of the robin, the bluethroat is a lot more obvious and trustworthy in its name. It’s a bird with a blue throat. Except of course, you do get ones with a white spot in that blue patch and others with a red spot just to add to the confusion and don’t get me started on pied, white, grey, and yellow wagtails.