15 Games to Play If You Love the Diablo Series

Role-playing video games always provides gamers with a solid story along with a big open world to roam. While RPGS always make gamers feel some sort of empowerment, through the various magical object you can acquire or through creating a big group of people to tackle the adversaries you face in the virtual reality. It’s no argue that franchises like Diablo are popular franchises that belong to the RPG genre. Whether you enjoyed one of the installments or all of the installments, here are 15 games that are intricately similar to Diablo that you should get your hands on if you enjoy the series. 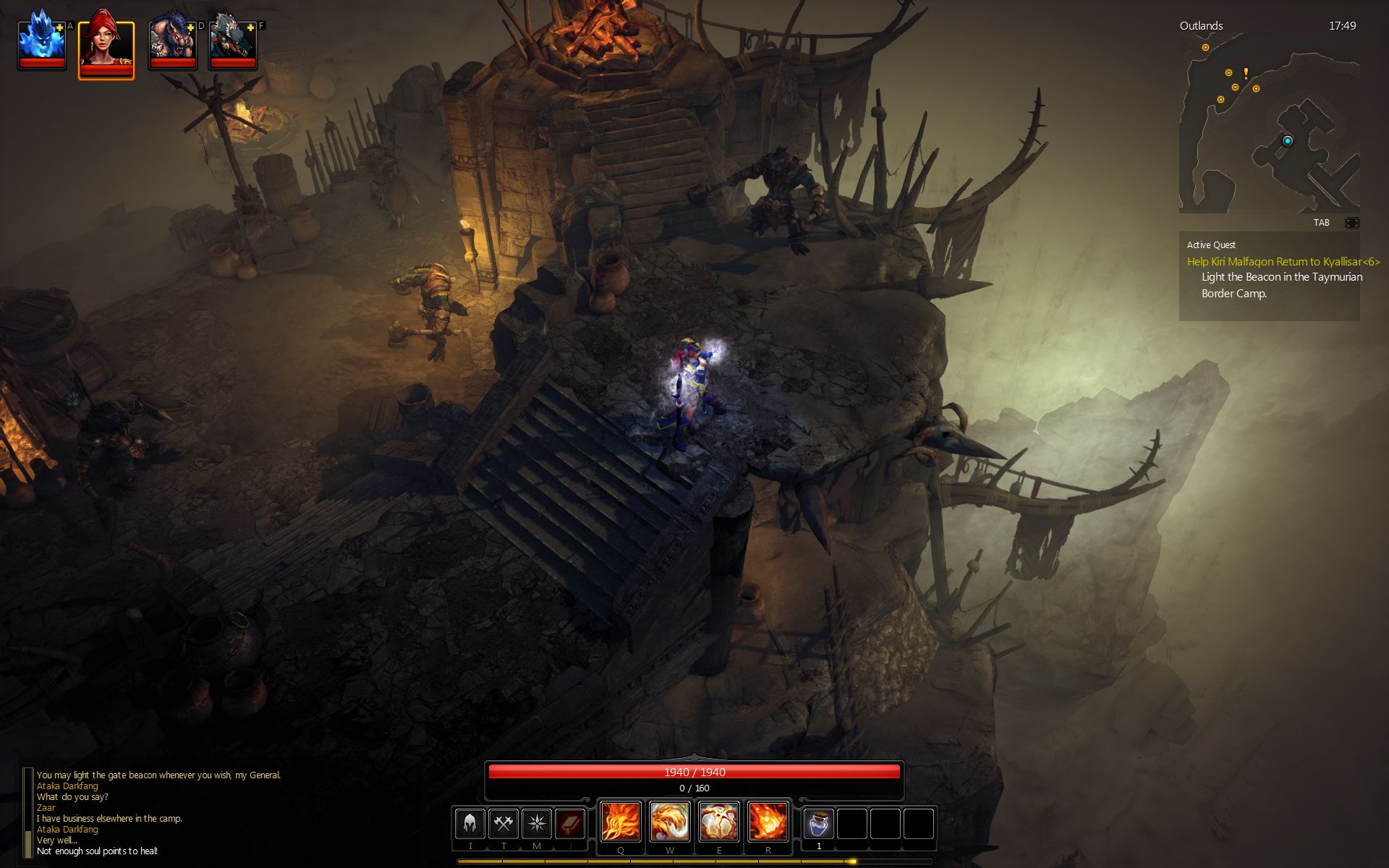 Shadows: Heretic Kingdoms is a 2014 ARPG, the players must assume the role of the Devourer, a mighty demon who can travel back and forth between the human and shadow world, devouring the souls of his enemies is an internal conflict that the main character and the associated unique party system. Seamlessly switching between the Devourer and up to three party members, each with their own special abilities, provides strategic depth in battle, while switching between worlds also allows players to outwit their opponents in battle, avoiding traps and solving puzzles along the way. 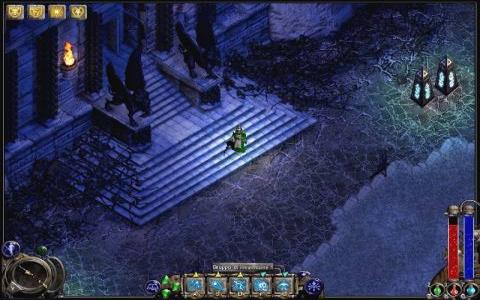 It details the story of Jack, a young man from Earth who is pulled into a high fantasy parallel universe and has to defeat the evil sorceress Hecubah and her army of Necromancers to return home. Depending on the player’s choice of character class at the beginning of the game (either as a warrior, conjurer, or wizard), the game follows three largely different linear storylines, each leading to its unique ending. If the campaign mode does not peak your interest, then players have the option to go online and play multiplayer matches such as capture the flag and deathmatch. The interesting this about our #14 is the fact that Nox and Diablo II were often compared in terms of similarities, it doesn’t necessarily help the fact that Diablo II was released five months after Diablo II so it can be inferred that Diablo II was inspired by the positives this game offered. 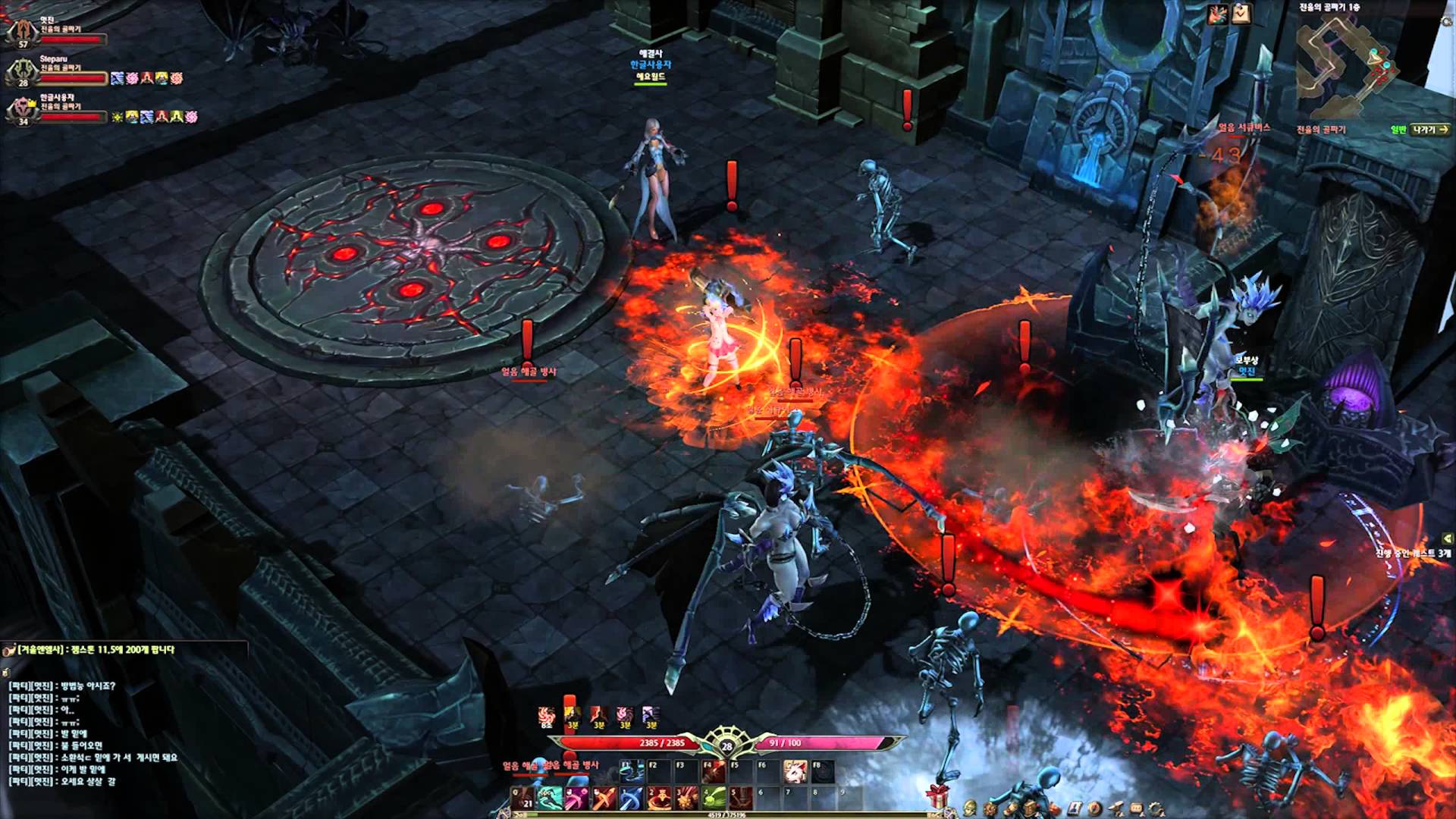 Devilian is a fantasy MMO  where players play a half-devil know as a Devilian which has two forms, a normal form and a devil form with the objective to save the world from a fallen God. Join the fray as a Berserker, Evoker, Cannoneer, or Shadowhunter, within the each Class possesses a unique Devil Form you can level up and unleash to wreak havoc on your foes. Customize your character with advanced Skill Paths, collectible Talismans, weapons, armor, and other implements of dark intent. The players can only individually  level up their forms instead of leveling them up all at once. 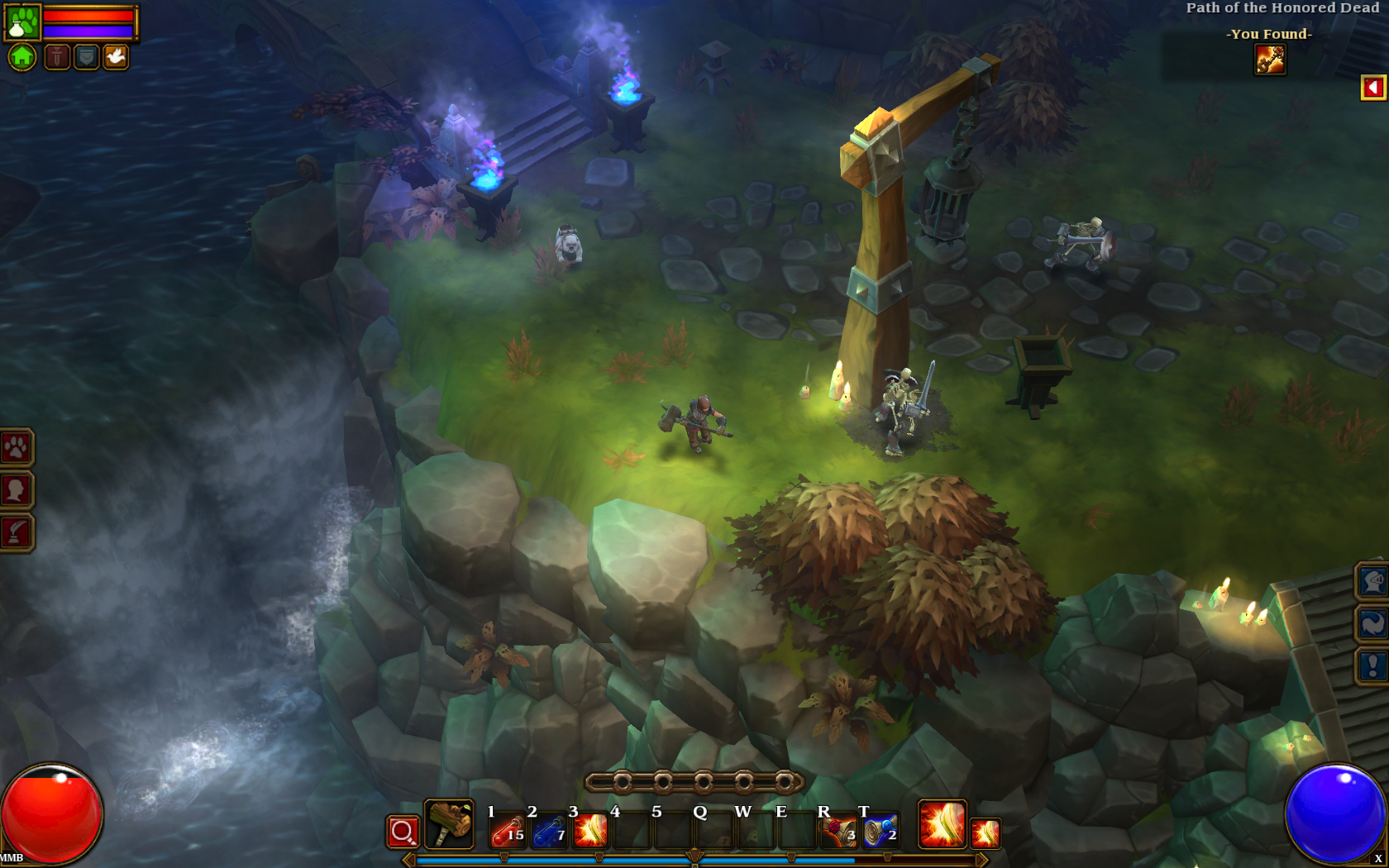 Like the original ARPG, Torchlight, Torchlight II features randomly generated dungeons for the player to explore, and numerous types of monsters to fight for experience and loot. Torchlight II maintains the same basic gameplay as its predecessor, but features overland areas with multiple hub towns, and a longer campaign. While the game retains many features from its predecessor such as pets, and fishing, new features include time of day cycles, weather effects, and a redesigned user interface. 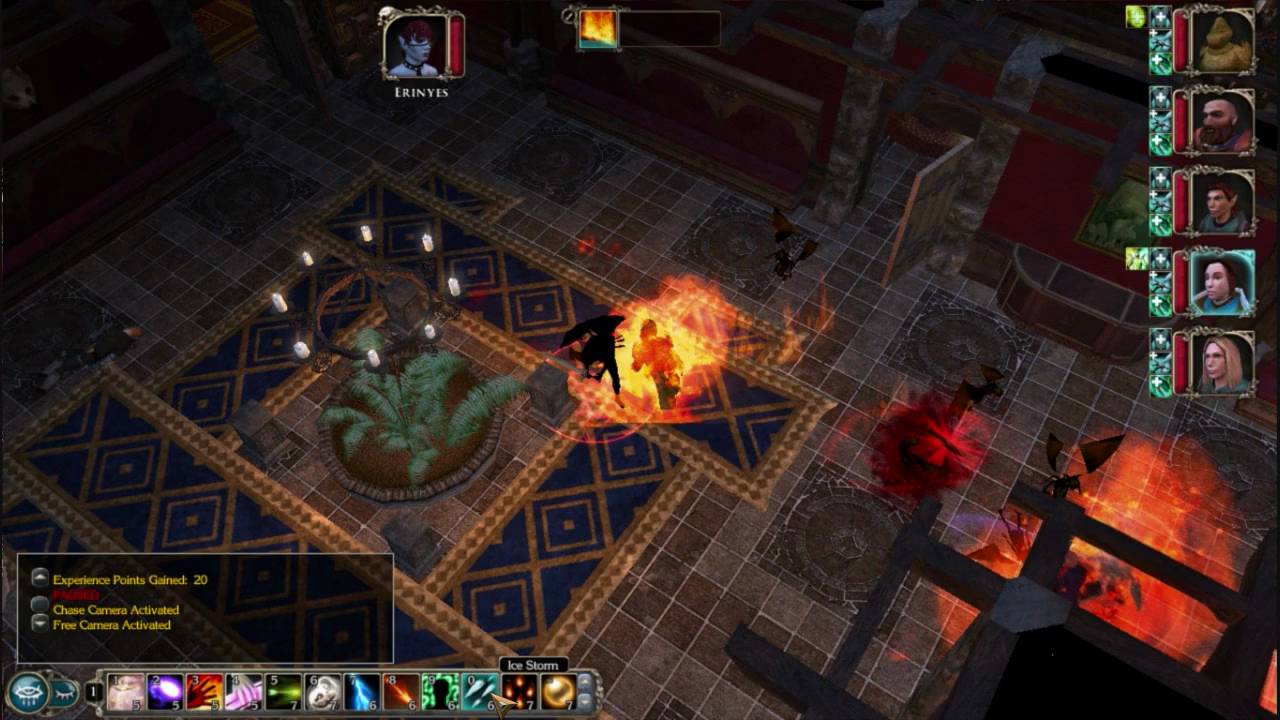 Neverwinter Nights 2 includes an official campaign, which is unrelated to Neverwinter Nights and follows the journey of an orphaned adventurer investigating a group of mysterious artifacts known as “silver shards” and their connection to an ancient, evil spirit known as the King of Shadows. Nights 2 also offers players multiplayer support, a Dungeon Master client, and a toolset where game buyers can design their own modules to distribute to others or to post on the Internet for online play. Some game content, including NWScript based scripts and dialogs, will be directly importable from NWN modules. 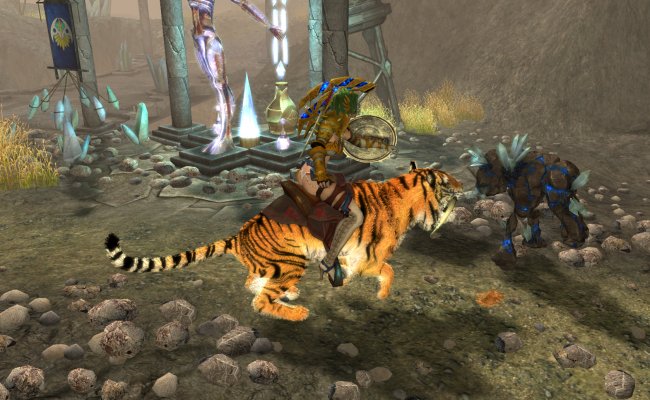 A prequel which takes place 2,000 years before the events of Sacred. Like its predecessor, the game takes place in a fantasy setting. Experience the world of Ancaria in its full glory with Sacred 2: Gold Edition. Containing Sacred 2 Fallen Angel and the awesome add-on Ice and Blood. Defeat countless dangerous enemies; capture powerful weapons and valuable treasures. Prepare yourself for the ultimate battle and become a legend. Many fans of Diablo would be able to find much similarities between the two franchises.

DeathSpank is a satirical action RPG from the creator of Monkey Island. The game follows the titular character DeathSpank as he travels with a wizard known as Sparkles, and the duo seek to claim The Artifact and rid the land of evil. The story begins with The Artifact just out of DeathSpank’s reach. Unable to claim it, he meets with a local witch, who promises to help him in exchange for his services. He provides her with her requested items, and eventually obtains The Artifact. DeathSpan’s scenery is all viewed in a 2 dimensional visual and also offers players charming and really helps showcase the game’s whimsical feel. 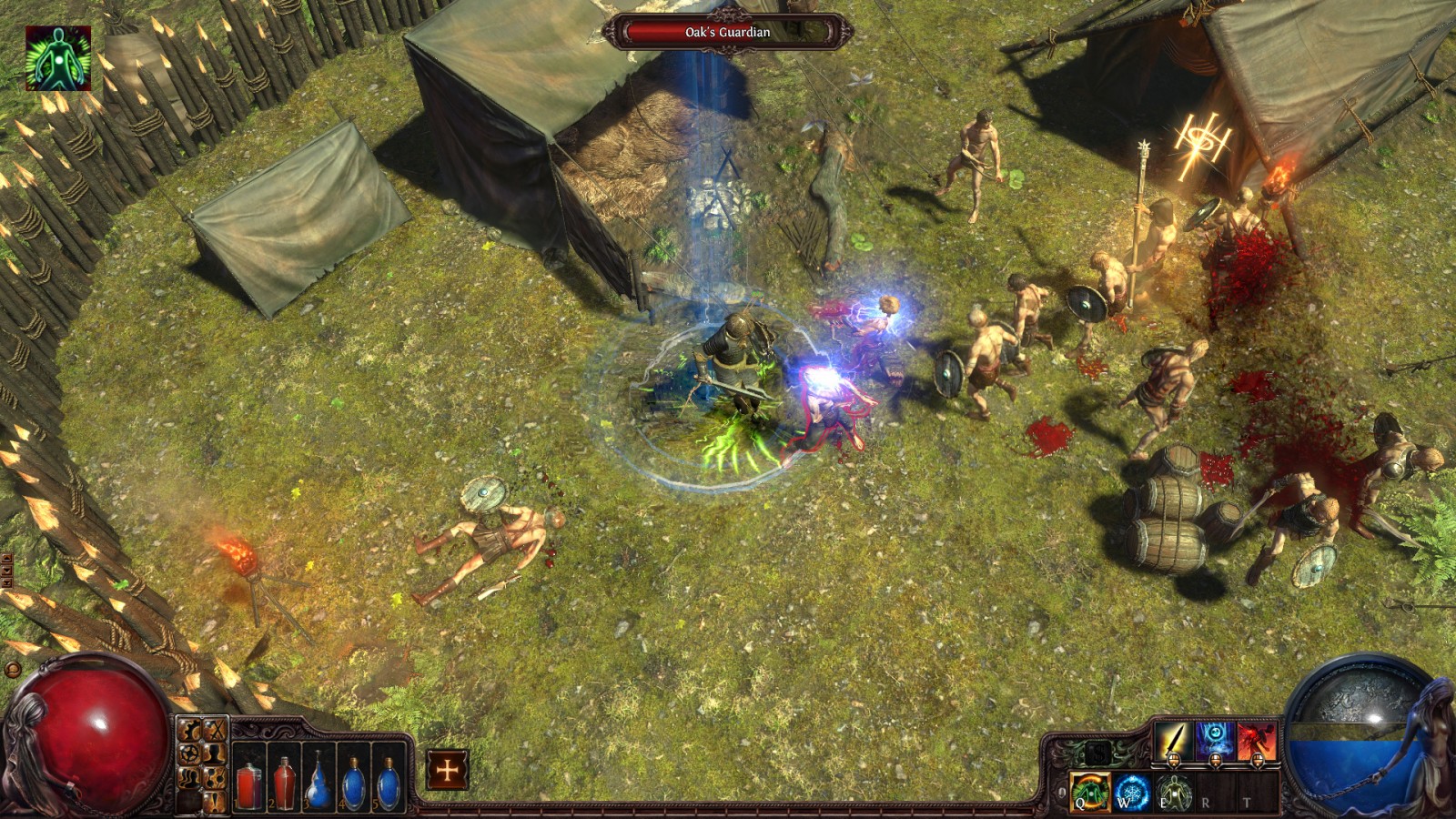 A game influenced and inspired by the Diablo series, Path of Exile is an ARPG  in which the player controls a single character from an overhead perspective and explores large outdoor areas and underground caves or dungeons, battling monsters and fulfilling quests from NPCs to gain experience points and equipment. All areas aside from the central encampments are randomly generated for increased re-playability. While all players on a single server can freely mingle in encampments, gameplay outside of encampments is highly instanced, providing every player or party with an isolated map to freely explore. The strategic depth in character building, exciting item randomization, frequent fine-tuning of character and skill balance, strong virtual economy, and very high replay value makes this game a gem and one of the most innovative on this list. 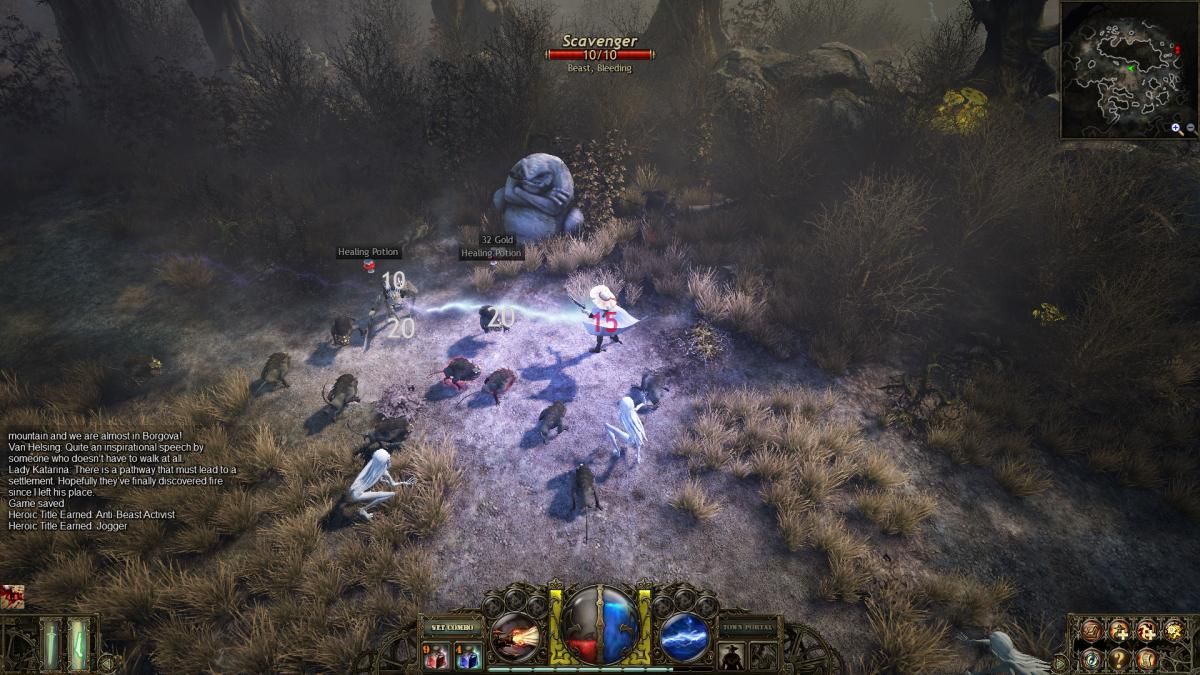 The Incredible Adventure of Van Helsing II is a APRG that is an exclusive to Microsoft’s home console the Xbox One, and is available on mobile smartphone and the PCs. The game takes place in Borgova, the gothic-noir capital of the fictional kingdom of Borgovia. The city is vast, bolstered by anachronistic science, but also filled with evil creatures that this science has created.  The game’s protagonist is the son of Abraham Van Helsing, the vampire hunter from the novel, and it is his job to continue in his father’s footsteps and exterminate the monsters from the city. The game also features an online, 4 player co-op campaign, but can also be played fully in solo mode, with your lover and trusty follower, Lady Katarina. 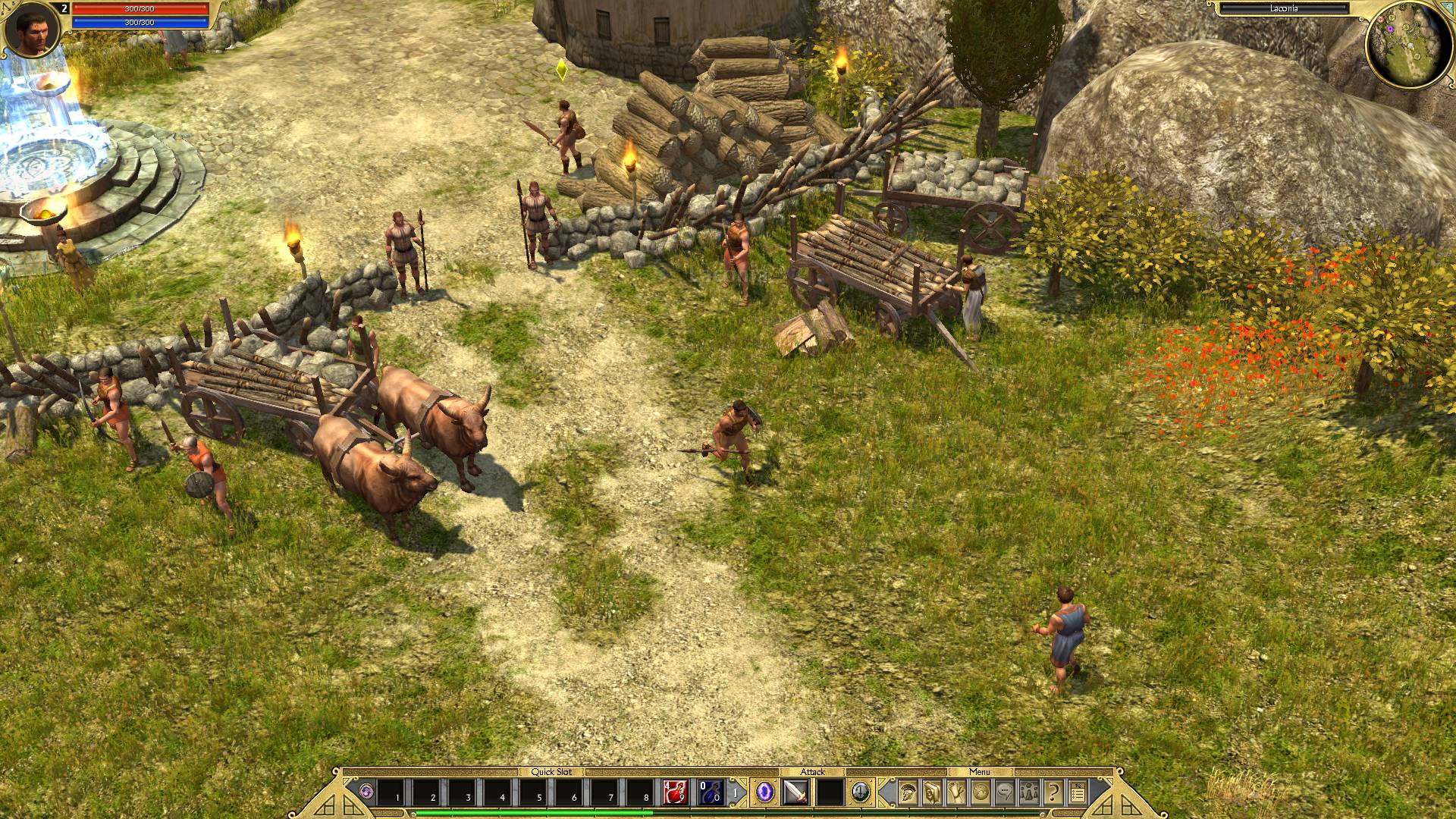 A hack and slasg APRG, Titan Quest is based on the end of communication between the gods and humanity. The main character (whose name and sex can be chosen by the player) begins the quest on a dirt road near a small village named Helos. The world has been overrun by beasts and creatures (drawn largely from mythology) that are terrorizing the countryside wrecking harvests, burning temples, invading villages and cemeteries, besieging cities, and the objective for the players is to save the world by destroying the beasts terrorizing the world they inhabit. 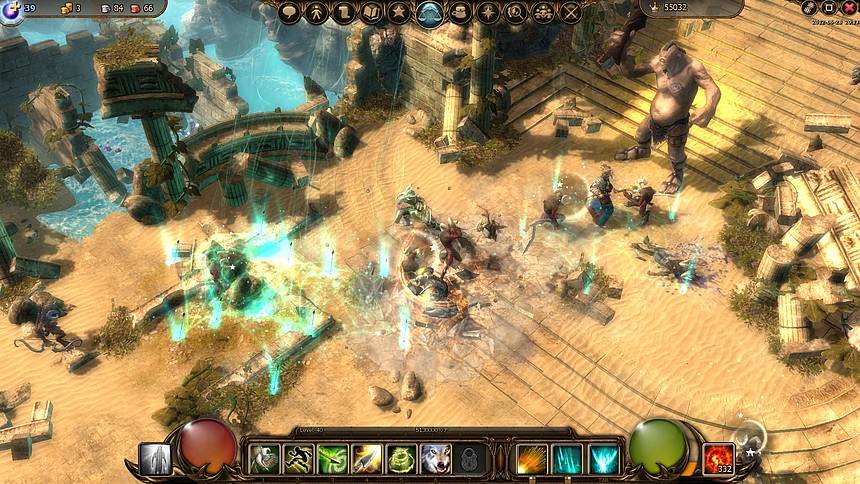 One of the small handful of games to be developed by the European Union, Darkensang Online is a freemium MMORPG developed by Bigpoint Berlin. The players creates a character by choosing to play as one of the four different character classes each of which has a different set of attributes. Players are also able to choose to play solo or have a few buddies join them on their quest. 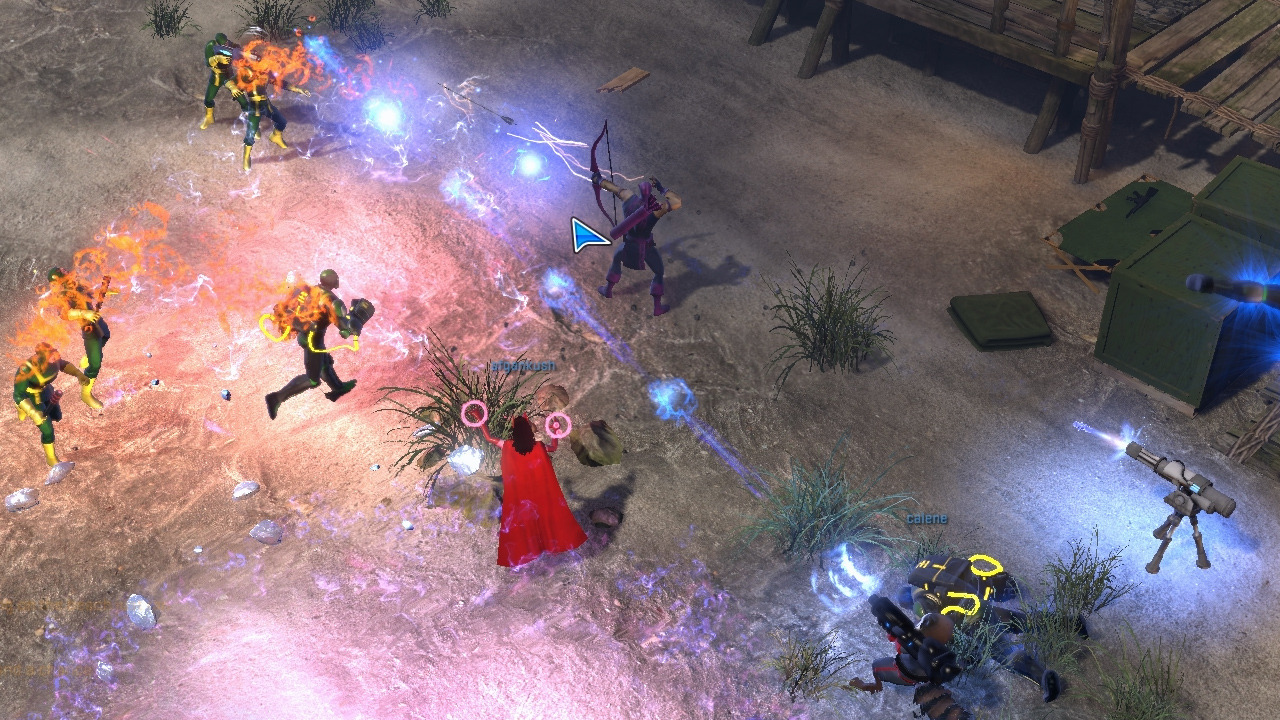 Ever wanted to play as your favorite Marvel character in a MMO type environment? Marvel Heroes is a free-to-play MMO, that features  superheroes from the Marvel Universe. The main focus of the game deals with Doctor Doom obtaining the Cosmic Cube and features other super-villains trying to prevent the heroes from interfering with Dr. Doom’s use of the Cube. After stopping Doom, you can unlock the Bifrost Bridge to Asgard. The best feature about this game is the developers do not force gamers to purchase any content through micro-transactions to play the entire game. 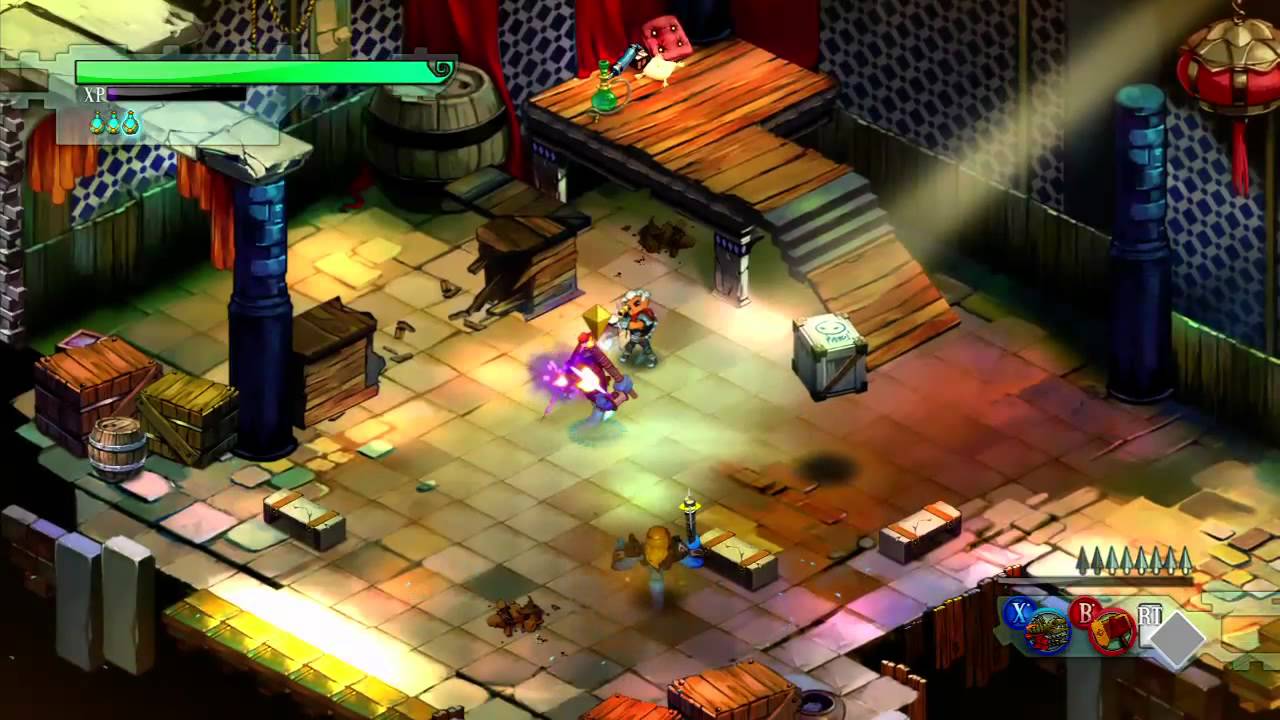 Bastion is an Action RPG the player controls “the Kid” as he moves through floating, fantasy-themed environments and fights enemies of various types. It features a dynamic voiceover from a narrator, and is presented as a two-dimensional game with an isometric camera and a hand-painted, colorful art style. Bastion ’​s story follows the Kid as he collects special shards of rock to power a structure, the Bastion, in the wake of an apocalyptic Calamity. 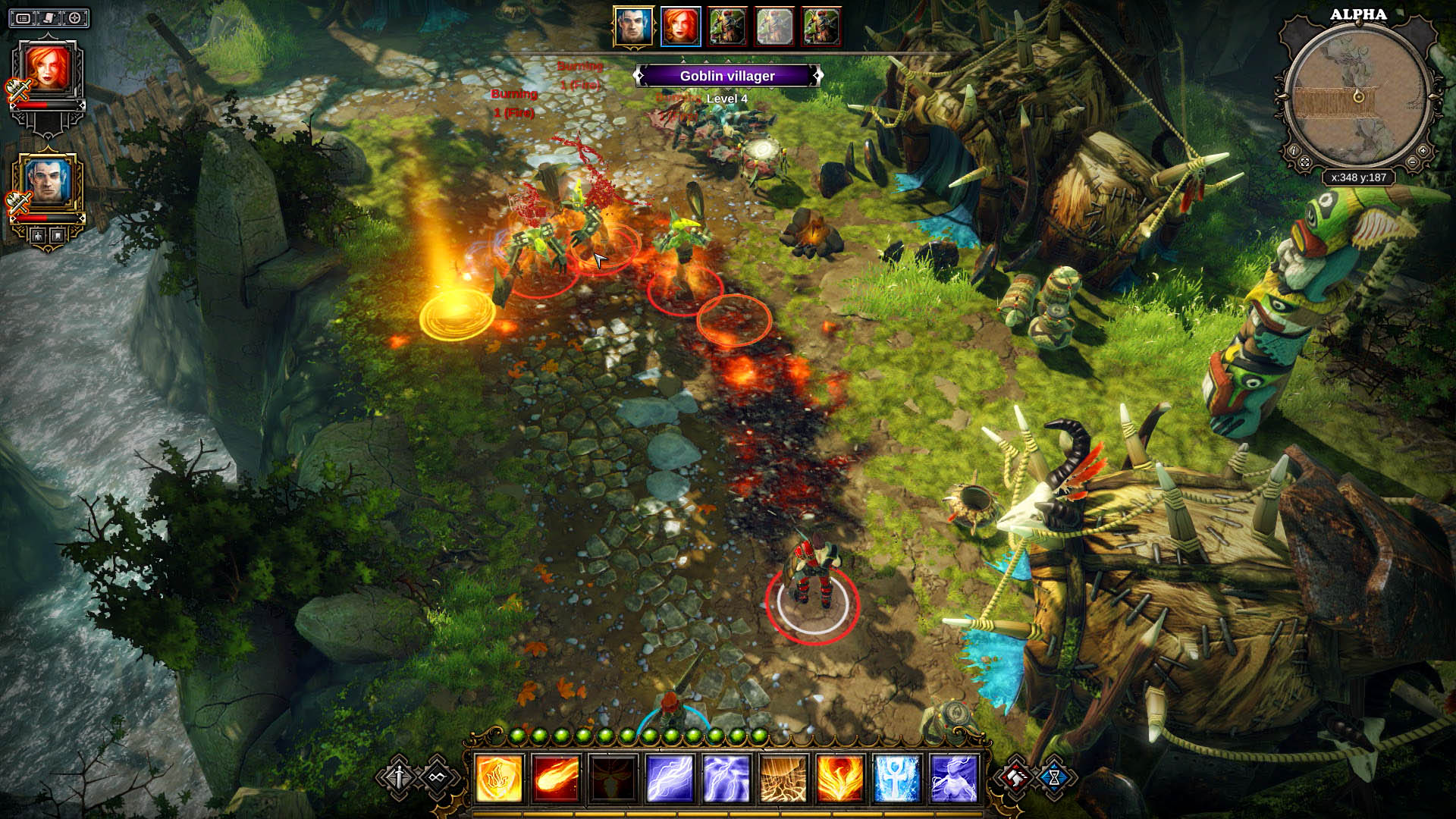 A prequel to Divine Divinity, Original Sin is a single-player and cooperative multiplayer fantasy role-playing video game, developed by Larian Studios. The game ships with the editor that created it, allowing players to create their own single-player and multiplayer adventures, and publish them online. Players control two heroes: a condemned warrior released from his chains and a mystic heroine restored to life. The game touts turn-based combat, cooperative multiplayer, and a highly interactive world and includes a full-fledged modding tool. making this a great pick up for anyone who loved the predecessor. 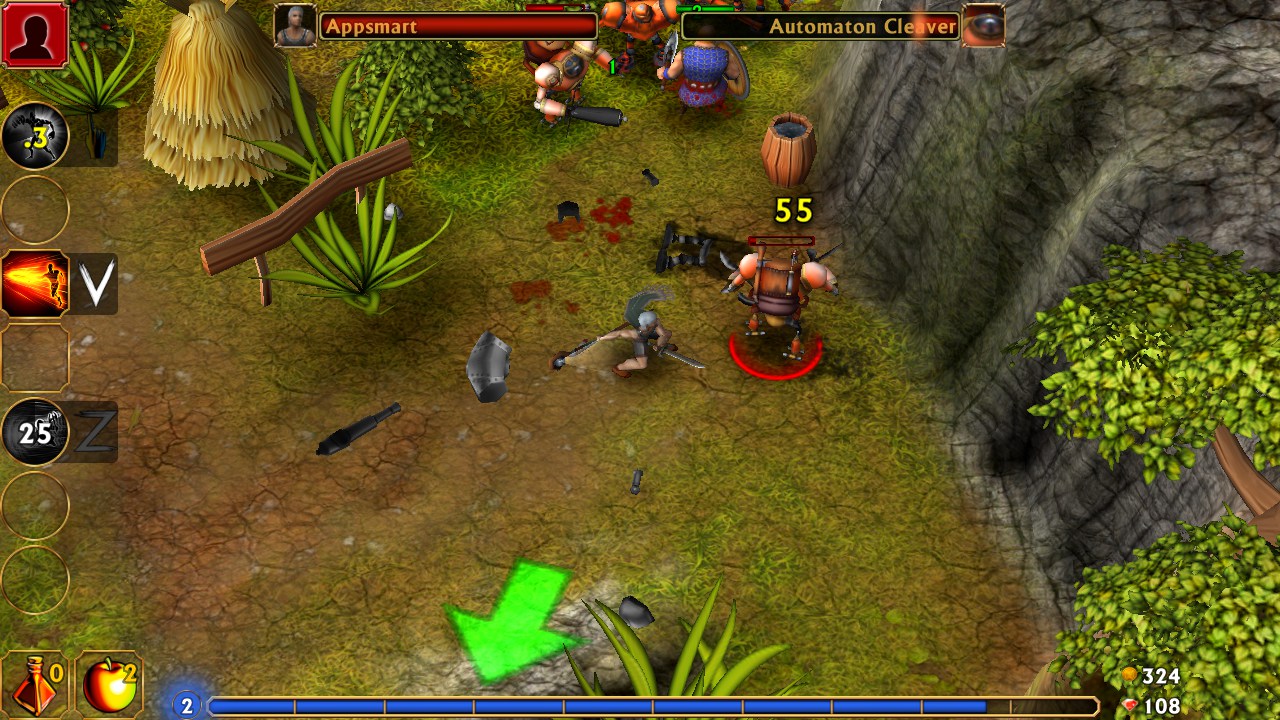 Mage and Minions is an action RPG available on your phones. With the option to play online or offline players can fight spectacular real-time battles against hordes of skeletons, robots, beasts, demons, aliens, dragons and many other minions, unlock and upgrade your armor, weapons and minion companions as you journey from magical villages to remote mountaintops, dark dungeons to alien worlds, find weapons and loot, learn mind-bending spells, and recruit companions to help you in your battle to save the worlds from impending doom and become a hero of the world.

Thanks for taking the time to leave your comments below with suggestions and game titles like Diablo that deserve to be on this list, and we will periodically update it with the best titles.