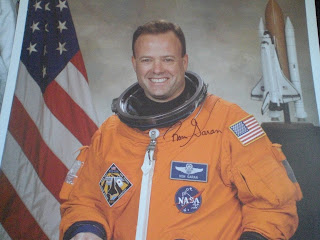 Signed photograph of Astronaut Ron Garan.
Yesterday, my boyfriend Rex and I went to a special Valentine's Day edition of Nasa Tweetup.  This was our second tweetup.  Our first tweetup was back in October 2011. The link to my blog entry on that adventure can be found here. We saw two astronauts, Sandy Magnus and Chris Ferguson from STS-135, the last space shuttle mission at NASA.

I found out I had been selected for the Ron Garan @Astro_Ron tweetup in Washington, DC on January 30th. I was delighted because only 150 people were randomly selected for this event and the last tweetup I had gone too, I had been on the waitlist. I replied with my response (heck yeah I was going...I didn't write that hehe) and was set for the February 14th tweetup.

From the NASA site, "Garan spent 164 days in space during the Expedition 27 and Expedition 28 missions to the International Space Station. He and his crewmates launched April 4, 2011, and returned to Earth on Sept. 15, 2011. Aboard the station, the crew worked on a variety of microgravity experiments and hosted two space shuttle missions, including the last shuttle to visit the station. Garan also participated in the last space-shuttle-based spacewalk during the STS-135 mission." Garan also took pictures of his time in space and shared them on his Twitter account and on his blog Fragile Oasis blog.

There were many people at the event. Some of the farthest came from Arizona and California.  There was a large show of hands, for first time attendees and it was nice seeing a big addition to the NASA tweetup family.  A full list of the attendees can be found here. Thank you to everyone who contributes towards putting the wiki together :-)

At the tweetup we introduced ourselves by our twitter handle and expressed our gratitude towards Stephanie Schierholz @schierholz, who stated that this was her last tweetup for NASA and was her last official event as an employee of NASA. She has moved on to Raytheon. Garan was very personable and had a great sense of humor. He answered many of the audience's questions. One of my favorites was about Underseas Laboratories. Garan explained about his life and space and mentioned events like viewing lightning storms, auroras, and watching falling meteorites, as some of his favorite moments in space. He also likes seeing the lights on Earth. He discussed the idea of energy from the moon and how it is greater because it doesn't go through the atmosphere, nor is it hindered by weather.  He talked what he missed on Earth while at the International Space Station (ISS) and his told of a time when space junk was headed toward the ISS and that he and his other crewmates had practiced for moments like that. Thankful the space junk did not hit the ISS. Garan stated that the smell of space, is burnt metal and that space exploration is learning about life on Earth from an outside view. "Nothing is impossible," he said.

A sequel to the ISS Blues was shown at the event and displayed Garan playing his guitar and other crewmates. The first ISS Blues was shown back in September 2011. According to Garan, "You gotta have fun, or else you'll go crazy." A timelapse of the ISS flyover Earth was shown as well. It was absolutely breathtaking seeing the lights on Earth and the aurora. I drooled at the aurora. The event ended with a special presentation for Stephanie, honoring her for all the work she's done helping to put NASA in a more social media environment. I'd like to thank NASA, Stephanie, Astronaut Ron Garan and the everyone else involved in the production of this tweetup. It is a great way to connect with NASA and I hope to attend many more in the future. It's also a wonderful way to meet new people. Shout out to my NASA Tweetup family :-)  Here are some pictures from the event: 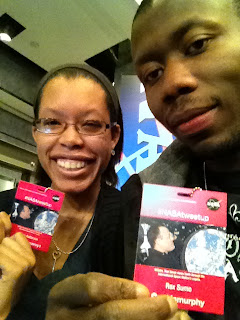 My boyfriend Rex and I with our badges. 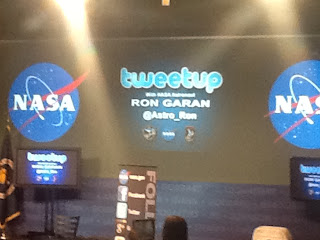 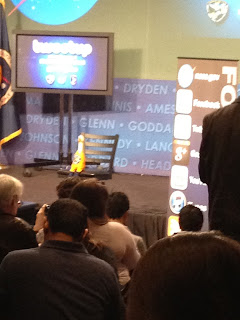 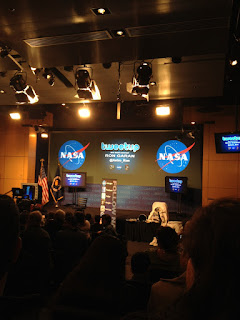 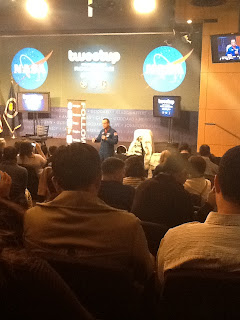 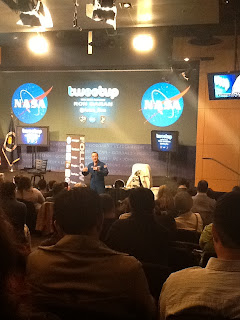 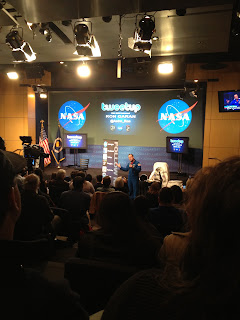 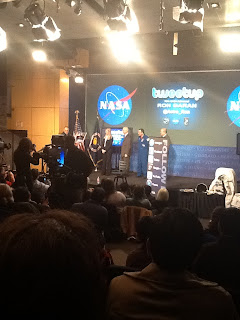 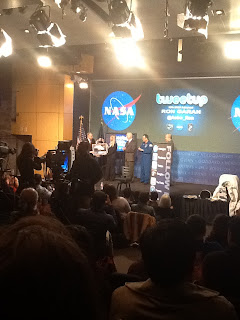 Stephanie receiving her gift from NASA.
Here is a picture Stephanie tweeted of her gift. 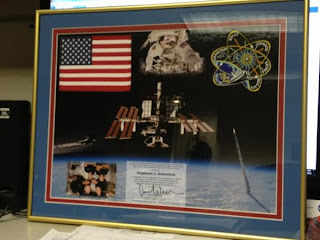 Some goodies we got from NASA: 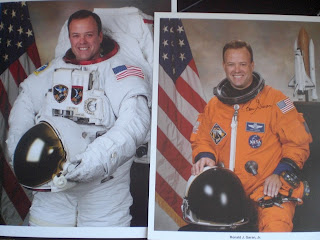 Headshots of Astronaut Ron Garan. This includes the signed photograph featured at the top of the blog post. 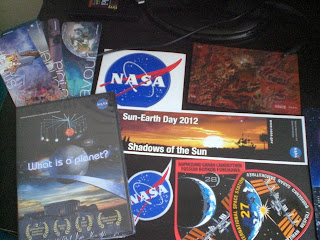 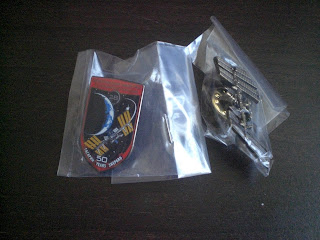 A pin of the ISS and of the Expedition 28 mission. 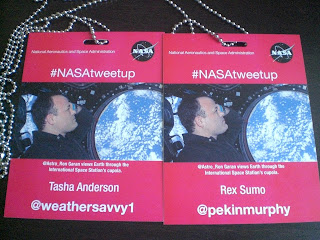 Our badges.
For more information about Ron Garan, check out this link.
"We are all riding on a spaceship, we call Earth," - Ron Garan.

JoJo Siwa le presenta al mundo a su n…
Signs Of Carpenter Ants In Your Home
Spider-Man: If This Be My Destiny - L…
Car Sex The Best 6 Positions
How to Write Your About Me Page: Guid…