Poco is all set to launch their next Smartphone, the Poco M3 on November 24, the successor of Poco M2, and folks over the 91Mobiles leaked out the renders of the phone revealing its new design. 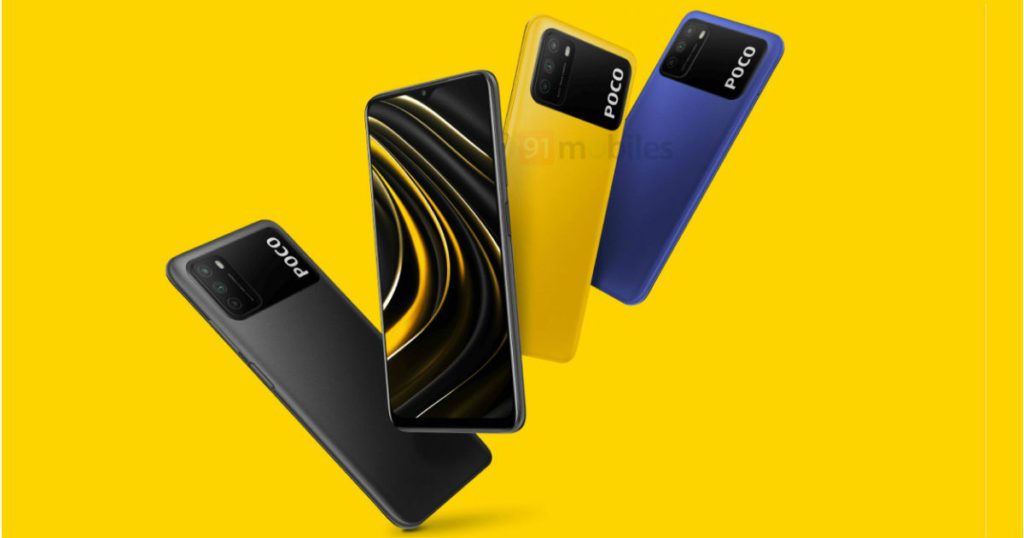 The first thing you’ll notice is the huge camera module at the back which resembles one of the recently launched smartphone, the OnePlus 8T Cyberpunk Edition, which debuted in China earlier this month.

The rectangular camera module at the back houses the triple camera array consisting of a 48MP primary sensor along with an LED flash adjacent to it, complemented by remarkably huge POCO branding. On the front, the screen has a waterdrop notch at the top for the front camera.

Speaking of specifications, the 91Mobiles report suggests that the Poco M3 will be sporting a 6.53-inch FHD+ display. Further, it is expected to be powered by Qualcomm Snapdragon 662 SoC coupled with at least 4GB of RAM, with a 6000mAH battery powering the phone with support for 18W charging. The smartphone will be launching in three colours – black, yellow, and blue.

There is no word at the pricing yet but considering that M3 is being powered by a 6-series SoC and that M2 was a budget-oriented smartphone, the Poco M3 is also expected to follow the same.

The Poco M3 might launch later as a rebranded Redmi smartphone since both Redmi and Poco share Xiaomi resources. According to few reports, the M3 is expected to be a rebadged Redmi Note 10 4G which is expected to launch soon in China and appeared on Chinas’ certification portal TENNA with similar specifications.