Researchers Reveal Potential of SADS-CoV Spreading from Animals to Humans

According to a new study published in the journal PNAS, a strain of coronavirus SADS-CoV, which causes acute diarrhoea in piglets may have the potential to spread to humans as well. Researchers say the virus could “negatively impact the global economy and human health.”

The team of experts involved in the study were from the University of North Carolina (UNC) at Chapel Hill in the US. Since its discovery in 2016, it is believed that the coronavirus strain, referred to as swine acute diarrhoea syndrome coronavirus emerged from bats. SADS-CoV is derived from bat coronaviruses called HKU2, a heterogeneous group of viruses with a worldwide presence. 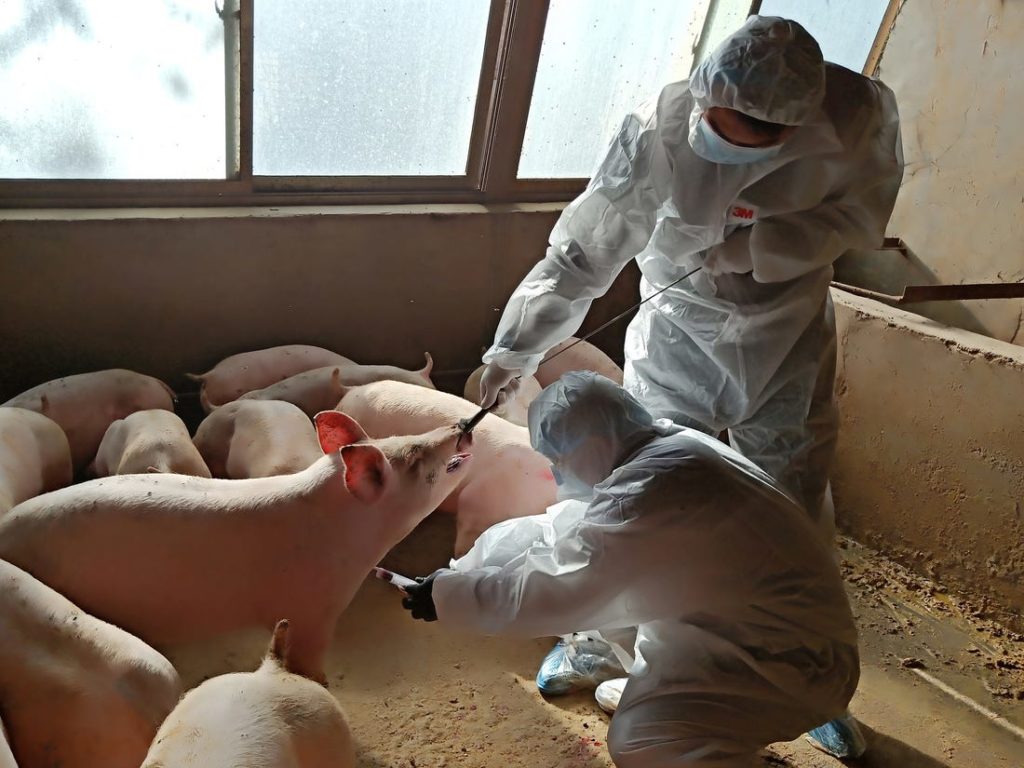 The virus causes severe diarrhoea and vomiting symptoms, especially in young piglets. It is deadly and has infected herds of pigs all throughout China. Such an outbreak has the tendency to wreak economic havoc in many countries globally, more so on the ones relying on the pork industry.

As a matter of fact, it comes from the same family of viruses as the betacoronavirus SARS-CoV-2, which has caused the respiratory illness COVID-19 in humans, leading to the ongoing pandemic. Scientists informed that SADS-CoV is an alphacoronavirus causing gastrointestinal illness in swine. The strains found in animals might infect humans as well and the phenomenon is known as “spillover.” 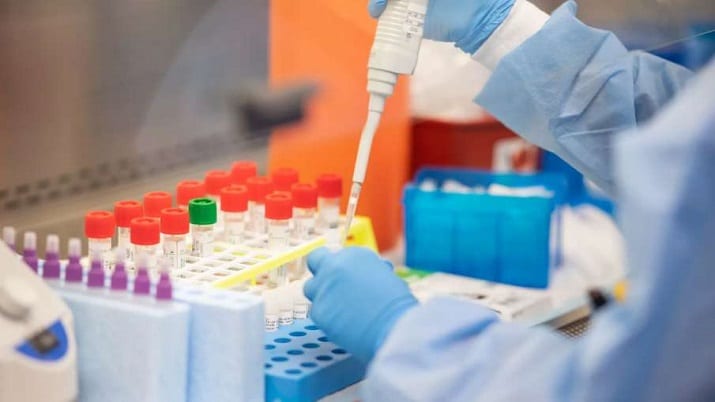 According to the experts, a wide range of mammalian cells that includes Primary Human Lung and intestinal cells, are prone to SADS-CoV infection. Unlike the novel coronavirus which primarily infects lung cells, the new virus shows a higher rate of growth in intestinal cells found in the human gut. The virus can efficiently replicate in human liver and gut cells, along with airway cells.

“Efficient growth in primary human lung and intestinal cells implicate SADS-CoV as a potential higher-risk emerging coronavirus pathogen that could negatively impact the global economy and human health,” the scientists wrote in the study. However, it is distinctly different from two circulating common cold alpha coronaviruses in humans, HCoV-229E and HCoV-NL63. 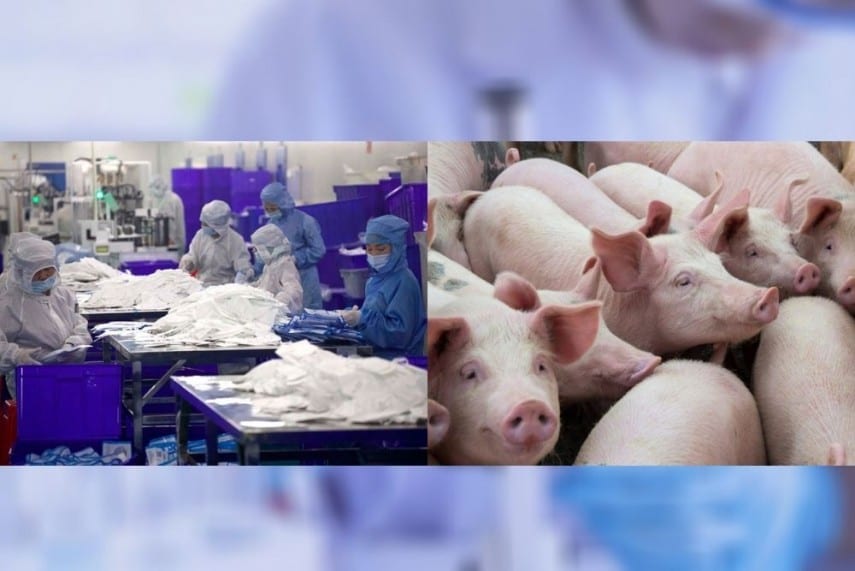 In the words of study co-author Ralph Baric, a professor at UNC-Chapel Hill, “While many investigators focus on the emergent potential of the beta coronaviruses like SARS and MERS, actually the alpha coronaviruses may prove equally prominent — if not greater — concerns to human health, given their potential to rapidly jump between species.” Certainly, surveillance and early treatment of infected piglets may give us an opportunity to control larger outbreaks and the potential transfer into humans. Baric said vaccines may be key in suppressing its global spread in the future

Caitlin Edwards, another co-author of the study is of the opinion- “It is impossible to predict if this virus, or a closely related HKU2 bat strain, could emerge and infect human populations. However, given the broad host range of SADS-CoV, coupled with its ability to replicate in primary human lung and gut cells, denotes a potential risk for future emergence events in human and animal populations.” 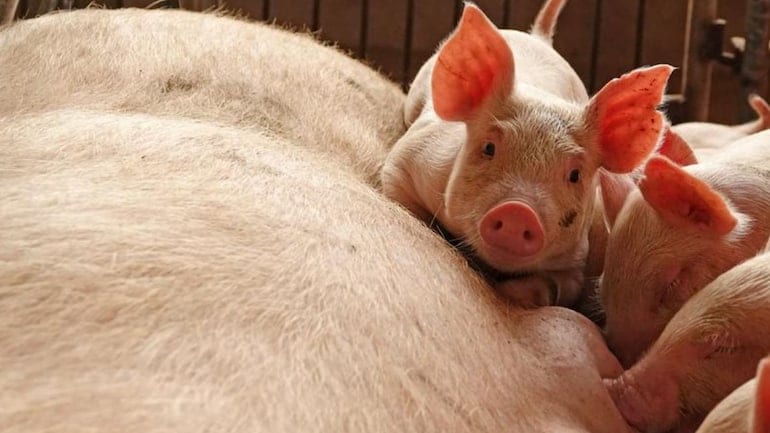 Edwards and her team tested the broad-spectrum antiviral Remdesivir as a potential method of treatment for the infection. The preliminary results depicted that it had robust activity against SADS-CoV. However, more testing is required on additional cell types to confirm these findings. “Promising data with Remdesivir provides a potential treatment option in the case of a human spillover event,” Edwards said.

She further added, “We recommend that both swine workers and the swine population be continually monitored for indications of SADS-CoV infections to prevent outbreaks and massive economic losses.” Recently, many studies have suggested that cross-protective immunity often prevents people from contracting many coronaviruses present in animals. On the other hand, researchers revealed that humans have not yet developed a vaccine or found any such cure to SADS-CoV as of now. It’s an ongoing process and no proper or effective solution has been shared by the scientists yet.

This post first appeared on TechQuila, please read the originial post: here
People also like
BECOMING A SUCCESSFUL BUSINESS OWNER: 10 KEYS TO SUCCESS IN BUSINESS
Online Black Friday Deals for Cell Phones
Karen S. Wiesner: Fiction Fundamentals: Writing Elbow Grease, Part 6 Conclusion
Cat Toy Self-Hi Sucker Spring Rabbit Hair Ball Interactive Play Pet Supplies Interactive Toys
Tenorshare 4DDiG Review: Is it the Best Data Recovery Software？
The Benefits of Hiring a Professional Hand Piler for Your Home
The Fundamentals of Ethical Design
A Collection of Many Things on My Mind, Including the Fall of Democracy!
THE COME UP: An Oral History of the Rise of Hip-Hop by Jonathan Abrams - OUT NOW!
How Brain Decoding Technology Is Helping Us Understand The Human Mind
This Shocking New Discovery May Change the Way You Think About Metabolism
Satisfaction of the Mind Stems From Comparison
20 Best Pools in Las Vegas

Researchers Reveal Potential of SADS-CoV Spreading from Animals to Humans