HomePod Mini: Two years ago Apple forayed into the smart speaker segment with the Homepod, which was not received well by the audience and it was being crowned as the ‘dumbest smart’ speaker by a bunch of tech enthusiasts. Fast forward to 2020, we have a smaller HomePod dubbed as HomePod Mini which is touted to be smaller, yet smarter than its predecessor according to Apple.

The HomePod Mini follows the same design language but is half the size of the original HomePod. It has Siri built-in as you’d expect from an Apple device. Further, there’s a new backlit touch panel on top and it also boasts the Ultra Wide Band capabilities, all thanks to the U1 Chip debuted back in 2019 with iPhone 11. 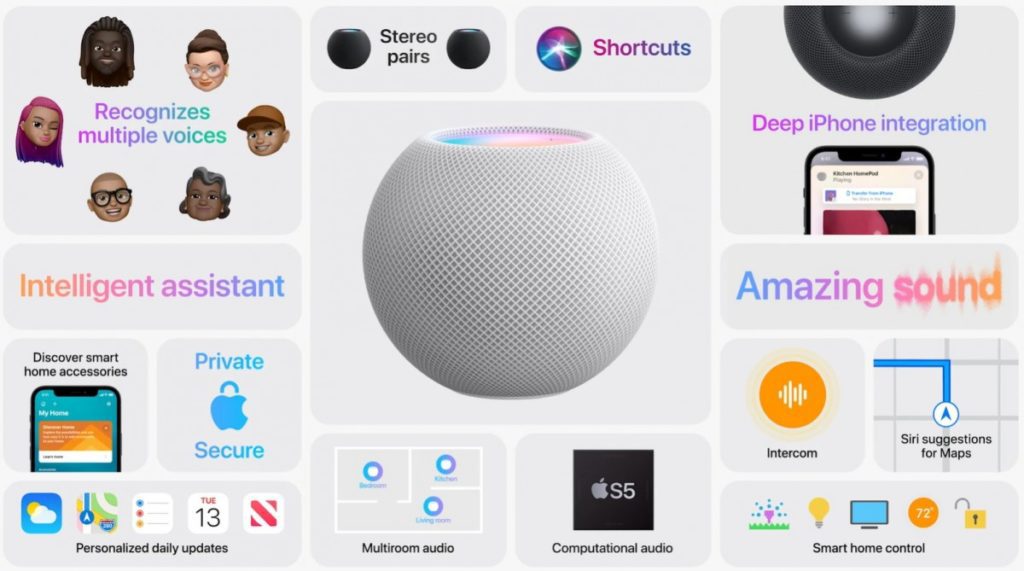 HomePod Mini also brings the new ‘Intercom’ feature which will allow users to send messages from one HomePod to another or some other Apple device including iPhones, iPads, Macs, AirPods, and even CarPlay. It will play messages on the HomePod and Airpods while on you will be getting a notification on other devices.

The touch panel on the top illuminates whenever Siri is activated. It lets you control your music like play and pause, and also offers volume control. The speaker inside has a full range dynamic driver and two high excursion passive radiators for boosting bass. It gives a 360-degree audio output. You also get an option to pair multiple HomePod Mini’s together.

Apple is focusing a lot on privacy with HomePod Mini and that’s what you expect from the Cupertino giant. Apple says that it will only store your audio if you allow it to and everything is encrypted. Further, your personal updates will be available to you in your home only.

Apple, Please give us AirTags now! 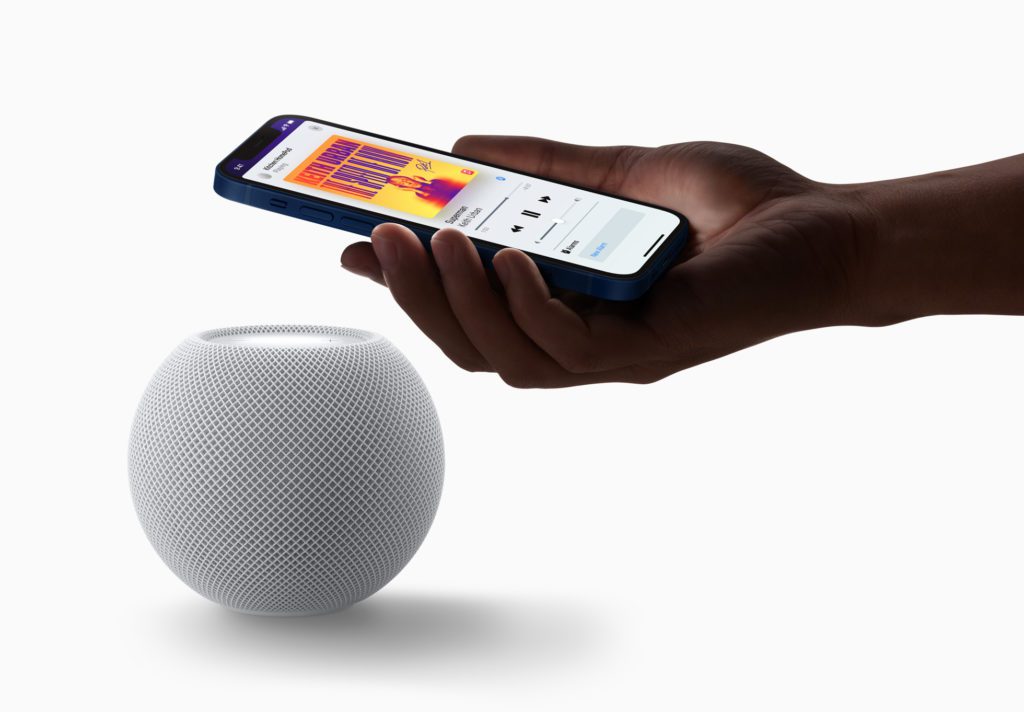 The HomePod Mini is being powered by the Apple S5 chip, the same chip can be found on Apple Watch Series 5 and Watch SE. The S5 chip in HomePod Mini gives it AI capabilities which mean it will be constantly adjusting loudness and dynamic range in real-time based on whatever is playing. It also packs the U1 chip which gives it UBW capabilities. It will allow HomePod to track your iPhone or Watch packing U1 chip. The U1 chip will also boost the functionality and usefulness of the HomePod Mini by providing a wider HomeKit application.

The HomePod Mini will be available in White and Black for $99. In India, it will be retailing for Rs 9,900. You can preorder is starting November 6 in the United States, India, Canada, France, and Germany. The official sale will start on November 16.