Eros Now’s Halahal Review: An Engaging Crime-Thrilled Based On the 2013 Scam

Halahal premiered on 21st September 2020. Directed by Randeep Jha, produced by Zeeshan Quadri, and scripted by Zeishan and Gibran Noorani, the Film is based on the 2013 Vyapam Scam. The 97-minutes-long film stars Barun Sobti, Sachin Khedekar, Manu Rishi Chadha, Purnendu Bhattacharya, and Tilak Raj Joshi alongside other cast members.

Back in 2013, the greedy face of the education industry came into light with the Vyapam Scam (Vyavsayik Pariksha Mandal). The scam was an entrance examination, admission, and recruitment scam that was unravelled in Madhya Pradesh. It involved some influential and big names including politicians, senior and junior officials, and businessmen systematically employing imposters to write entrance papers, manipulate exam hall seating arrangements, and supply forged answer sheets by bribing officials allotted to the respective centre. The scam was as big as it gets. 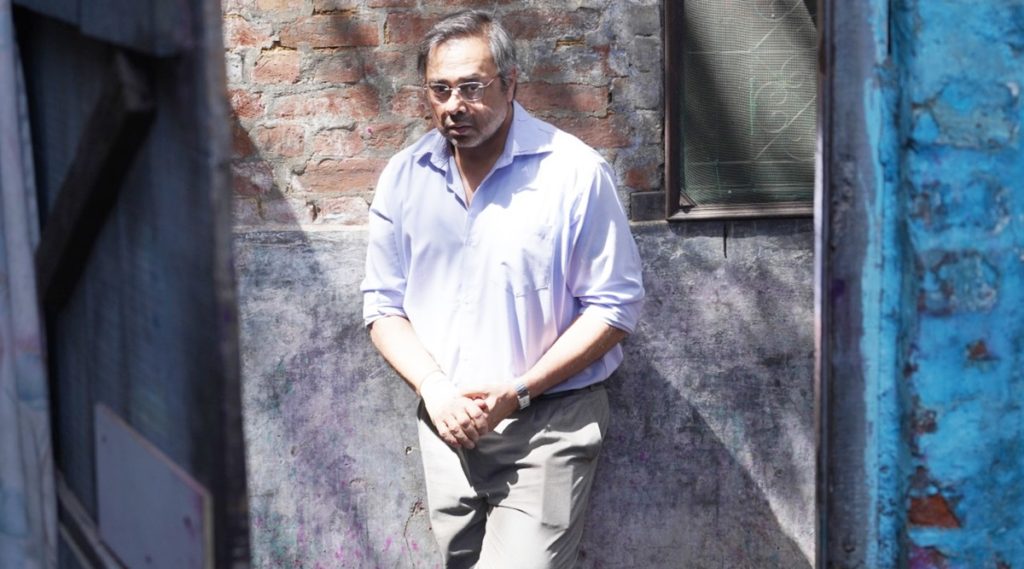 Halahal revolves around the death of a medical student named Archana (Enab Kizra), which is ruled as suicide by the cops without proper investigation. At the very start of the film, we see Archana chasing someone asking for a pen drive that seems to be of big importance to her, and this is when she is hit by a truck and dies on the spot. However, the next morning her charred body is found on the roadside. From the very start, the viewers know that it is not a suicide but something more sinister.

After this, we are introduced to Dr. Shiv Shankar Sharma, Archana’s father, who believes that foul play is involved in her daughter’s sudden demise and decides to go to any extent to get her daughter justice with the help of a cop, Yusuf Qureshi (Barun Sobti). What unravels is the dirt that is taking over the education industry. The question is, will the duo be able to solve the mystery or will they succumb to the corrupt goons around them? 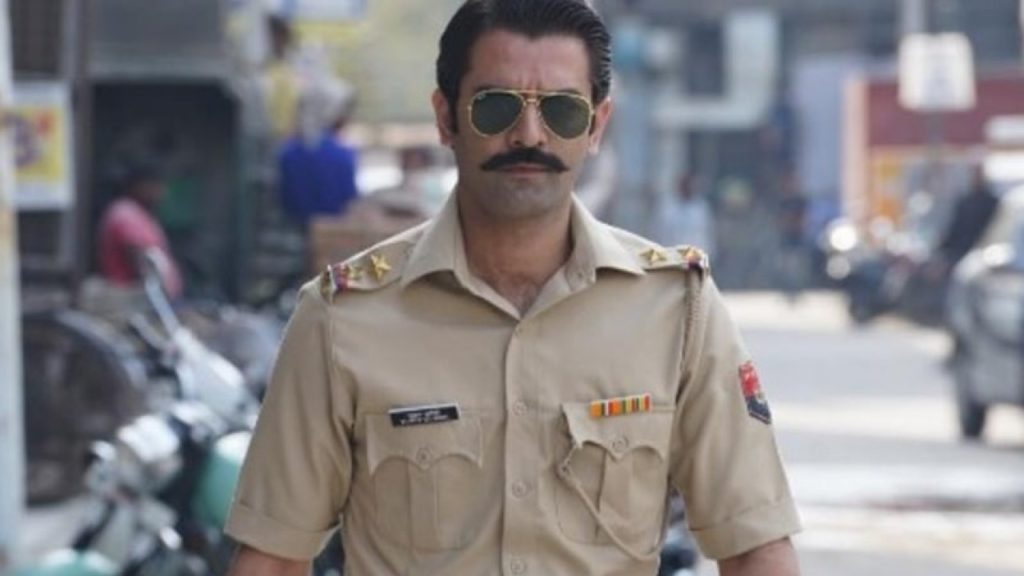 Debutant director Randeep Jha sets his story Halahal (meaning venom) in the town of Ghaziabad and equips the storyline with a stellar star cast that keeps you at the edge of your seat and the mystery is maintained till the very end of the film and it does not get tiresome! Belonging to the crime-thriller genre, the film does justice to the concept and with Barun Sobti and Sachin Khedekar in the lead, the film holds on to its narrative strongly.

The conceptualization isn’t something extremely new but the way the film carries forward its premise is worth watching. 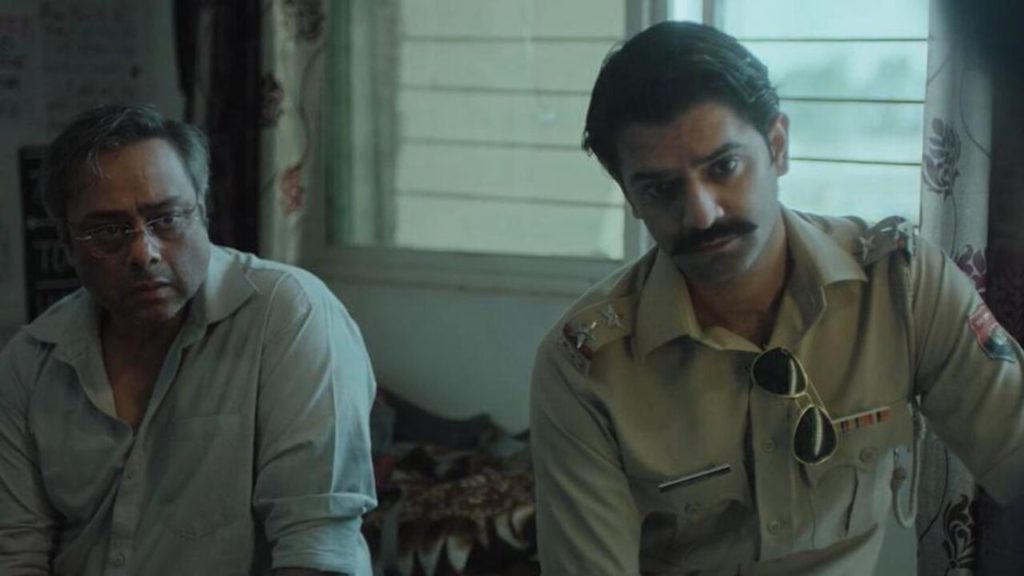 Talking about the star cast, Sachin Khedekar as Dr. Shiv Shankar Sharma plays a stellar role and through his character, the theme of a father-daughter relationship, the bias of the judiciary towards the common man, grief and greed are brought into the light. His performance is engaging and nail-biting as he depicts the plethora of emotions he experiences both as a father and a common man.

Barun Sobti as Yusuf Qureshi carries his role forward with strength and boldness with both his corrupt and moral sides. His character adds a layer to the story and helps Dr. Sharma push forward, ultimately resulting in betrayal and death. His character connotes the corrupt and twisted judiciary.

While Sobti and Khedekar are the driving forces of the movie, the other cast members – Manu Rishi Chadha, Purnendu Bhattacharya, Tilak Raj, and others are the forces which pave their ways with their vices, making it a painful journey filled with greed and murkiness. 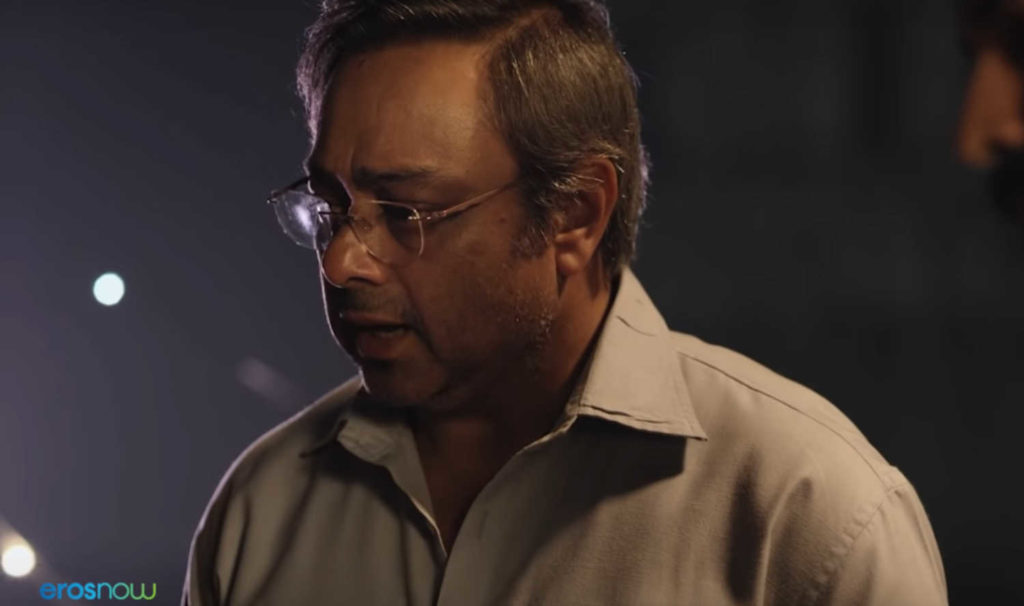 STREAM IT! Halahal as a crime-thriller is engaging and interesting. The film is set in a backdrop that feels almost real and the plight is something we have seen in reality. The film makes fair use of sounds but not so much that it overpowers or undermines the narrative and steers clear from any glorification or fancy materials.

Eros Now’s Halahal Review: An Engaging Crime-Thrilled Based On the 2013 Scam