Microsoft has announced that the Xcloud game streaming service will launch in 22 countries on September 15 for Xbox Game Pass Ultimate subscribers. In a new Xbox Wire post, it was revealed that xCloud will be coming to the following countries at launch:

The announcement also came included with a new video showcasing controller support on mobile devices. Xbox has confirmed that in addition to the official Xbox controllers, you can also use your DualShock 4 to play xCloud on your android device.

As far as mobile is concerned, xCloud will only launch on Android with no mention of iOS in sight. Given how strict Apple’s app store policies are, we don’t expect the xCloud app to be available there any time soon. 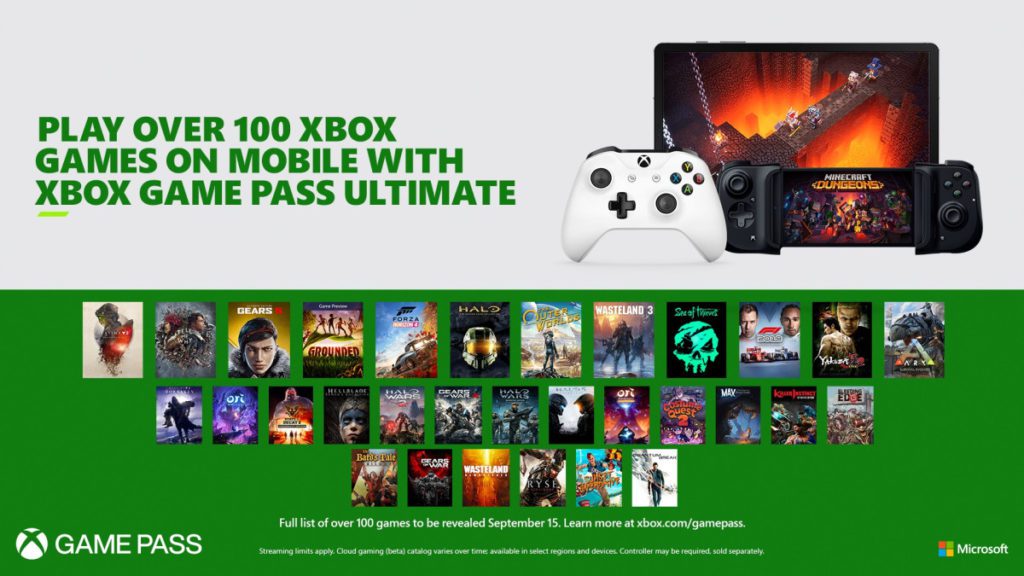 This post first appeared on TechQuila, please read the originial post: here
People also like
Experience Ultimate Relaxation Together: Discover the Benefits of a Couples Massage on Your Next Resort Trip!
First Night of the Seven (7) Nights of Christmas and Carols COGOP SVG
Tips For Improving Mental Health Through Exercise
Best Online Business to Start
Nylon LED Pet Dog Luminous Collar Night Safety Flashing Glow in Dark Dog Cat Leash Adjustable Pet Supplies
How Much Does it Cost To Make An App For Your Business
Amazing benefits of persian cucumber
10 Best Restaurants in St. Augustine
Calculators.org / Have Fun While Your Learning