Hamilton: An American Musical or simply Hamilton, is a musical with music, lyrics and book by Lin-Manuel Miranda. It tells the story of American Founding Father Alexander Hamilton. The show’s music draws heavily from hip hop, as well as R&B, pop, soul, and traditional-style show tunes. The musical also casts non-white actors as historical figures, including the Founding Fathers.

The musical talks about his life in two acts:

Do you have a clue what happens now?

The first act sees Alexander Hamilton leave his home and, after reaching New York, get acquainted with Aaron Burr, John Laurens, Marquis de Lafayette, and Hercules Mulligan. After becoming George Washington’s aide-de-camp, he comes across Eliza Schuyler who falls hopeless in love with him. He reciprocates her feelings and they get married. Later on, after the victory at Yorktown, he becomes Secretary of the Treasury by the newly-elected President George Washington.

The second act follows Hamilton’s life after Thomas Jefferson returns to America from being the U.S. ambassador to France. Special mentions here are the Cabinet Meetings, which features rap battles between Secretary of the Treasury Alexander Hamilton and U.S. Secretary of State Thomas Jefferson. They are hilarious.

Now, I am skipping most of the story here so as not to give away too many spoilers.

By what I described about the musical, you’d think that none of the story would go really well with a hip-hop musical. Well, that’s where you’d be wrong. Inspired from the 2004 biography Alexander Hamilton by Ron Chernow, Miranda rewrote most of it, and, by recasting the entire thing, he brought about a change that is more refreshing, and goes brilliantly well with what we know as America today. It’s a wonderful story about patriotism, love, pain and loss. And although I haven’t really been a theatre-goer, I fell in love with Hamilton.

And when you were mine, the world seemed to burn 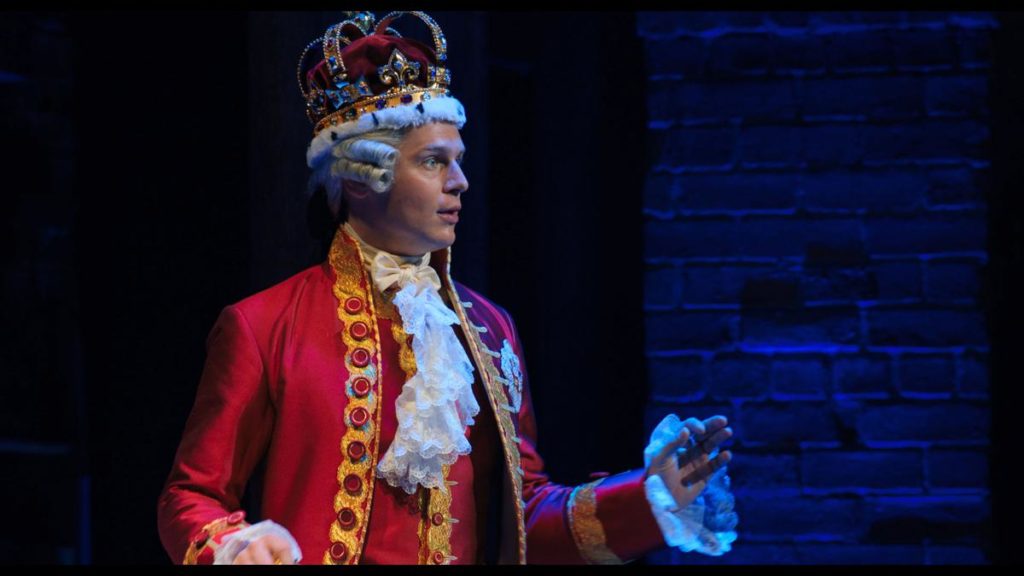 This is one of the lines of a song in Hamilton. Eliza sings this while thinking about Hamilton’s indiscretion. It’s one of those moments in this musical which is absolutely heart-breaking. There are other moments as well that are far more emotional. So much so that I cried during the last 15 minutes or so. And most of my emotions were due to the performances of the stellar cast.

Be it Miranda’s own performance, or Eliza, Aaron Burr, Angelica or literally anyone – it’s stellar. I felt like I was there in that moment, being a part of their happiness and pain. You could see their eyes glimmer with hope or excitement, or well-up with tears – the brilliant camerawork and acting makes this 2-hour 40-minute musical a must-watch.

Special mention to Jonathan Groff as King George III. His veiled threats and dedicated performance garnered many a laugh from me. 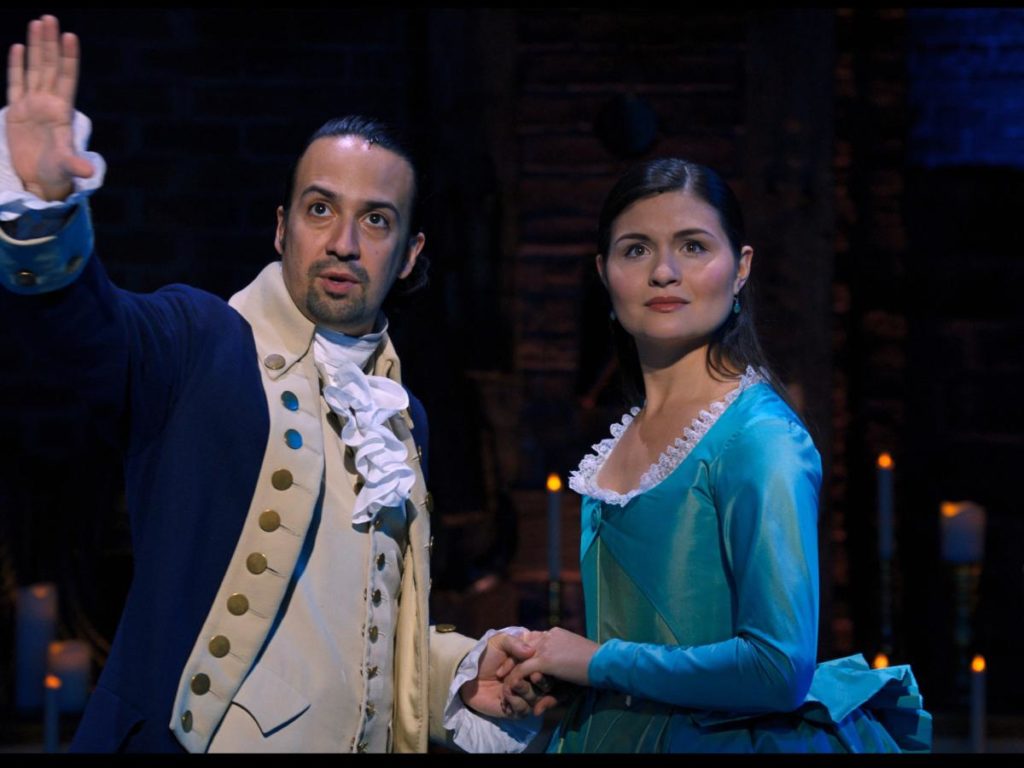 Hamilton won a record-setting 16 nominations in the 2016 Tony Awards, where it won 11 awards, including Best Musical. It also received the 2016 Pulitzer Prize for Drama, along with many, many other awards. This, coupled with mostly sold-out shows, would give you an idea as to what you’re about to witness.

I never expected myself to love a musical as much as I loved Hamilton. You want your movies to make you feel these things, but theatre is something else, I guess. It is a bit lengthy, true. But time will fly by, I promise. You wouldn’t want to even pause one minute of the show. The music’s spectacular and the set is grand. These, coupled with beautiful lights and the performances that I keep on praising – well, it’s a must-watch. I don’t know what else to say!

If you’re thinking of watching something over the weekend, please watch Hamilton. I promise you, you won’t be disappointed.