Can’t wait for your favourite movies to watch your favourite movies? However, with the shutting down of theatres due to the pandemic, that has become quite difficult. But, all is not lost, since a lot of creators are now going for a Disney+ Hotstar release of their movies. And with that being said, Bollywood fans have something to celebrate about! There are some big-budget movies that are on the way to your small screens, since they have chosen to go for a Disney+ Hotstar release. Previously, Gulabo Sitabo made headlines when it came out on Amazon Prime Video a few weeks ago.

So, want to know which ones are getting a Disney+ Hotstar release? Well, here’s the list:

A remake of the Tamil horror-comedy film Muni 2: Kanchana, Laxxmi Bomb, starring Akshay Kumar and Kiara Advani is one of the biggies that is going for a Disney+ Hotstar release. Moreover, Akshay is going to play the role of a transgender person, something the actor is yet to portray!

“The movie is extremely dear to me as it is something unique I have attempted for the first time! It is an entertaining mélange of horror and humour and it has a strong social message attached to it! I am certain that this movie will bring joy and hope for everyone in these trying times,” he said in a statement.

A love story that began 29 yrs ago now journeys towards a new horizon. Sadak2 – The road to love

Mahesh Bhatt’s return as a director also marks his first stint with daughter Alia Bhatt. Sadak 2 is the sequel to Bhatt’s 1991 film of the same name. The sequel will star Aditya Roy Kapur, Sanjay Dutt and Pooja Bhatt, who was also in the previous movie.

“… It was my first time working with my father, which makes this a dream come true… These are extraordinary and difficult times and all of us are trying to get through it, taking each day at a time. My father always says that a filmmaker”s destination is the audience”s hear,” Alia said.

Bhuj: The Pride of India

Bhuj: The Pride of India, stars Ajay Devgn and is based on the 1971 Indo-Pak War. The actor plays the role of Squadron Leader Vijay Karnik, who was a key player in the war. It also stars Sanjay Dutt, Sonakshi Sinha, Sharad Kelkar, Nora Fatehi, Ammy Virk and Pranitha Subhash.

“The corona pandemic threw all our comfort worlds into a tizzy. And, at the same time the OTT medium that was a fairly new phenomenon gained a huge significance as far as consuming entertainment is concerned. In the future, theatres and OTT will move in parallel. ”Bhuj: The Pride of India” on Disney+ Hotstar VIP – a platform that will showcase our film across the length and breadth of the country,” Devgn said.

The Big Bull, starring Abhishek Bachchan, is based on the life of stockbroker Harshad Mehta. Mehta is known to have committed many crimes. Along with Bachchan, the film also stars Ileana D’Cruz, Nikita Dutta and Sohum Shah. The film started shooting in September 2019, but the release had to be pushed back due to the coronavirus.

Speaking about The Big Bull, Bachchan said that there’s no greater joy than entertaining audiences with movies and great storytelling. “And that”s exactly what ”The Big Bull” will do – it will keep audiences hooked till the very end. I”m glad that the movie will launch on a platform like Disney+ Hotstar VIP where people from across the country will be able to enjoy it upon release,” he added.

A story of love, of hope, and of endless memories. Celebrating our dearest, and the late #SushantSinghRajput ‘s legacy that will be etched in the minds of all and cherished forever. #DilBechara is going to be coming to EVERYONE on @DisneyPlusHotstar on July 24. For the love of Sushant and his love for cinema, the movie will be available to all subscribers and non-subscribers. #SushantSinghRajput @mukeshchhabracc @arrahman @swastikamukherjee13 @sahilvaid24 #SaswataChatterjee @shashankkhaitan @foxstarhindi @sonymusicindia @disneyplushotstarvip @suprotimsengupta @amitabhbhattacharyaofficial #SaifAliKhan

Something that fans have been waiting for for quite some time, Dil Bechara is the official Hindi release of The Fault in Our Stars. The film stars Sushant Singh Rajput, Sanjana Sanghi and Saif Ali Khan.

This comedy, starring Kunal Kemmu and Rasika Duggal, has been delayed a lot of times before finally settling for a digital release. 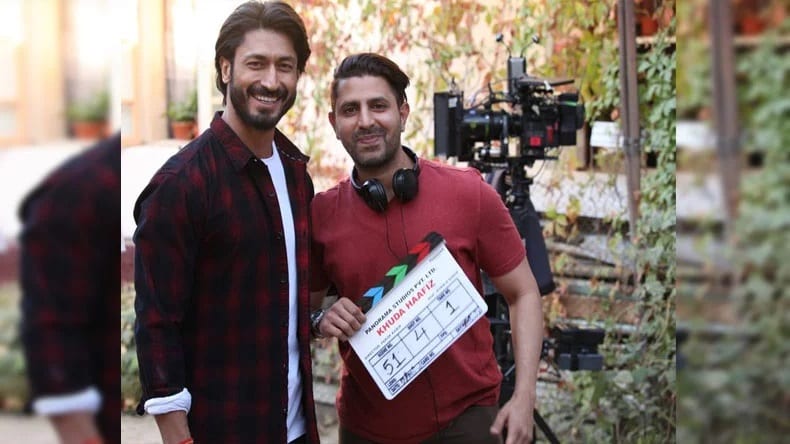 The Vidyut Jammwal and Shivaleeka Oberoi-starrer Khuda Haafiz is supposed to be a romantic/action thriller movie.

The official announcement was done by Disney+ Hotstar. Speaking about the release of such big-budget Bollywood movies to the streaming platform, Uday Shankar – President, The Walt Disney Company APAC and Chairman, Star & Disney India, said, “Theatres are a special experience. So, they will always exist and thrive. But the potential of the industry can’t be capped by the number of release windows and theatres available. Our initiative will dramatically increase the number of films that can be made, giving film-lovers more films to enjoy and the creative community more films to make. We firmly believe that this will generate a massive momentum for more and different kinds of films to be made in India. It’s a win-win for all.”

#Repost @disneyplushotstarvip • • • • • • Sit back and enjoy Bollywood entertainment like never before! 7 biggest blockbusters are coming home to you with #DisneyPlusHotstarMultiplex! Which first day first show ki home delivery are you excited for the most?

Excited? We are too!

This post first appeared on TechQuila, please read the originial post: here
People also like
Money Beliefs That’re Holding Your Business Back
Hollywood Dentist Providing Red Carpet Smiles
Understand You
THE HIDDEN HILLS OF CADAQUES
Tips for Getting Your Backyard Ready for a Late-Fall Party
5 Unusual Phenomena That Video Technology Has Given Us
Know 7 Most Translated Texts in the World- you’ll be Shocked
Best PS5 Games Deals and Offers with massive discounts
Chloe Grace Moretz Looked Incredible at “The Peripheral” Special Screening
5 Ways To Splurge While On A Budget
Pool Cleaner / Vampire Slayer – Day Shift on NetFlix
Roald Dahl book made into a Spielberg movie
‘Game of Thrones’ ended with a thud. But ‘House of the Dragon’ has caught fire
35 Actors With Beards (Best & Worst Celebrity Beards)
The Only Lower Ab Workout You’ll Ever Need for V-Cut Abs, According to Science