Arrowverse’s Batman: All You Need to Know!

For almost 10 years of its run, the Arrowverse has continuously dropped several hints about its version of Bruce Wayne a.k.a. Batman. Though, the biggest names of the DC Universe are always unseen on the small screen. This past season Batwoman (Ruby Rose) became the latest hero to have her own series in the Arrowverse, which, in many ways, began breaking down several barriers of the Bat-restrictions that have been following the Arrowverse for years.

But no matter which hero made its way to the small screen, Bruce Wayne is still nowhere to be seen. Viewers got their first official look at him through Warren Christie being cast as the iconic hero, but with a twist. Rather than meeting the famous playboy billionaire, Tommy Elliot a.k.a. Hush got his new face by Alice who ended up making him look like Kate Kane’s famous cousin. 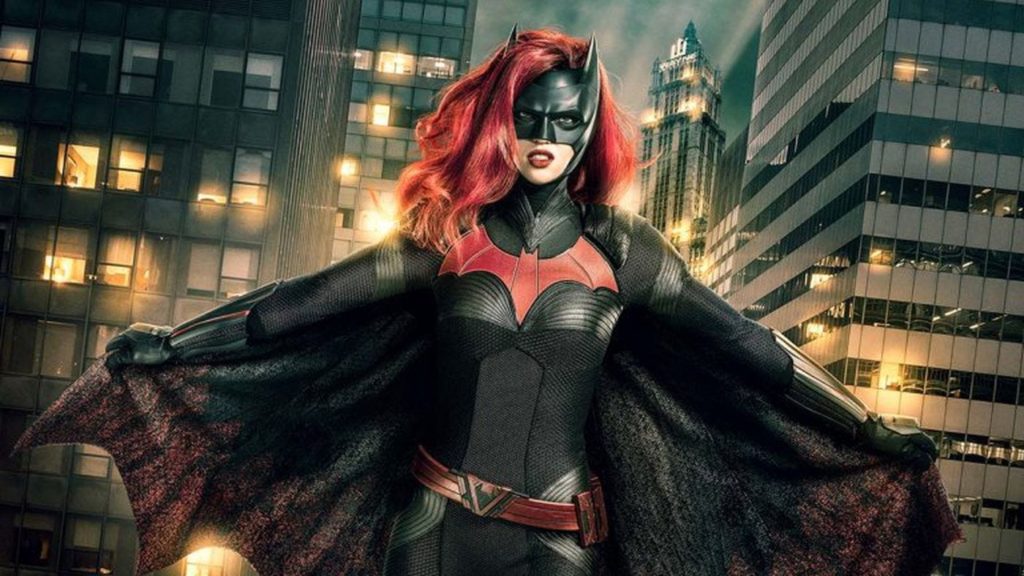 As the franchise keeps going, more things about this version of the Dark Knight have been revealed before his mysterious disappearance years ago. Through exposition by characters like Luke Fox (Camrus Johnson) to Easter eggs and allusions, a lot has been unravelled for The CW’s Batman, even if he is still missing.

Throughout Batwoman season 1 as well as past crossovers like Elseworlds, which is where the Bat-mythology first got its proper introduction into the Arrowverse, viewers have gotten a decent picture of what this Caped Crusader was like and what he has gone through

With the second season of Batwoman coming in January 2021, despite Kate getting replaced as the titular hero, more information will surely be given about Batman through the show as well as on the other series. This is everything that is known about Arrowverse’s Batman on Earth-Prime.

1. The Joker is Dead

Despite most of the biggest Batman foes being active to some degree in the Arrowverse, there is one whose fate viewers found out this season: The Joker. Even though the famous clown prince of crime is considered the ultimate villain for the Dark Knight and also the fan-favourite villain, viewers shouldn’t expect to see him in the franchise. 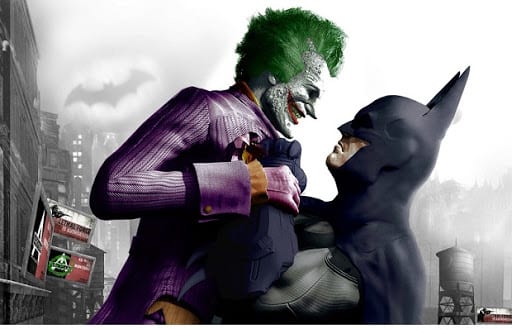 During episode 17, “A Narrow Escape,” Luke reveals to Kate that the reason why Joker hadn’t been spotted for almost 5 years was that Bruce ended his life. Despite his no-killing rule, it appears that in this universe, Batman broke his biggest code by taking out one of his most defining enemies. This may also be the reason why Bruce left Gotham, with a wish to not return but nothing has confirmed this yet.

2. Kryptonite – The Only Batsuit Weakness 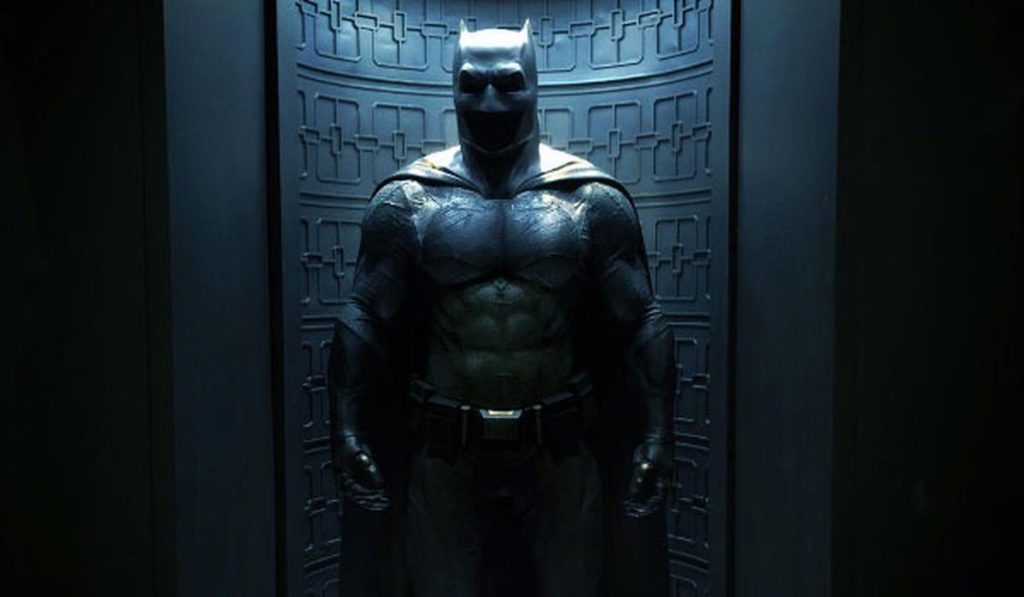 During the first season of the Bat-focused series, the Bat-suit was a major focus, especially because of how difficult it was for any of Kate’s opponents to hurt her while she was wearing it. While the suit allows Batwoman a lot of functions and protections, its only weakness was eventually discovered in the second half of the season.

It turns out that Kryptonite is the only thing on Earth that can even penetrate the Bat-suit. That’s why Alice (Rachel Skarsten) made Tommy look like Bruce as she wants him to trick her into giving him the Kryptonite that she has in her possession.

Prior to Batwoman premiering last season and even before Kate made her on-screen debut in the Elseworlds crossover, The CW was already introducing members of Batman’s rogues’ gallery. But once the 3-part crossover began, that’s when viewers got a big introduction to which of Bruce’s most famous foes were active in this universe. Though they didn’t appear on the screen, throughout the first season of Batwoman, more clarifications were given on additional characters, including the Riddler, Killer Croc, Mr. Freeze, The Penguin, Scarecrow, Poison Ivy, Clayface, and Catwoman. 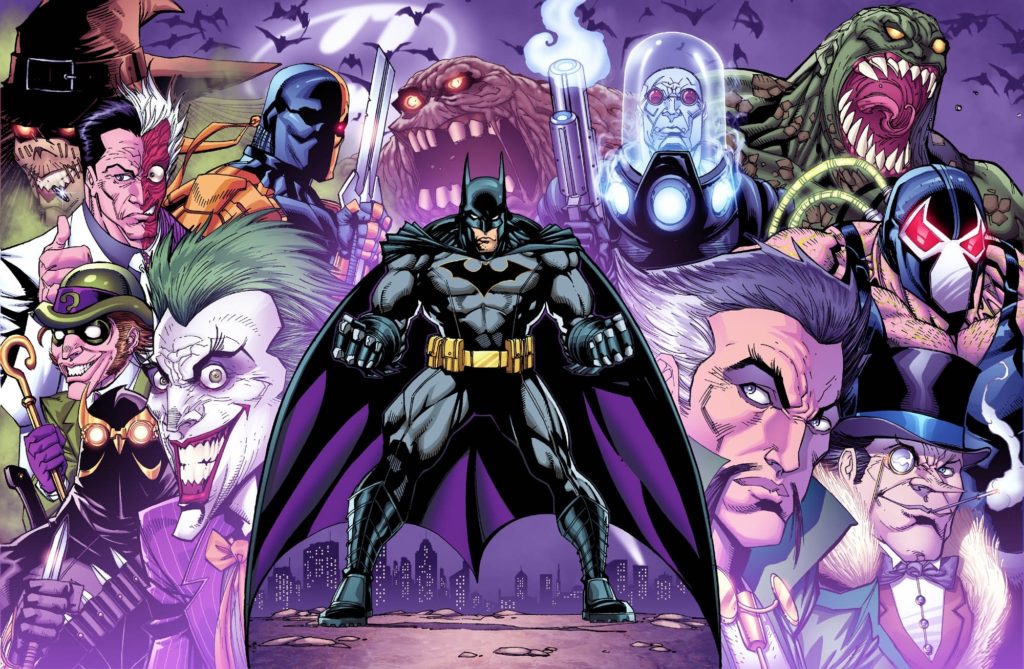 While Harvey Dent has been referenced, he has yet to become his villainous comic counterpart. Batwoman season 1 established that he is currently a popular Assistant District Attorney, teasing the possibility of him becoming Two-Face in future seasons.

4. Batman and Superman – Together! 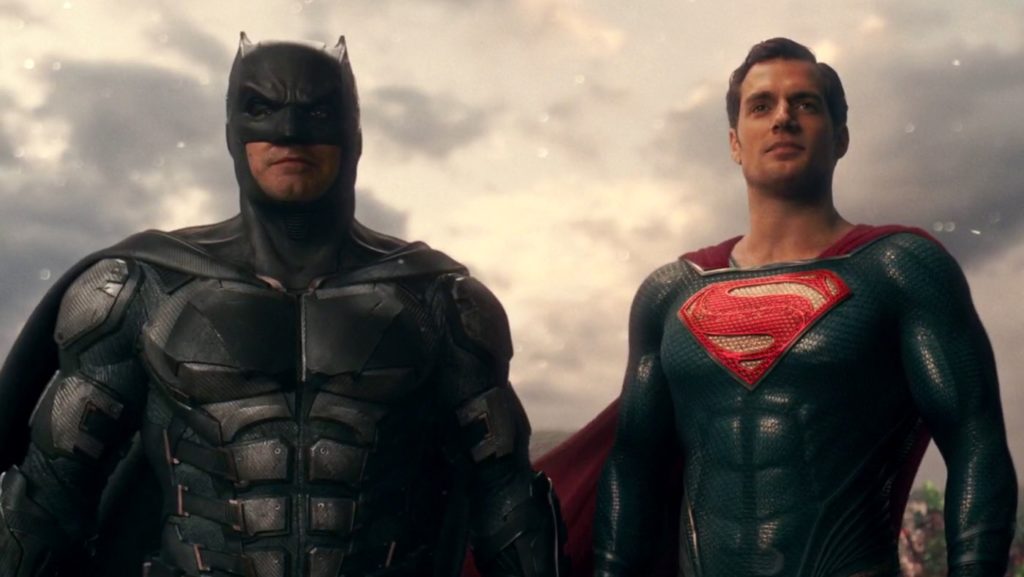 One of the most famous relationships in the DC Universe is the partnership between Batman and Superman, better known as the World’s Finest (Though Batman vs Superman was a fail to me). The pairing has been seen in various TV shows and films, from animation to live-action. However, in the Arrowverse, while viewers haven’t gotten a taste of their dynamic, the Man of Steel (Tyler Hoechlin) and Caped Crusader have an established relationship.

Pre-Crisis, on Earth-38, that world’s Bruce also had a dynamic with Clark, some referring to them as “frenemies” even. But since Crisis on Infinite Earths gave life to Earth-Prime, at some point in history Bruce began working with Clark. With Superman & Lois and Batwoman being set-up to be the 2021 crossover for the Arrowverse, more aspects of their relationship might be revealed through Clark and other characters who knew Bruce.

Despite being the first hero of the Arrowverse, Oliver Queen (Stephen Amell) was actually not the universe’s first vigilante. Even though the early seasons never hinted at Batman existing in that universe, once they were allowed to reference the world of Gotham, the show clarified that Batman’s crime-fighting adventures predate Oliver’s. 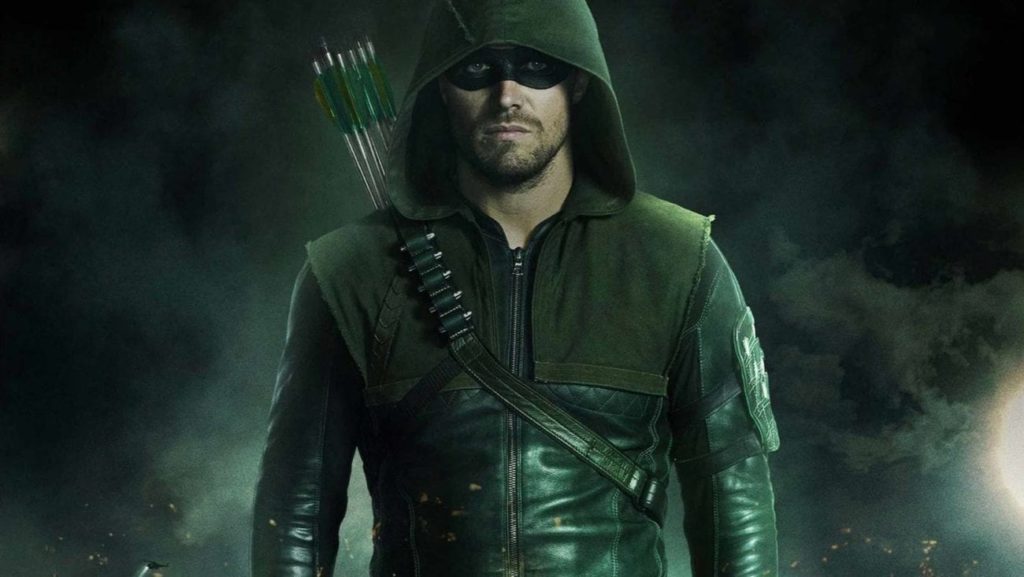 During the Elseworlds crossover, Oliver made it clear that he never believed that Batman was real as he subscribed to the theory that the Dark Knight was just a myth that GCPD had made up in efforts to decrease crimes in Gotham, but he has since been proven wrong multiple times. However, Oliver has the honour of being recognized as the hero who, literally, gave his life to not only save the world but recreate it after the Crisis. 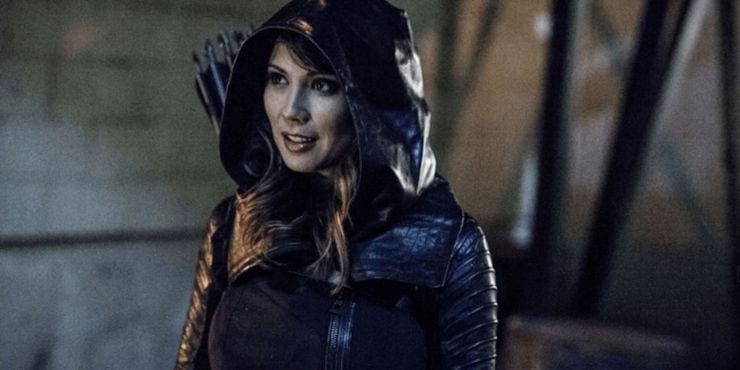 Arrow introduced the entire Al Ghul family during its run with Ra’s (Matt Nable), Nyssa (Katrina Law), and Talia (Lexa Doig) arriving at different points. Despite being known for their relationships with the Dark Knight in the comics, it wasn’t until the seventh season when the writers began hinting at Talia having a history with Bruce (Interesting!)

Since viewers never got to hear or see more of her past with Batman, viewers managed to get more insight into Batwoman season 1. In the penultimate episode of the first season, one of the chapters in Lucius Fox’s journal revealed Batman getting help from Talia when she gifted him with the Suit of Sorrows by the Order of The Pure. The revelation of Talia helping Bruce also establishes Azrael’s existence in the Arrowverse.

7. Batman and His Regret Of Not Being Able To Save Kate’s Family

Kate’s biggest tragedy and pain in life was losing her mother and her sister Beth (before she discovered years later that she had actually survived and now gone insane as Alice) at a young age, and Kate didn’t know that it was her cousin who tried to save her family that day. Batman failed to save his aunt and cousin as his grapple gun couldn’t hold the car from falling into the river. 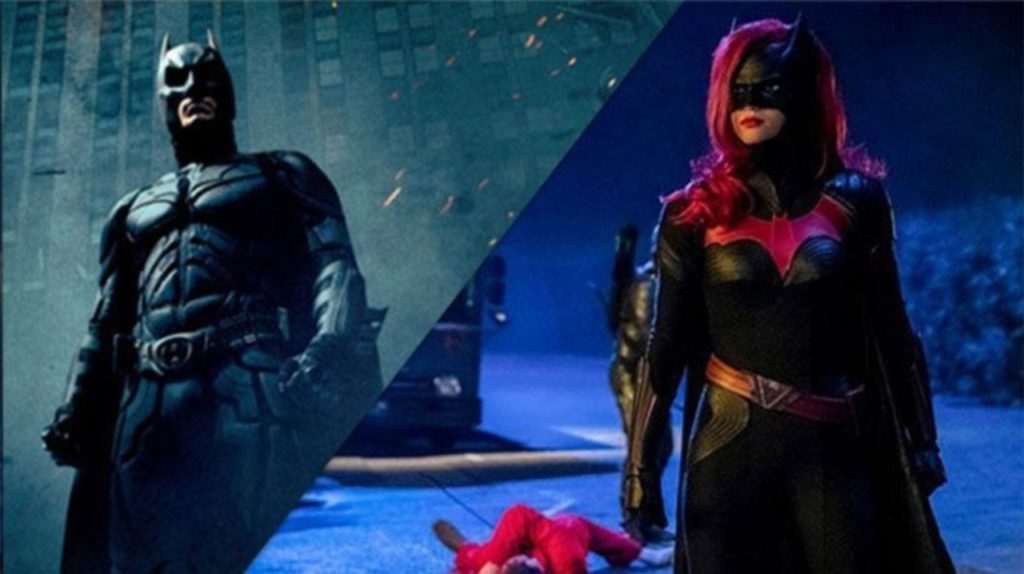 Luke Fox reveals to Kate at the start of her journey that one of Bruce’s biggest regrets was not being able to save them. As he was filled with guilt, it drove Bruce to look out for his cousin Kate and grow closer to her – even though she had to discover on her own that he was Batman. It has so far not been explained why he kept that from her.

At the start of Batwoman season 1, the DC drama began setting up one of its biggest recurring villains by introducing Tommy (Gabriel Mann) into the Arrowverse. With the promise to see him evolve into Hush that season, his first episode established the history of his friendship with Bruce. 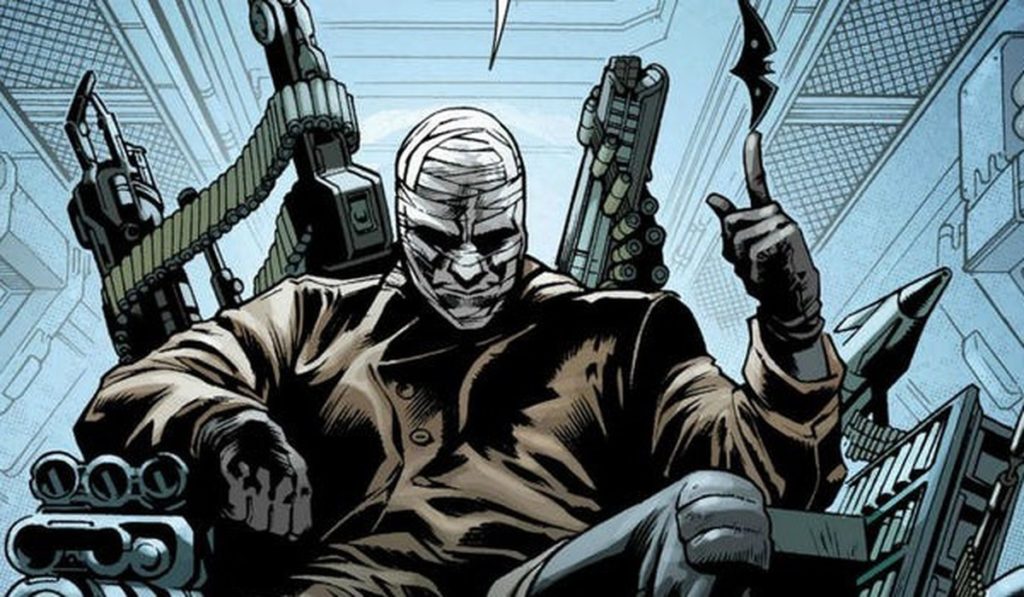 Once considered his best friend, Tommy grew to hate Bruce once he discovered that the Wayne Enterprises CEO was actually Gotham City’s crime-fighting detective. The relationship was shaken up even more because Batman saved Tommy’s mother, whom he was trying to murder, which increased Tommy’s hatred towards his former best friend. An ugly turn and complicated a friendship.

Did we miss anything about the Arrowverse Batman. Tell us in the comments!

Arrowverse’s Batman: All You Need to Know!