Eurovision Song Contest: The Story of Fire Saga is a comedy/musical directed by David Dobkin and starring Will Ferrell and Rachel McAdams in title roles, along with Pierce Brosnan, Dan Stevens and Demi Lovato.

So, Eurovision Song Contest follows Icelandic singers Lars and Sigrit as they get a chance to sing at the Eurovision Song Contest. Lars has been dreaming about it since he was a child, and Sigrit has followed him in his dream. However, his dreams have not become real and he is almost 30-years-old without a job. Sigrit, on the other hand, is in love with him and gives him hope. Things come to a head when they are selected on a fluke, and a planned “tragedy” sends them on their way to Edinburg, Scotland.

The movie felt like I was watching a Disney musical. Which isn’t bad, if it actually was one. Eurovision Song Contest is too long a movie. It’s enjoyable in parts, but get’s repetitive and boring after a while. The songs are what keeps it alive, but beyond that, it’s an unnecessary extension of the plot for no apparent reason. The creators attempted to put in some fighting among the two, but that’s just so silly that you would wonder whether our title characters are even adults.

There’s also this plot of Russian singer Alexander Lemtov, who tries to “have Sigrit for himself.” But that pans out to nothing. At the end he just agrees that the two are a cute couple (no) and that’s that. We also Victor Karlosson, the governor of the Central Bank of Iceland. He does something pretty bad in the movie, and something could’ve come out of it. But no, he dies of a heart-attack. The movie tried to portray it as a comedy, but like, it wasn’t funny?

Eurovision Song Contest could definitely have been cut down from its gigantic run-time, because frankly, there wasn’t much of a plot to keep us occupied. The jokes weren’t funny and honestly, sometimes offensive.

There was this one place where Lars constantly berates four American tourists for no reason. And the movie brings that angle back again and again with the same offensive jokes. It’s not funny, honestly. And gets into bullying territory.

You give me hope (not) 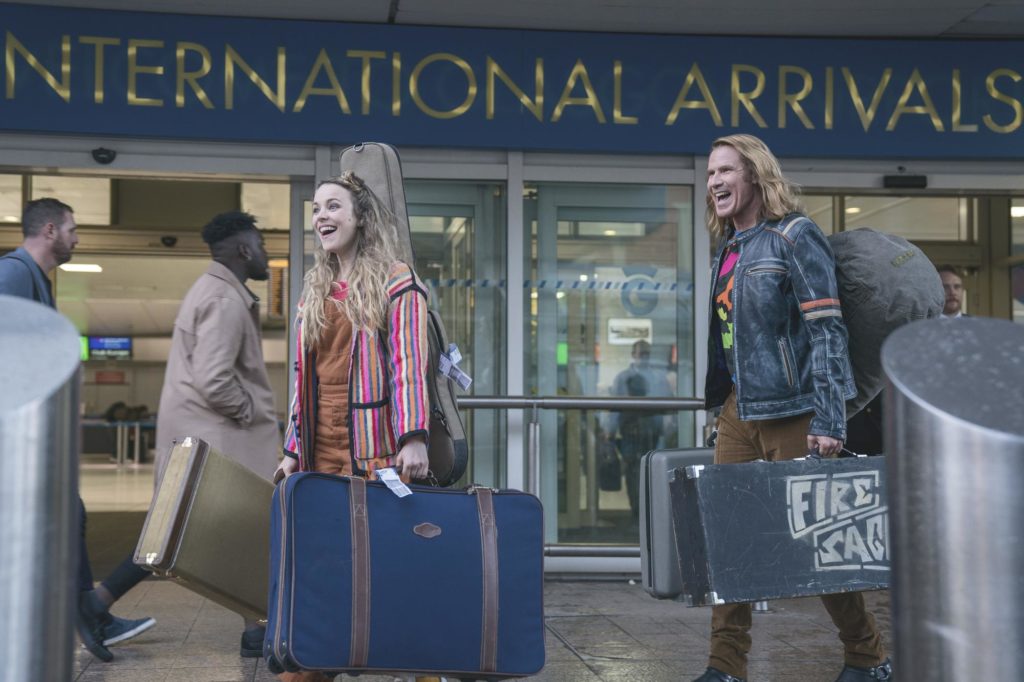 It’s 2020. We’re in the midst of a pandemic and a whole lot of other shit. Can we just stop portraying man-children as cute already? It’s not cute. Lars, as I mentioned earlier, is a man, and quite an old one at that. He’s not 18 years old that he can get away with being “silly” or “childish.”

However, throughout Eurovision Song Contest, Lars is portrayed as technically a child who runs away whenever there is a problem or throws a tantrum to get his way. He leaves his band member alone and leaves Scotland just because things didn’t work out in his favour. All he thinks about is winning the Eurovision Song Contest, which is understandable, but not at the cost of your best friend/band member!

I also really need movies to stop promoting the fact that women will stick with men like this without an ounce of appreciation and mistreatment and then also help with becoming “real men.” The trait is toxic and needs to go away asap. Men and women are responsible for their own growth and feelings, and it shouldn’t be your significant others’ duty to make you a good human being.

I think Sigrit is my favourite character in Eurovision Song Contest. She’s funny, smart and a really nice person. She’s a power-house of talent, but always keeps Lars’s feelings first, supports him, and is the strongest character in this shit-show. Even with the possibility of being made fun of, she goes to the artists’ gallery alone so that Iceland’s name isn’t tainted. We can’t say the same about Lars though.

The other great part about the movie that I mentioned, was the music. There are some really nice songs, beautiful singing and amazing choreography and staging. Every song is fun and happy and it does keep you in a good mood. The songs are what worked for me, because honestly, without them I’d be bored out of my mind.

And the elves. They’re the real MVPs.

Summing up: Eurovision Song Contest: The Story of Fire Saga 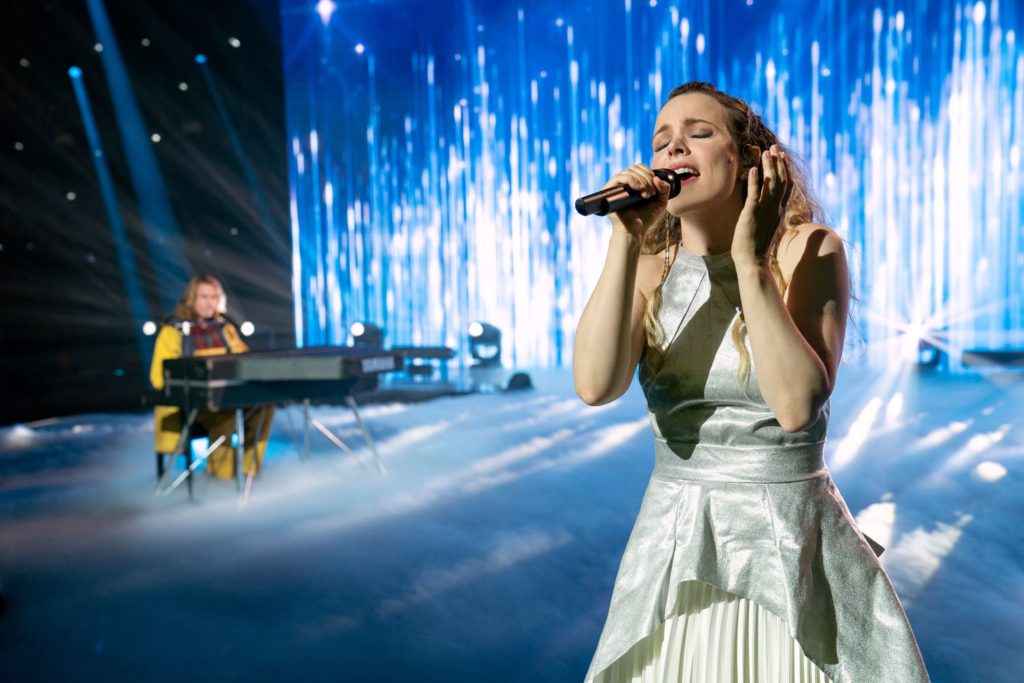 This is a movie that you should watch just for the songs and some very powerful singing from Demi Lovato. Hot damn that woman can sing! Some good acting from the cast is also another positive. However, there’s not much of a plot, and the little that is there is pretty nonsensical.

Also, why is this title so long?!