I was apprehensive going into Shirley. I don’t know why, but maybe it’s something about biopics that threw me off. But not Shirley. You see, even though it is a biopic, the film is absolutely different and ignores of the boundaries of the form.

Shirley has mainly four characters – Shirley herself, her husband Stanley and a newlywed couple who move into their home – Rose and Fred. The entire film takes place in a house and occasionally at the university.

Shirley essentially talks about a fictitious time in the novelist’s life, but at no point does it seem anything but real. The fact that the Movie takes place entirely inside a house makes it extremely tight, for the lack of a better word. You see, the movie is frightening. Whether it is how everyone manipulates everyone, or Shirley’s own fragile mental state – it’s absolutely frightening. And that is what probably makes the movie a delightful watch.

Shirley is trying to write a new novel but can’t really find the motivation. She has an idea of what she wants to write, but the rest of it isn’t coming to her. In comes Rose and Fred. They are newly wed and Fred is working with Stanley at the university. She is initially hostile towards the couple, but soon after she and Rose develop a bond. It helps her write her novel as she takes inspiration from Rose, while the latter finds companionship in the eccentric writer.

Now, that’s a simplified summation of the story. However, it goes much, much deeper than that. I won’t go deep into it because it might spoil things. But the relationship between the four characters is absolutely amazing, and heart-breaking. It also gave me an absolutely distressing picture about how husbands treated their wives during that time – especially in the academic circles. The pain and loneliness in the lives of the two wives is unbearable to watch, while the husbands go about being promiscuous. 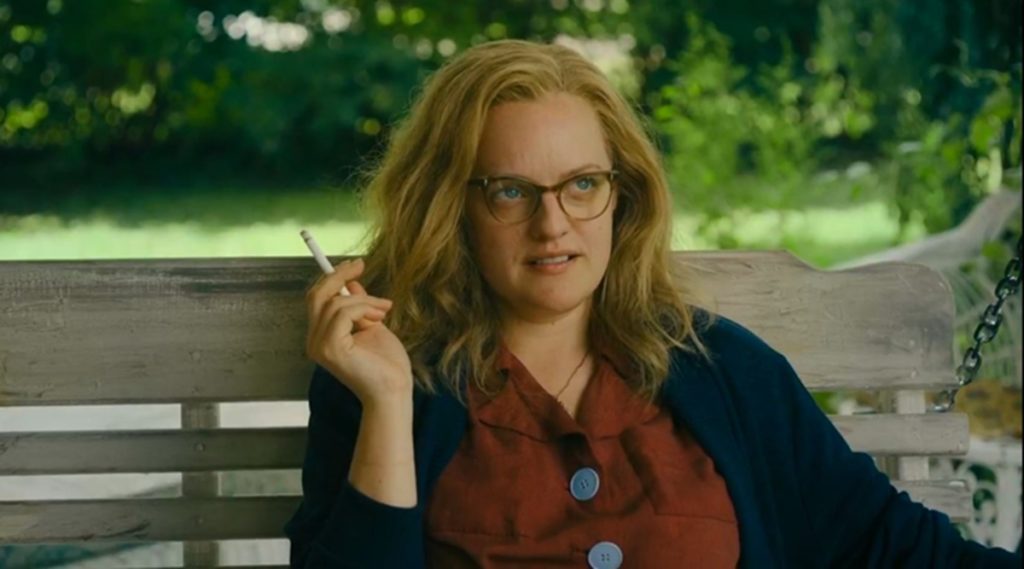 According to Wikipedia: “According to Jackson’s biographers, her marriage was plagued by Hyman’s infidelities, notably with his students, and she reluctantly agreed to his proposition of maintaining an open relationship. Hyman also controlled their finances (meting out portions of her earnings to her as he saw fit), despite the fact that after the success of “The Lottery” and later work she earned far more than he did.” I felt these lines in the movie.

Okay, first of all, Shirley has been excellently portrayed by Elisabeth Moss. I can’t compliment her enough, honestly. Every moment of the movie felt real and it felt like I was actually watching another person go through their struggles in front of me – all because of Moss’s mind-blowing portrayal of the title character. The others were also really good. Additionally, we have a character who does not really appear in the movie for long, but whose work I have previously enjoyed quite a lot!

So, going back. Stanley and Fred are the same side of a coin. Not even different sides – they are both the same. Stanley is a control-freak who gaslights Shirley into doing his bidding. At one moment you will see him telling her that she needs to get better, and at the other he will tell her that she’s not well enough. He takes care of her, but sometimes I felt like he was the reason she couldn’t get better. 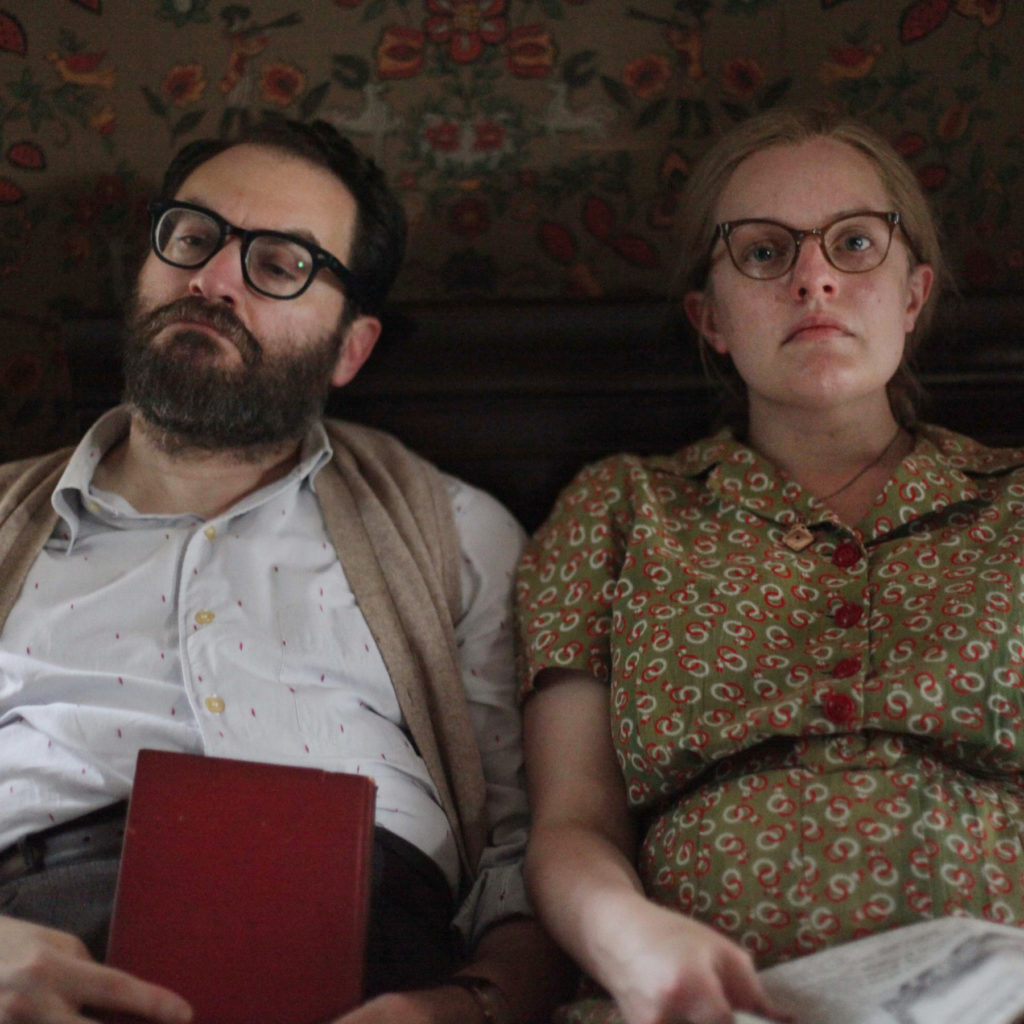 Shirley herself is a traumatised woman. She’s an excellent writer of the macabre, but art has its toll on people. She’s dependant on Stanley, and later somewhat on Rose, but is also a feisty individual who leaves no stones unturned to be sassy.

The last scene is probably the most heart-breaking for me, though. As she waits for Stanley to read her finished novel, you can see the tension and apprehension on her face. The camera doesn’t leave her for even one minute as Stanley gives her his verdict. Although she’s a feisty woman, you can see the shattered woman she is underneath as she awaits his validation. And whether it is because of her husband’s domination or her own lack of self-confidence – it’s the worst, and best, part of Shirley. Elisabeth Moss’s facial expressions are to die for.

We also have Rose and Fred. Although things turn out all romantic and great at first (as they usually do), it doesn’t take long for them to go downhill. Fred is a man without much of a spine and he tries to manipulate Rose more often than not. You feel for the poor girl who’s trying to keep it together and love her husband. 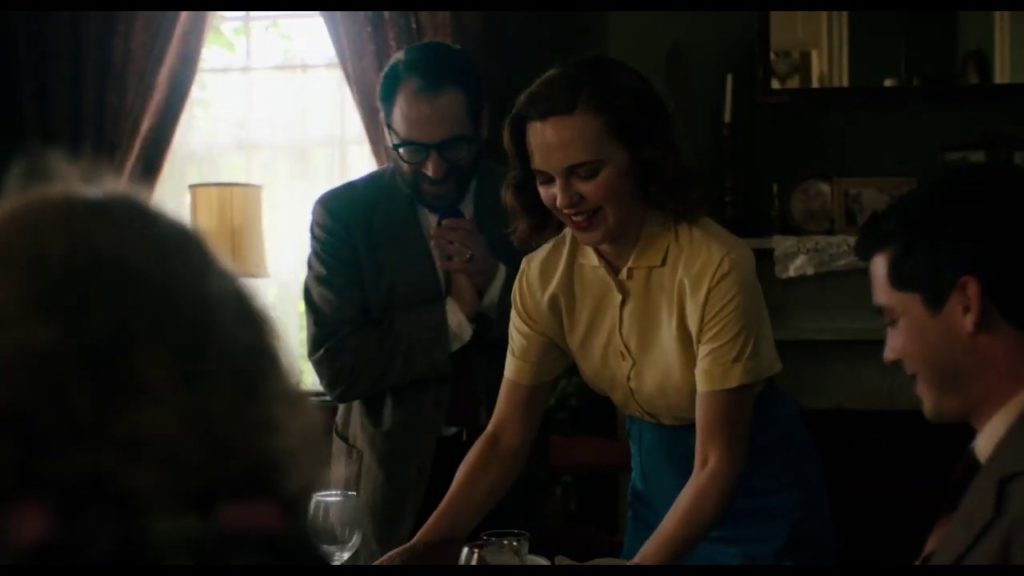 Shirley is a wonderful portrayal of the life of a female writer with many issues. The camera work is splendid and the movie is so claustrophobic that it makes you want to scream out loud sometimes. The background score is also excellent. There’s literally not one bad thing I can say about the movie. For me, Shirley is a must-watch.