The Lodge is a 2019 psychological horror moviedirected by Veronika Franz and Severin Fiala. The Movie stars Riley Keough, Jaeden Martell, Lia McHugh, Alicia Silverstone, and Richard Armitage. The Lodge is probably one of the most enjoyable movies I have watched in 2020.

Night of Terps With Degenerate Art Ga…
The Museum of Illusions at World of I…
Reciprocal Living
What’s a crypto exchange worth?
Caldera Springs Golf: Hit the Greens …

A death in the family

Siblings Aidan and Mia are caught between their parents who are going through a divorce. Their father Richard is already dating someone and plans to marry her in a few months. When given the news of the impending marriage, their mother Laura is unable to cope and promptly kills herself. This, obviously, shocks the children, who hate their soon-to-be step-mother even more.

Now all this happened within probably the first 20 minutes of the movie. The Lodge starts off slow, there’s tension in the air, but nothing will prepare you for Laura’s gruesome suicide. The suicide is an out-of-the-blue occurrence that not only shakes the siblings, but will shake you as well. 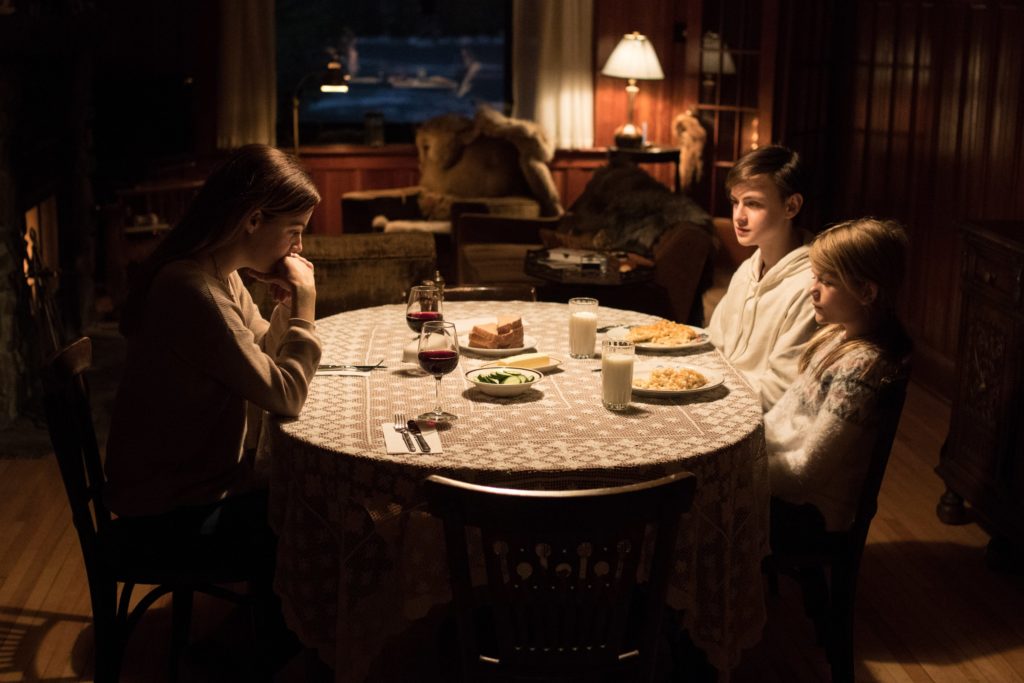 We then cut to 6 months later and Richard is trying to get Aidan and Mia familiar with his girlfriend, Grace. So, he suggests that they all hang out at their remote cabin in the mountains. Seems perfect to get to know each other, right? However, there’s a twist. Richard has to go away for a few days for work, leaving the children alone with Grace. Aidan refuses, and that’s that. Until it’s not.

Richard convinces the duo and the plan is made. Aidan and Mia snoop around in their father’s computer to find old videos of Grace when she was part of a religious cult – her father was the leader. He convinced everyone to kill themselves, leaving Grace as the sole survivor. She, ofcourse, is traumatised by the experience, is on medication and is generally on-edge when it comes to anything religious. However, she is sweet and good natured and seems loving towards the family.

Things take a turn when Richard leaves and Aidan and Mia are left alone with Grace. Weird things start to happen, Grace questions her sanity and the world around her, culminating in an ending which is terrifyingly left ambiguous. 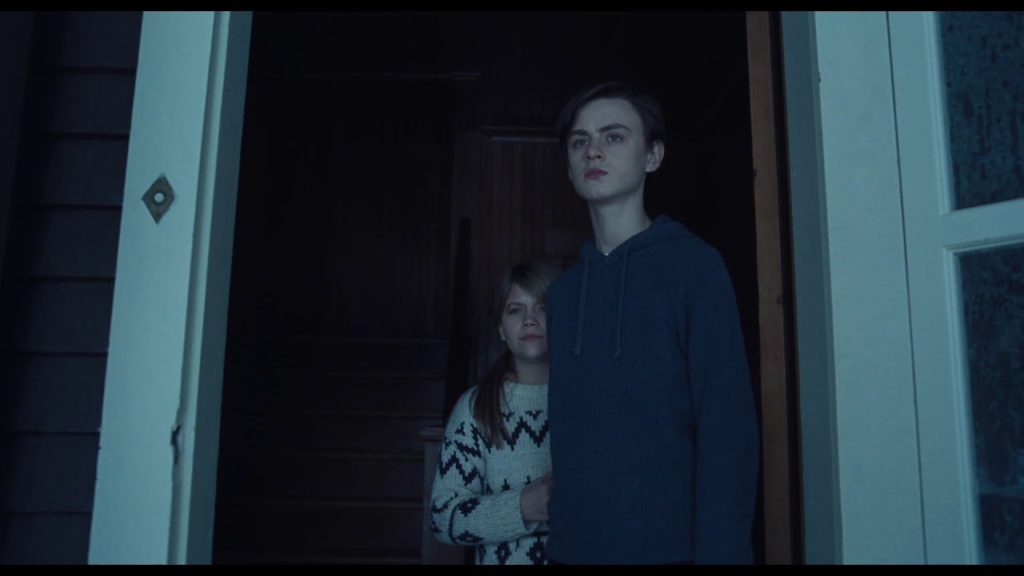 Let me just start here by saying that all of the things that went down in The Lodge start with Aidan and Mia. These two gaslight poor Grace who is already having a tough time with everything. However, what I would like to know is that how did they even pull off something so elaborate? The things that go down would definitely need a lot of planning, and would be very difficult for children their age. Which brings me to the question – are Aidan and Mia sociopaths? Even if they were doing it for their mother, as they claim towards the end, it takes a lot to go through with something like this when you the toll it’s having on someone else.

With that out of the way 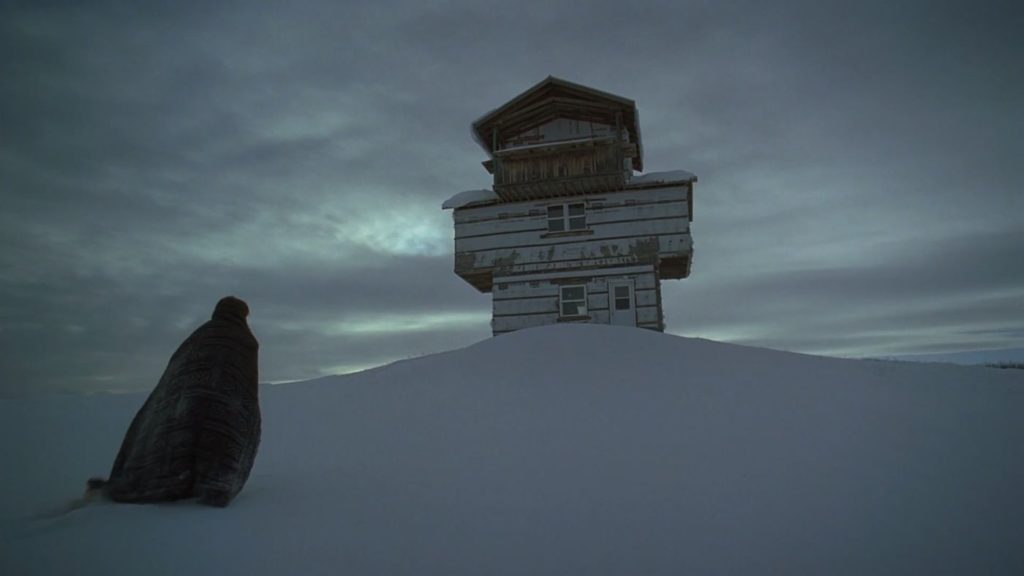 There’s something very creepy about The Lodge. The background score is something I thoroughly enjoyed, especially because there was so little of it. Long parts of the movie were quiet and that, in my opinion, added so much to it. I held my breath in more places than one because I could make out that something was about to happen and the absolute lack of a score added to the scare factor. It is also a very atmospheric movie. The shots are gorgeous and they make you feel as lonely as the three in that remote cabin.

Nothing new, but something new 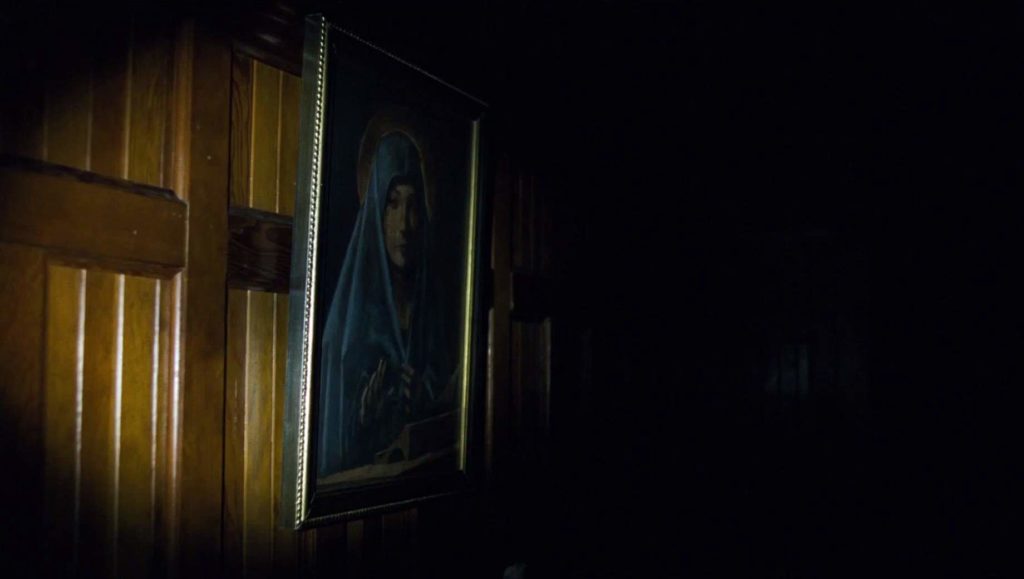 Now, if I tell you that you wouldn’t be able to make out what’s going on in The Lodge, then I’d be lying to you. The two plots – a woman trying to bond with her boyfriend’s kids and the horror aspects of the movie mesh very well together. Although, yes, it’s predictable, it’s also damn effective. There is not a moment of respite from the tight plot and the twist at the end is devastating.

Although I would like to add here, there’s a recurring theme about a doll house that I didn’t quite understand. The movie goes back to it, but it didn’t have to. Also, Richard is a terrible father.

Riley Keough is the shining star of The Lodge. There is not a moment that I remembered that she is acting – her going from sweet-natured Grace to a mentally imbalanced Grace are as believable as if it probably happened to me (hopefully not though.) Her trying to repent for her sins is scary and her calm nature afterwards is bone-chilling. Jaeden Martell’s Aidan and Lia McHugh’s Mia are great as well. Alicia Silverstone as Laura, in her appearance of a few minutes in the movie, packed a lot of punch. I don’t think I will be forgetting her death any time soon.

In the end, The Lodge is an enjoyable horror movie that won’t bore you. The creepy atmospheric setting coupled with some great acting makes it a worthy watch during the quarantine season.

The Lodge is streaming on Amazon Prime Video right now.

This post first appeared on TechQuila, please read the originial post: here
People also like
Night of Terps With Degenerate Art Gallery, Indux Labs And Friends: A Hash And Glass Collector's Dream
The Museum of Illusions at World of Illusions Los Angeles
Reciprocal Living
What’s a crypto exchange worth?
Caldera Springs Golf: Hit the Greens at Caldera Links!
Ranking the 3 best South American strikers to ever play in the EPL
An Act of God?
Zama Marubelela buys new ride ahead of her 25th birthday – Photos