Netflix’s ‘White Lines’: A Whodunit with a Clear Lack of Substance

White Lines, an English-Spanish mystery thriller currently streaming on Netflix, is a ten-part drama set in the heart of Ibiza. From the creators of Money Heist and The Crown, this series which offers style over substance is a poorly scripted claptrap, to begin with. Redundantly salacious, irrelevant scenarios and lumbering characters make it a tedious experience to sit through ten episodes of this drivel.

This Is What You Should Do If You’re …
Is White Patio Furniture a Bad Idea?
How to bladder cancer immunotherapy
BECOMING A SUCCESSFUL BUSINESS OWNER:…
Fiction Series So Big, They Cross Mul…

White Lines is primarily about conflicted characters, their inability to understand freedom and responsibility, recklessness against cautiousness and hedonism versus self-restraint. Netflix’s latest whodunit wants to entertain and enthral but mostly wants viewers to venture into a life of intemperance.

The presence of admiral cinematography rollicks to grasp the attention on a distracted script that has strayed away far from being impressive. Our protagonist, Axel Collins, is a free-spirited young bloke from Manchester, who leaves for Ibiza in a thoughtless pursuit become a DJ. Axel and his bunch of friends named Marcus, Anna and David also accompany him to find fame, fortune while espousing the life of boundless self-indulgence. 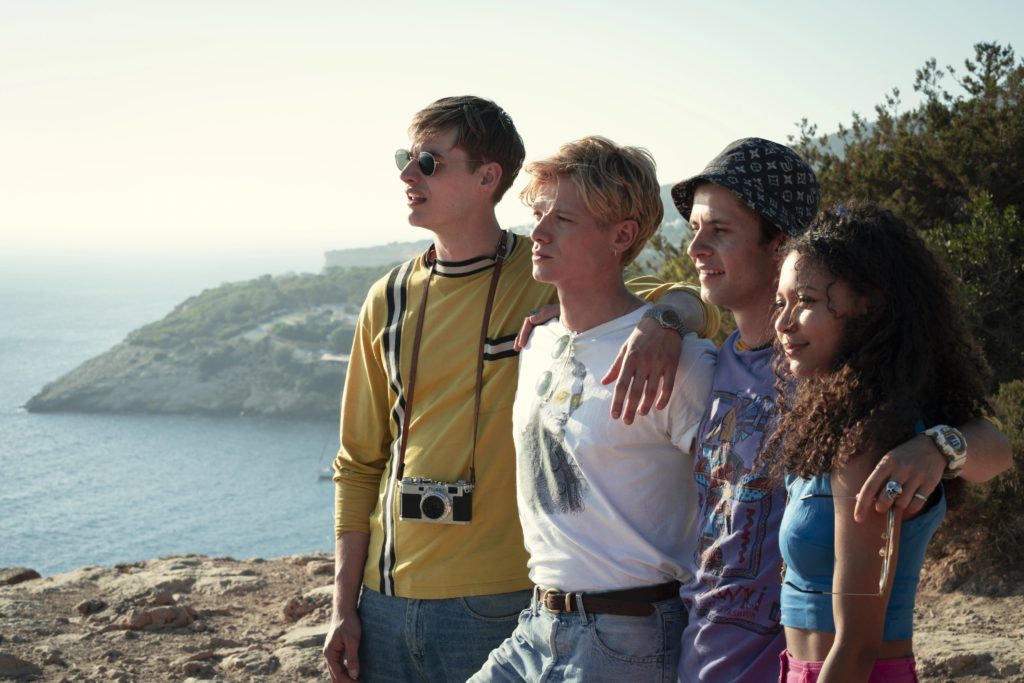 Axel and his friends become even more popular when they start to associate themselves by getting drawn to the rich, powerful and notorious Calafat family, troubles start to brew in Axel’s life thereafter. The series swings back and forth between two timelines, the current timeline shows the body of Axel surfacing in the middle of a Spanish desert followed by the entry of Zoe, Axel’s sister.

Zoe a young girl from Manchester, traumatised and clinically depressed after her brother’s disappearance, is now in Spain after twenty years searching for her brother’s killers. She reunites with her departed brother’s friend, Marcus who is now at loggerheads with the Romanian drug dealers courtesy the neurotic damsel in distress from Manchester. She subsequently meets Anna and David who are still living the La Vida Loca life. Zoe is also quickly befriended by Boxer (the undeniably handsome chief of security, very loyal to the Calafats) 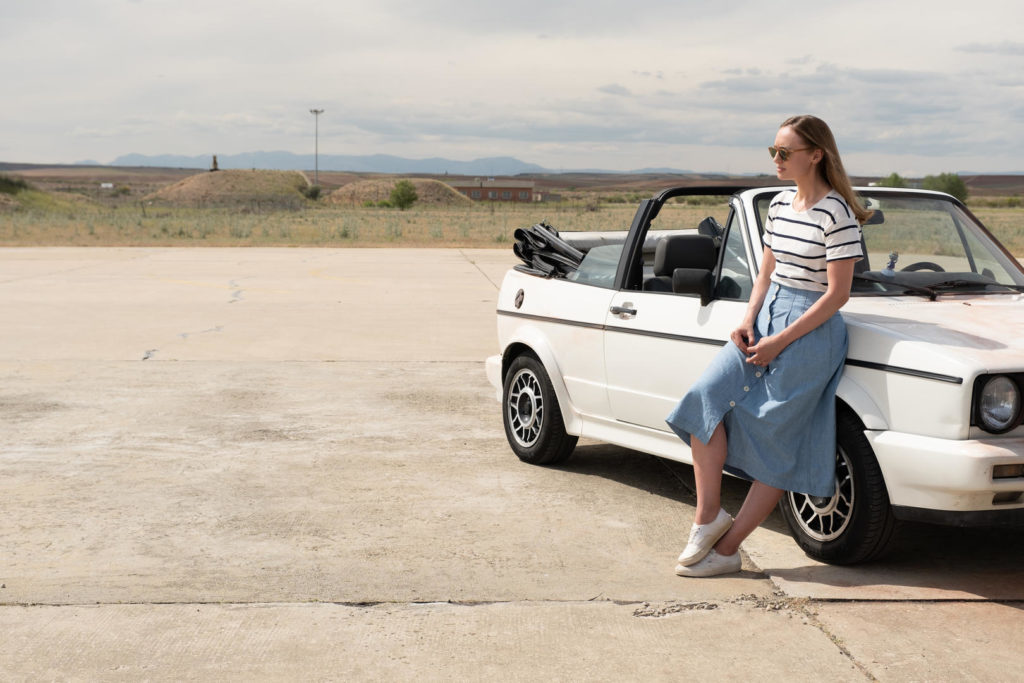 Personally, White Lines has felt humdrum innumerable times, with the introduction of a bunch of unnecessary characters around whom the show has lost momentum and purpose. There’s a corpse around which there could have been a gripping murder mystery but the script forgets about it for painfully long spans of time. Insignificant dialogue delivery along with paper-thin characters keeps you waiting for the plot to develop.

Axel’s sister’s transition from a mellow librarian to a sexually liberated sun-bronzed unconstrained by convention woman could have been projected in an artful way, rather than making her look like a broken existential teenager.

The storyline of White Lines gradually gravitates towards the royal family of Ibiza, the glamorous Calafats. The mother (Conchita) and her oozing sex appeal, to a son (Oriol) who goes to church in the morning and is a regular at an elite swinger club at night and also a daughter (Kika) who is experimenting with her sexuality. 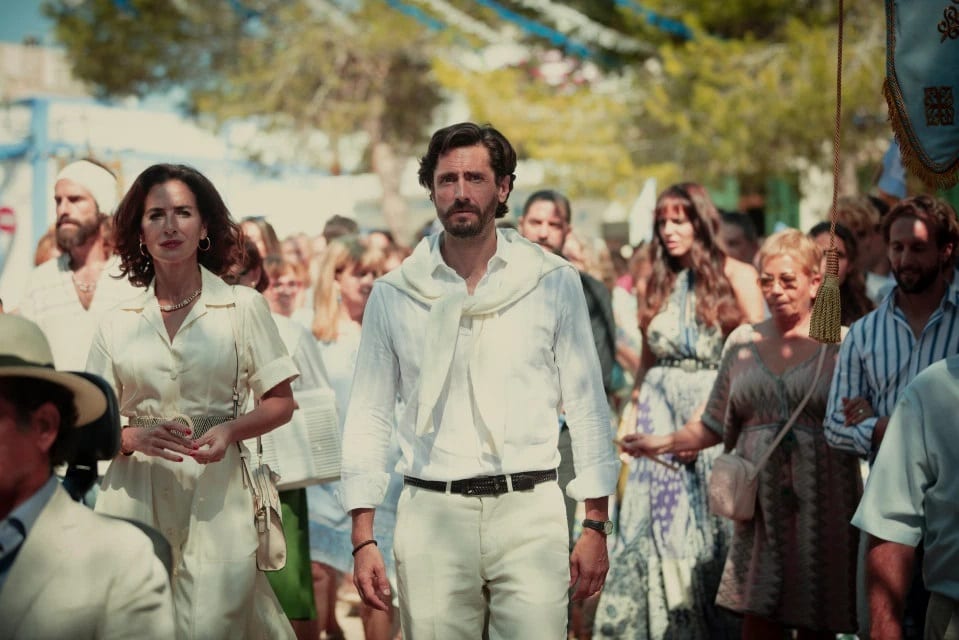 There is a resplendent Spanish mansion, an infinity pool and a mother doing some kind of water aerobics in her designer red swimsuit. From the very first episode, we sense some unmistakable tension between the son and the mother, an general air of malaise around secrets between the two family members.  Among less scandalous characters are, of course, El Padre, Mr Andreu Calafat, and the daughter Kika Calafat. 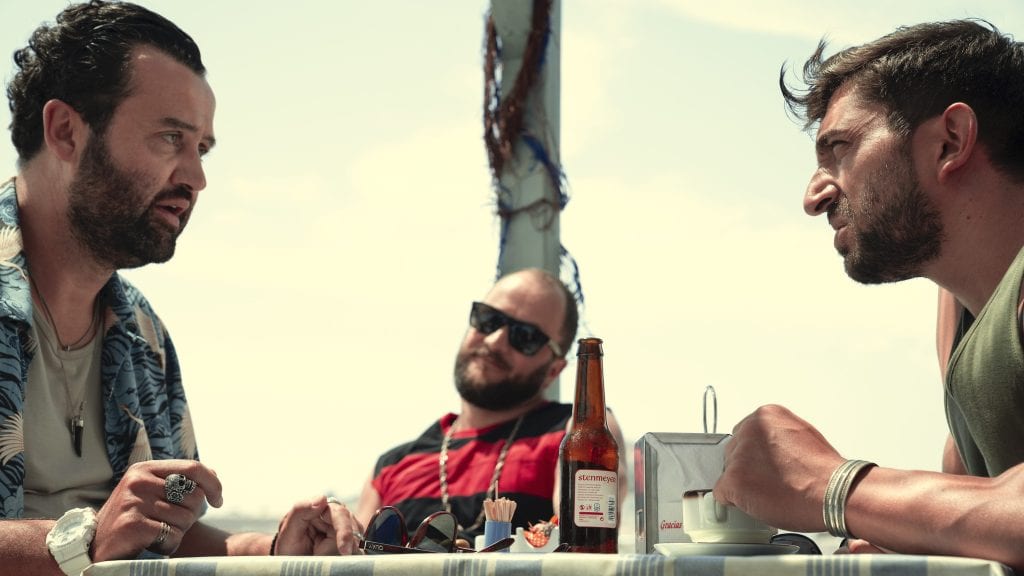 Among the unbound, uninhibited friends of our protagonist is Anna, who now runs a high profile swinger club (the one Oriol Calafat frequents), beneath those stylized and steamy sex scenes is nothing but an apology for a vacant and plotless story which by no means can be called a thriller. The bunch of extra characters, with their personal drama, takes away the development of the characters that matter in the show.

The transformation of Axel Collin from a Mozart-loving young boy to a coke addict playing woofer thumping music and becoming a celebrated electronic music virtuoso was abrupt and hurried. The series is a bit of a drag and also gets extremely messy with no clear reason to be so for countless times. White Lines normalises hedonism in the name of long term repercussions of living with pain and not taking care of it adequately. 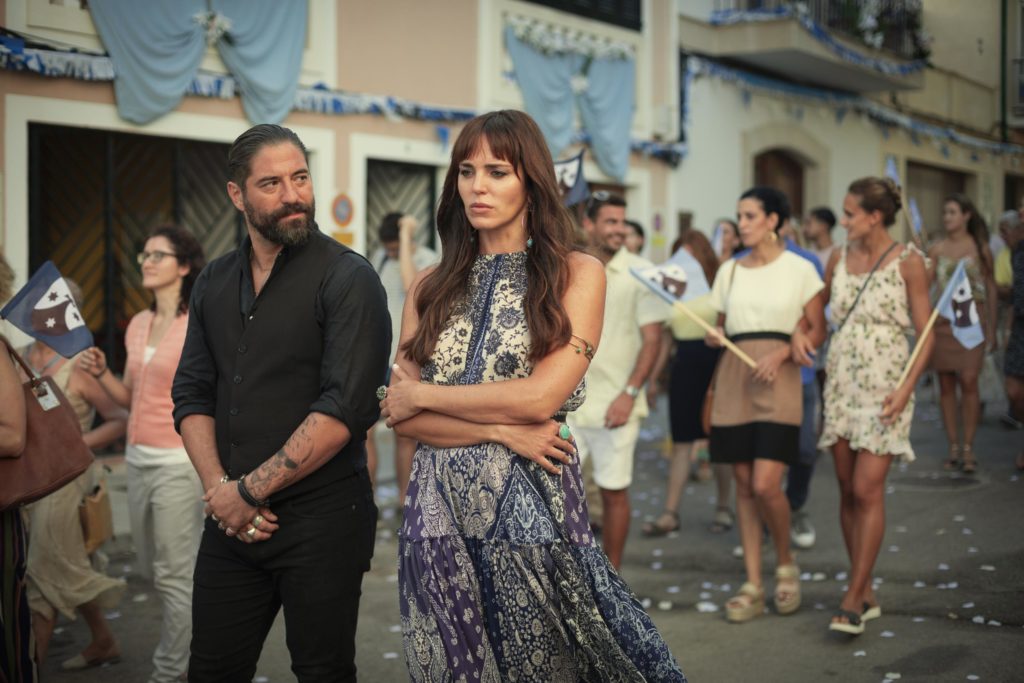 Zoe’s journey in Ibiza through how La Vida Loca is a way of life and how one can either be young and free-spirited or responsible vibe does not settle well with me. While White Lines could be a light-hearted watch (some parts are excessively monotonous, though), it ultimately isn’t thrilling at all. The subplots eventually stir up so much drama that Zoe actually forgets why she is here at Ibiza at all! 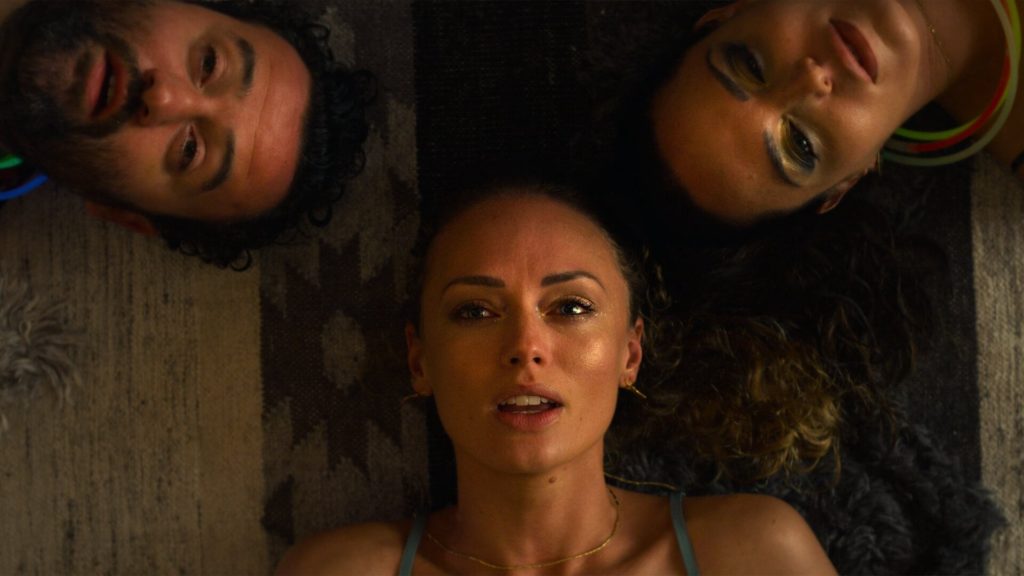 With evident involvement of Axel Collin with the Calafats and the following family drama, where our protagonist played the role of inviting problems much of the story is given away in the first few episodes. Finally, a ten-episode long season is not worth all the hype so you might not want to sit through it all. It is a let down in terms of how the killer is revealed, the whole motive of the story will suddenly feel unimportant and prolonged to you. 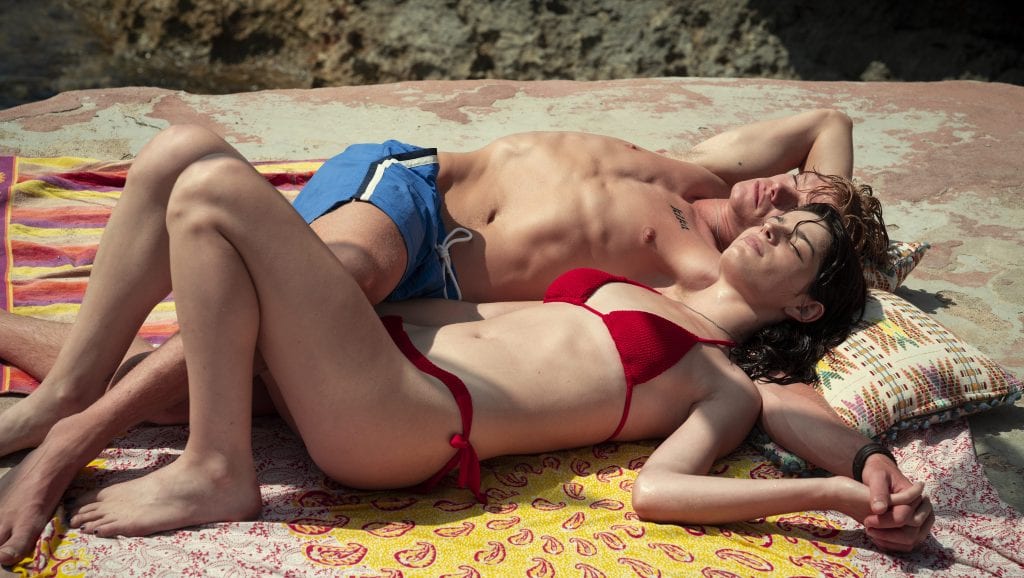 White Lines has engaged many through its raunchy scenes, idyllic cityscape, sepia-filtered cinematography with glistening seas, more than decent music accompanied with the glorious Ibizan rave parties. This show has everything it needs to become the next streaming sensation on Netflix but loses purpose amidst all the glitterati, much like our protagonist. The show is aesthetically pleasing and appealing, underneath which there could have been a promising murder mystery.

The post Netflix’s ‘White Lines’: A Whodunit with a Clear Lack of Substance appeared first on TechQuila.

This post first appeared on TechQuila, please read the originial post: here
People also like
This Is What You Should Do If You’re Laid Off
Is White Patio Furniture a Bad Idea?
How to bladder cancer immunotherapy
BECOMING A SUCCESSFUL BUSINESS OWNER: 10 KEYS TO SUCCESS IN BUSINESS
Fiction Series So Big, They Cross Multimedia Platforms: The Witcher Series by Karen Wiesner
Tenorshare iAnyGo: How to Spoof Pokemon Go iPhone 2022
Best PS5 Games Deals and Offers with massive discounts
Our Big Joe Pool Float Collection Keeps Getting Bigger
Satisfaction of the Mind Stems From Comparison
How Can You Do Low-Cost Promotion with Fabric Tote Bags?
Senior Leaders Should Stay Out of ‘Culture Wars’ on Social Media, Army Secretary Says
35 Actors With Beards (Best & Worst Celebrity Beards)

Netflix’s ‘White Lines’: A Whodunit with a Clear Lack of Substance