The reach of Facebook in the Indian market is truly unparallel. The social media giant is in everyone’s phones – atleast in those who have a smartphone.

However, with China’s ByteDance, an internet technology company, becoming a growing competitor in the world’s second-largest internet market, Facebook seems to have found the perfect vehicle it wants to go on a ride on.

Thus, Facebook announced today, April 22, that it has invested $5.7 billion in Reliance Jio for a 9.99% stake. The stake is in Reliance Jio Platforms, a very much young tech subsidiary of multinational conglomerate Reliance Industries. It is the biggest telecom operator in India, with more than 370 million subscribers. Jio has its toes into a pool which consists of different things including broadband, mobile services and online commerce platforms.

Facebook’s almost 10% stake makes it the largest minority shareholder. The company’s primary footprint in the country comes in the form of WhatsApp, which has a huge user base. More than 400 million Indians use the app, which is more than any other country in the world.

The company has mentioned in this respect that it strives to tap into opportunities for small businesses with the help of this investment.

“One focus of our collaboration with Jio will be creating new ways for people and businesses to operate more effectively in the growing digital economy,” chief revenue officer David Fischer and VP for India Ajit Mohan wrote in a blog post. “For instance, by bringing together JioMart, Jio’s small business initiative, with the power of WhatsApp, we can enable people to connect with businesses, shop and ultimately purchase products in a seamless mobile experience.”

Apparently, Facebook and Reliance were planning to leverage WhatsApp and Jio services in a bid to create an app for India, much like WeChat. WeChat, a Chinese multi-purpose messaging, social media and mobile payment app, has huge penetration in the country. More than a billion people, including many small businesses, use it for payments, promotion and other communication. 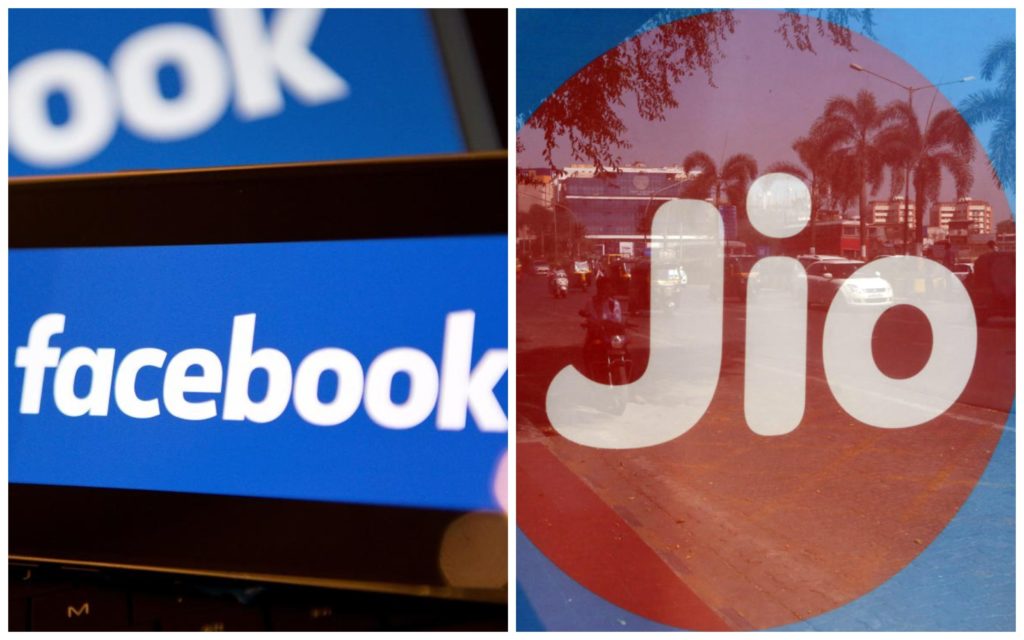 Jio’s reach, who offered heavily discounted 4G plans during launch well before its competitors, is almost at par with that of WhatsApp. According to the blog, Jio has brought more than 388 million people online. Facebook had once tried to provide free internet access to India. However, that plan did not go too well, since the Free Basics programme was ultimately scrapped for violating net neutrality laws.

“We are excited about furthering our investment in India’s vibrant digital economy,” Fischer and Mohan wrote. “Our efforts with Jio will be focused on opening new doors and fuelling India’s economic growth and the prosperity of its people. We look forward to working with Jio, and to future collaborations in India to advance this vision.”

The deal valued Jio at a pre-money valuation of $65.95 billion. It also made Facebook the largest minority shareholder in the Indian telecom network.

Jio’s offering of free internet during its launch had forced Airtel and Vodafone to redo their data plans and mobile tariffs. However, it failed to put up against Jio’s lucrative offerings. Jio is now standing at the top of the telecom game.