BRACE YOURSELF FOR 150 MBPS OF BROADBAND SPEED FROM VIRGIN MEDIA 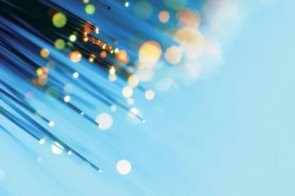 Currently,Virgin Media is offering broadband upto speeds of 50 Mbps while rival BT is pledging 40 to 60Mbps.BT has said its fibre network will hit the first crop of UK cities by early 2010 and will be complete by 2012.

According to Virgin Media's chief executive Neil Berkett,the cabinet (FTTC) network was capable of supporting up to 200Mbps but roll out of higher speeds was a "function of timing",and looking at the market situation righ now,he has eyes on speeds upto 150 mbps.

Mt.Beckett added,"As we work with application providers, and content providers... there will be a natural point where we upgrade from 10, 20 and 50Mbps to something more.If BT were to meet the time frame they have suggested - of finishing by 2012 - I would see us as having much, much faster upstream speed, running at a minimum of 100Mbps downstream and possibly more. You can see a real opportunity there."

BT has said it will deploy FTTC technology at 29 exchanges across the UK in the coming 9 to 12 months.The network will offer speeds of up to 40Mbps - and potentially 60Mbps - to 500,000 homes and businesses.Areas of Belfast, Cardiff, Edinburgh, Glasgow, London and Greater Manchester will be able to access the fibre network, which will be opened up on a wholesale basis to Internet Service Providers (ISPs) who can then offer various broadband packages to customers.Virgin Media says its network reaches half of all homes in the UK. The technology has a theoretical limit of 200Mbps downsteam speeds.

Lets have a comparison between various broadband providers

BRACE YOURSELF FOR 150 MBPS OF BROADBAND SPEED FROM VIRGIN MEDIA