"When I was growing up it was really cool to be a scientist or engineer. We need to make science cool again." ~ Sally Ride

"When you advance frontiers, heroes are made." ~ Neil deGrasse Tyson

"It matters to me. People don't get in line to get autographs of the land rover." ~ Congressman Frank Wolf, in response to NASA Administrator Charles Bolden's statement that it "didn't matter" if America or China got a manned mission to the moon.

"All civilizations become either spacefaring or extinct." ~ Carl Sagan 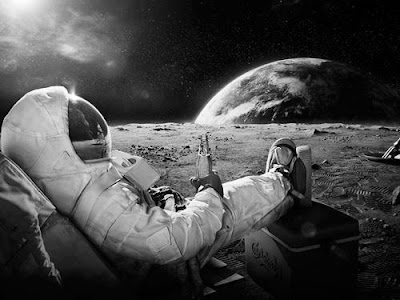 "In the beginning the Universe was created. This has made a lot of people very angry and been widely regarded as a bad move." ~ Author Douglas Adams

"Astronomy compels the soul to look upwards and leads us from this world to another." ~ Plato

"Our two greatest problems are Gravity and paperwork. We can lick gravity, but sometimes the paperwork is overwhelming." ~ Werner von Braun

"It's human nature to stretch, to go, to see, to understand. Exploration is not a choice really: it's an imperative." ~ Astronaut Michael Collins 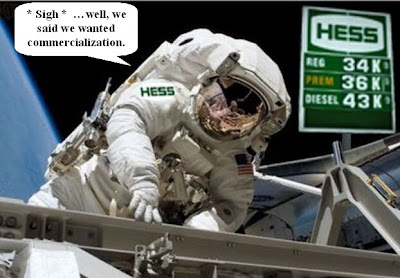 "We are just an advanced breed of monkeys on a minor planet of a very average star. But we can understand the universe. That makes us something very special." ~ Stephen Hawking

"Every so often, I like to stick my head out the window, look up, and smile for a satellite picture." ~ Comedian Steven Wright

"The Mars research has advanced my life in no capacity. How has it helped your life? Looks like Arizona, tastes like chicken. Billions of dollars. I think we should just blow it up and sniff it as it drifts past." ~ Actor Charlie Sheen

This post first appeared on Pillow Astronaut, please read the originial post: here
People also like
What is Digital Health and Fitness? Tools to create boundless studies
Karen Wiesner: The Stories Behind Classic Fairy Tales (Woodcutter's Grim Series), Part 5
Review: ‘Timeless’ Electric Universe
A Furry’s Guide to Cryptocurrency
New Molecules Identified in Space for The First Time
Short Happiness Quotes From Famous and Unknown People
Why You Should File a Lawsuit If You Were in a Car Accident