Thy Chariot Does Not Await

Here we go again! The chariot story is circulating anew on the Twitterz. In not one but two strings, well-meaning authors are attempting to persuade us that the earliest styles of vehicles pulled behind beasts of burden ultimately set the standard from ancient times up through the space program.

Some rather macabre profits are being…
What to wear: outfit ideas for Christ…
Karen Wiesner: I Have Dreamed a Littl…
Importance of SEO for small businesse…
Discover the Magic of Venice in Novem… 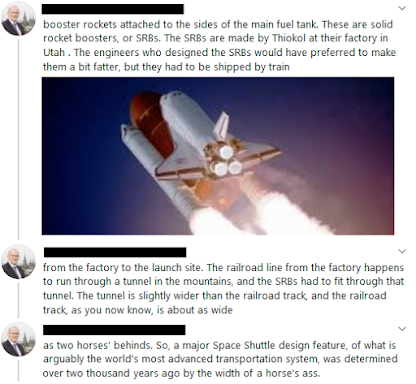 So say these champions of consequential causality, the span of two horses side-by-side (about five feet) was the original measure of uniformity. Roman roads were thus created to accommodate wheeled carriers of this width, which then spread across Asia, Europe, and the Americas. When roads became railroads, all the tools and surveys were standardized to continue engineering such widths.

When the Space Shuttle was being developed, its Solid Rocket Boosters (SRBs) had to travel by train from their manufacturer to the launch pad. No matter how large or powerful NASA may have wanted them, they had to fit on flat train cars, and through train tunnels. And so the size of modern rocket boosters were determined by ancient Roman horse-drawn chariots.

Such a simple choice in ancient times, and yet, it had a huge impact on the world. Or did it? Sometimes, we just like believing stuff because it sounds cool. (But, you know, don't.) 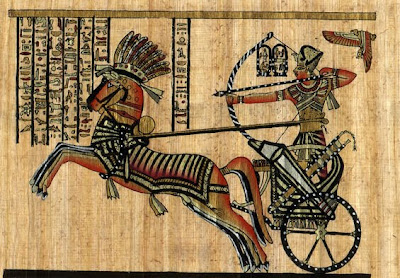 One of many different designs of chariot

Our brains are primed to enjoy the neat, circular narrative. We love a satisfying story, and as evidenced by how far these tweet-strings travel -- often circulated thousands of times, they are almost impossible to counteract. Case in point, my polite explanation received only a fraction of the retweets. Even for the most patient of teachers, the effort is always an uphill battle.

This urban legend has circulated every decade since the Space Shuttle program began in the late 1970s. The first thing to note is that Romans did not invent chariots. The second thing to note is that the earliest roads over all kinds of terrain were simply human footpaths. The ground wasn't waiting around to say "hey, I'm a road now!" until chariots were invented (though certainly wheels did indeed carve ruts more effectively).

The third claim is objectively not true. Distances between railroads tracks ("gauge") have varied widely over the last couple centuries, with three standards in the United States alone. The standard gauge used today is based on engineering practicalities, not ancient Romans. 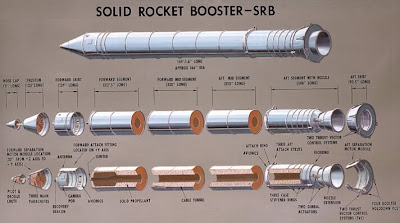 Chances are, you will wear a white gown at your wedding. Roman brides did too. We still use plenty of things invented by the early Roman Republic and the later Roman Empire: candles, scissors, postage, showers, umbrellas, heating systems, street lights, rampant economic inflation, and so on. So, to say that ancient standards are still alive in the modern world isn’t all that exciting. Humans are well-known for sticking with certain things that work, and equally notorious for sticking with certain things that don’t.

Archaeological evidence suggests the existence of chariots in far more ancient cultures: Chinese, Sumerian, Greek, Persian, etc. The Romans were late-comers, though they fancied-up chariot production with trigas (pulled behind three horses) and quidrigas (pulled behind four horses). So, while we can credit their empire with widespread road systems, they weren't overly attached to the simple metric of dual-equine-derrieres.

Methods and means of transportation have, throughout history, been designed different ways to carry different things and accommodate many different vehicles. Some have been dictated by creation costs, others by limitations of nature. From gravel paths to 14-lane freeways, a single lane often accomodates a car as small as a Mini-Cooper, or an 18-wheel rig.

Commonality of construction is no more bizarre here than the idea that all current automobiles have steering wheels – regardless of brand, model, size, number of doors, or color. The Romans would have called such specification: "desideratum" – colloquially, that which is essential is desired. 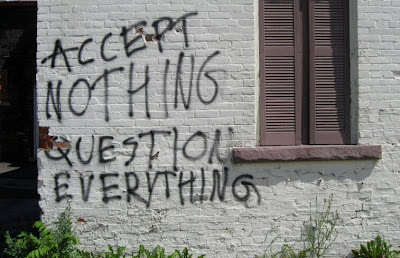 Skepticism is the new black

At the height of the railway era, over a hundred US companies manufactured three different gauges of track, showing a decided lack of standardization. The Chariot-to-Shuttle tale also assumes that any tunnel would only accommodate a single set of tracks, or only clear the train's mass with no room to spare. Also notice the mysterious mountain tunnel in question is never mentioned by name –- but between where the rocket boosters are built (Utah) and where they are ignited (Florida), there are actually 50+ tunnels.

We could muse at length over the patterns and rhythms of urban legends, but rest assured NASA takes travel into account when designing hardware specifications, but to my knowledge, NASA has never been crippled by the slightly-less-than-five-foot span of railroad tracks. No fewer than 20 companies contributed to the many parts of solid rocket boosters, so even if transport was the main event, much of the hardware is already delivered in segments, and "Some Assembly Required" is already a given on the launch pads of Cape [Kennedy] Canaveral.

This post first appeared on Pillow Astronaut, please read the originial post: here
People also like
Some rather macabre profits are being made 'Omicron' traders right now, though…
What to wear: outfit ideas for Christmas & summer
Karen Wiesner: I Have Dreamed a Little Dream (Authors and Dream Inspiration), Part 2
Importance of SEO for small businesses
Discover the Magic of Venice in November
Mental Slot Review and Playtest (NoLimit City)

Thy Chariot Does Not Await