In a recent development a Canadian electric vehicle manufacturer has announced crypto Mining Electric Car. The company named Daymak has announced that their electric car will mine various cryptocurrencies such as Doge, Ethereum and Bitcoin.

The company has named the car as “Spirtus” and said that this amazing electric car will be launched in 2023. The announcement stated that “Daymak Spiritus the first car in history with mining hardware and cryptocurrency technology programmed into the user interface,”

Let us try to find more about the interface, looks and other aspects of this incredible technology of the future.

Here is how the interface looks likes. Pretty neat and awesome! 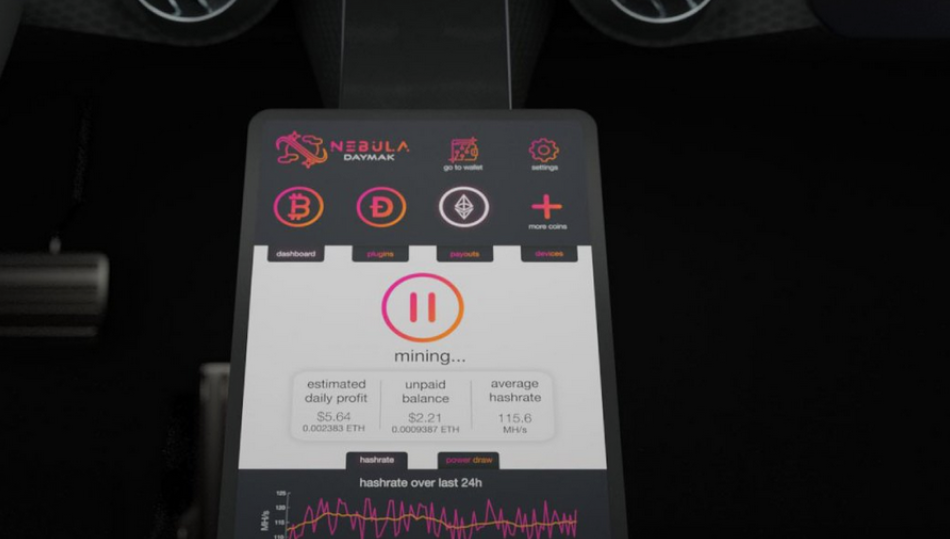 “Whereas most vehicles are depreciating while they sit in your garage, the Nebula Miner will make you money while your Spiritus is parked.”

One of the biggest crypto Twitter accounts ” Documenting Bitcoin” tweeted that this pointless, but incredible at the same time.

The Canadian auto manufacturer Daymak, just announced their new series of electric cars will mine #Bitcoin with solar energy when charging, and they're accepting #Bitcoin as payment.

This is pointless, but incredible at the same time. pic.twitter.com/mRkYvNtjx5

The firm also said that apart from mining the app will also offer features such as stalking which will support cryptocurrencies such as Bitcoin, Cardano, Doge and Ethereum. It means your car will earn money while it is in parked condition.

Deluxe and Ultimate models of Spirtus

“We envision a future where your highway tolls, your parking, and your drive-thru order will be paid directly on the fly with crypto. Your online bills and your banking can be handled through the same software platform paid in crypto,” stated Aldo Baiocchi, President of Daymak.