Popular Movies leaked by Tamilrockers|So, Movie piracy and leaks are the biggest scams and the issue when it comes to the entertainment industry. There would be many sleeper cells in the industry who can simply help these pirates to leak the films immediately after the preview or even probably after the release over the big screens though.

Disclaimer: This article is only for informational purposes. Tekkibytes doesn’t encourage  any illegal downloads which break the copyright rules and other legal formalities.

However, there are plenty of movies that you can watch it online, with the help of Tamilrockers that most popular piracy website in the internet world is often accused of leaking latest movies online before their official release dates . But let me tell you, have you ever imagined the loss that the filmmakers and even the actor’s face, it can even affect the movie stars and directors careers and so is the entertainment industry would be affected due to piracy.

Pirating a movie is very easy, but the months and years of efforts with sleepless nights, the money, the hard work, of these filmmakers and movie stars get wasted in a fraction of a second when we pirate movies.

Tamilrockers are the most popular piracy website that not only has piracy rackets within India, even international links are there to be suspected and of course, the admins and a few members of these websites have been all arrested by the Tamil Nadu authorities, but still the piracy of some recently released movies is on the go.

Why is Tamilrockers banned?

Tamilrockers are the most well-known piracy website that still continues to leak movies regardless of their popularity. However, the authorities have banned the website and have arrested the admins of the websites, still, this particular act continues to be in constant in this entertainment industry.

Of course, I had already mentioned that piracy of movies is the biggest scam in the film industry, and we really need to act against such acts to prevent the losses of film makers and stars.

Well, here we have mentioned the movies that were leaked by this popular piracy website all over the internet and you really need to check out these movies and the impact that they have caused on those movie’s business.

Is it possible to block Tamilrockers completely?

It is not virtually possible to completely shut down piracy sites like Tamilrockers. Because the network is run by many individuals anonymously around the globe.The moment one domain is taken down, at the very next moment they come up with a new domain each and every time. 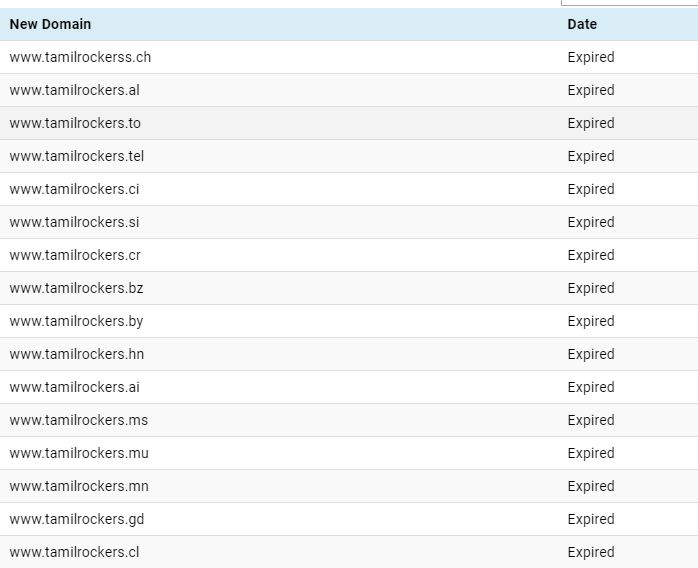 Many ethical hackers and experts also agreed that the download speed can be delayed but the complete shut down may not possible due to their diverse network and technological complications.

According to sources,most of the websites hosted by Tamilrockers are from proxy servers located in Ukraine or Russia which makes them very hard to catch.

Also with daily visitors of around 0.4 million Tamilrockers are one of the most popular websites among their followers. According, to some unconfirmed sources, Tamilrockers manage to earn $930 – $3,000 per day, which also makes them run their network efficiently. So there is no revenue problem at least.

The first movie in the list is the Bollywood movie ,Akshay Kumar starrer Kesari, which is a war drama that was leaked by this piracy website on a variety of its websites and proxy sites and of course, it has caused a moderate loss to the film’s business, as of course, the movie did not go into too much of loss though. But yet, the filmmakers that the movie would do, did not actually meet the expectations for sure. So, you can simply look for the movie Kesari that is still running around the theatres for sure.

This is that such movie that was released in the year 2018, and of course, the movie did pretty much well in the theatres as compared to the online websites. So, this is just not the only Kollywood movie that has given sleepless nights on the internet, there have been a lot of movies on the internet.

This is another Kollywood movie that made some extensive impact on the business after it was leaked on the website online for sure. Vada Chennai, is the movie that was leaked by Tamilrockers and it is actor’s Dhanush’s production movie.

Look for this Bollywood movie starrer Tapsee PannuTapsee Pannu and Amitabh Bachchan under the Red chilies entertainment and again this was leaked by the piracy website that caused some loss to the film’s business for sure.

The film that got released this summer of 2019, starring Kartik Aryan and Kriti Sanon in the leads have made a buzz around the film world, but the Tamilrockers admins did not actually back off, but still managed to leak the film on their websites days after the movie’s release.

Another popular Bollywood movie that got released last year made some serious business in the box office, but the piracy people and the members somehow managed to leak the movie all over their sites.

The sequel to Dhamaal, starring Ajay Devgan, Anil Kapoor, Madhuri Dixit and many others in the lead roles have made some good business in the theatres, but the film somehow failed with its collection after it got leaked over these websites.

This is a popular movie starring Vishal and Keerthi Suresh in the leads that have actually made some buzz in the industry for great plot and acting, but got its business down after it was leaked in the Tamilrockers websites.

Starring Amitabh Bachchan, Amir Khan, Katrina Kaif, did not do so well in the theatres however, the pirates did leak the movie online for the stars’ fans all around the world.

Another popular Kollywood movie dubbed in many regional languages got actually released in the theatres and however, the movie got leaked in the Tamilrockers site but it did well in the box office though as because of Rajnikanth’s and Director Shankar’s collaboration.

Another historical movie of Bollywood starrer Kangna Ranaut has been a great hit in the box office, but the business got low down because of its leak in the pirated websites though.

That is released in the year 2019, did great in Maharashtra, but did not do well in other states of India though, got leaked over many sites including this pirated sites.

Another Bollywood movie that was leaked in the Tamilrockers website, and did not manage to do well in the box office.

Starring John Abraham, is another most Bollywood movie that did not do well in the box office and probably neither at the online sites for sure.

The well-done Hollywood movie was actually leaked by these pirates on the internet but it did not cause that much loss in the theatres for sure.

So, you have now known about the all the movies that were leaked by Tamilrockers, However, there have still have been some impact on the movie’s and the film’s business and due to the leak of the movie on the internet.

The post Top 15 Movies leaked by Tamilrockers and its impact appeared first on Tekkibytes.com.