All of us extensively send data through emails, Facebook, Skype, text messages and many other digital platforms. This data is sometimes insignificant sometimes it contains important or personal stuff.

Building a Talent Pool in a Tight Mar…
T-shirt col rond à message 10-18 ans
Dead Ends in Cryptanalysis #2: Timing…
The Future of Cryptocurrency in India
What Is the Worst Credit Score?

Do you know that the above-mentioned programs are not secure and they ‘borrow’ your private data for the purpose of marketing?

As Michael Hass from NoHassleMobilePhones.com puts it: whenever a product is free, you are the product! It is pivotal that you send your messages across a trusted platform of communication.

And that trusted platform cannot be Skype, Viber or WhatsApp – because they are owned by big companies like Facebook. Facebook recently plead guilty to the accusation that they shared their users’ private data.

As I said, we just cannot trust them.

Here are five lesser- known private apps that send your data across privately and securely. Enjoy.

Line is an app with a very interesting story. During the tragic Tōhoku earthquake in Japan in 2011, everything was destroyed. All the communication lines were destroyed. So a group of Japanese developers developed an internet-based communication system.

In 2013, the Line expanded its horizons and also included end-to-end encryption. They call it “Letter Stealing”. But you will have to enable it. It is not enabled by default.

Telegram is not your standard end to end encryption app. While the end-to-end encryption feature is standard, there are some very creative security features this messaging app has to offer.

There is a feature called “Secret Chats”. You can delete messages, videos, and pictures from one end and they will be deleted automatically from the other end as well.

There are more than 200 million users of the app.
You can also set some messages that will delete themselves after a while. All the security measures of Telegram are excellent. Absolutely top-notch. 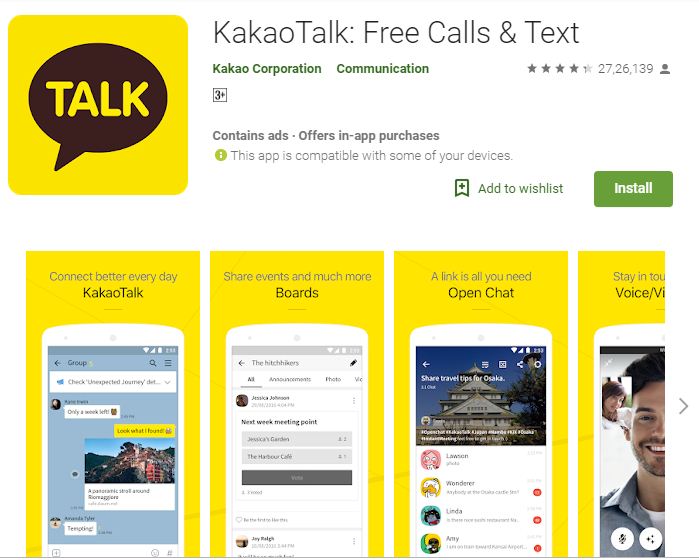 KakaoTalk is an end-to-end encryption messaging app that is very similar to Telegram. The standard messaging is not encrypted but if you wish to see your messages become secure, you will have to enable that feature.

KakaoTalk is a South Korean based app and is very popular there and the developers of the app claim that even some government and secret agencies of the countries also use KakaoTalk. If that is the case, then the app must be secure! 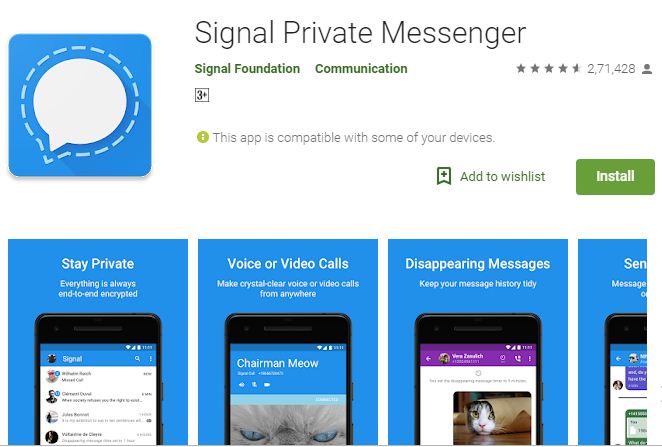 Signal is owned by Twitter, the social media giant acquired it in 2011. It is known to be one of the most secure and easy apps in the world.

It is well-known that Signal is used by reputable figures that advocate privacy – one of them is Edward Snowden. I don’t think there is a lot needed to be said now.

Signal has received funding from big companies as well. Their only goal is to advocate internet privacy. 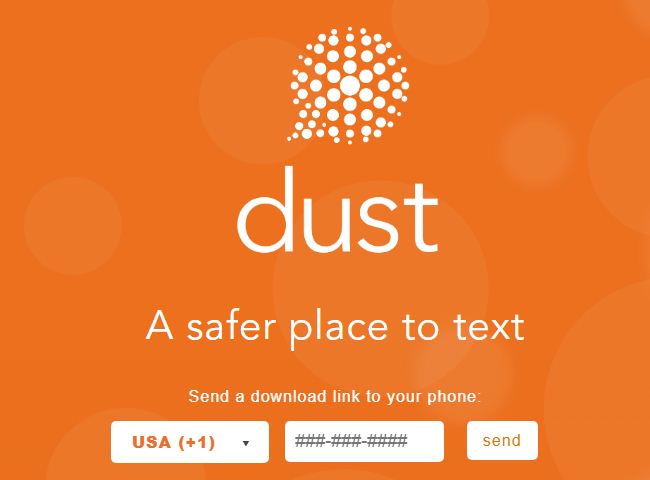 Dust uses AES 128 and RSA 248 encryption. It is a private messaging app that allows you cool features like deleting the messages from receiver side as well. Meaning that you can communicate to people no matter what, without the care in the world as you can delete the messages later on.

The company claims that even they cannot access your messages. Dust is completely free and is available for both Android and iOS users.