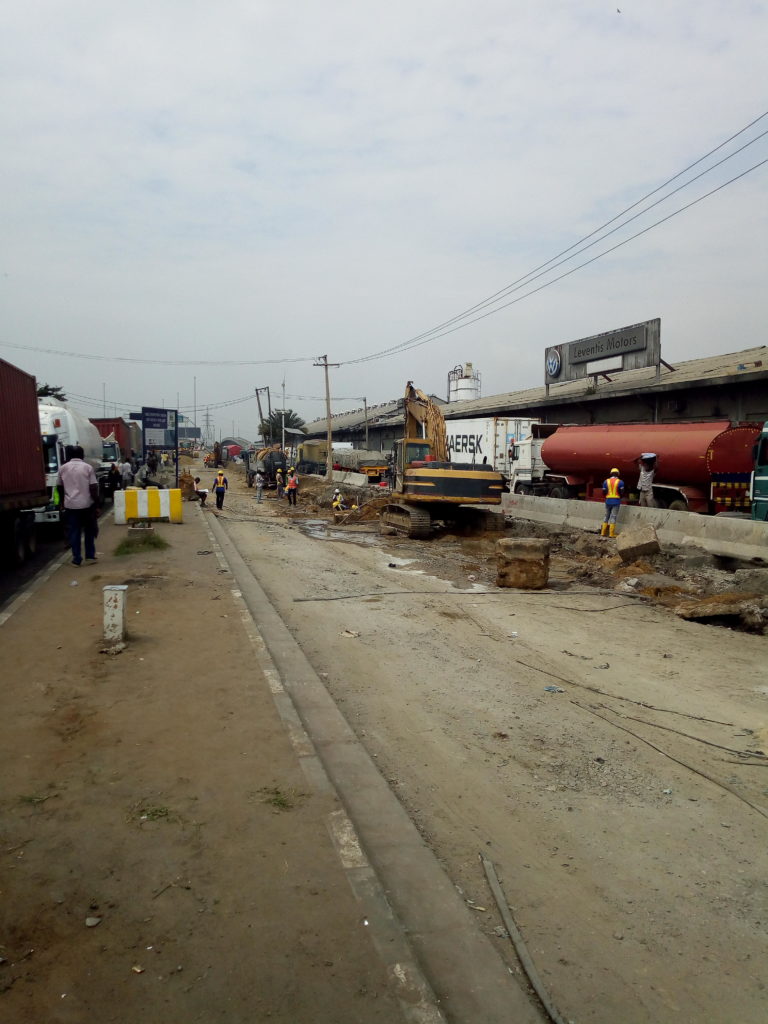 The Federal Controller of Works in Lagos, Godwin Eke, says the Section 1 of the four-kilometer Apapa-Wharf Road in Lagos State currently under reconstruction would be opened to traffic before January end.

Eke who made this known to newsmen in Lagos on Wednesday said that the measure was to reduce gridlock and hardship to road users plying the road.

An engineer on site who craved anonymity told newsmen that work was also progressing on Section 2 of the project.

The engineer said that the project was divided into four sections.

He said the pace of construction in each section would depend on how fast the utilities in the Right of Way (RoW) of the project were relocated.

He said that there were both surface and underground utilities, which include the covering of the gas pipelines, internet cables, water lines, 11KVA and 33 KVA electric cables in the RoW.

The engineer said that these must be taken care of before their workmen construction works could start. 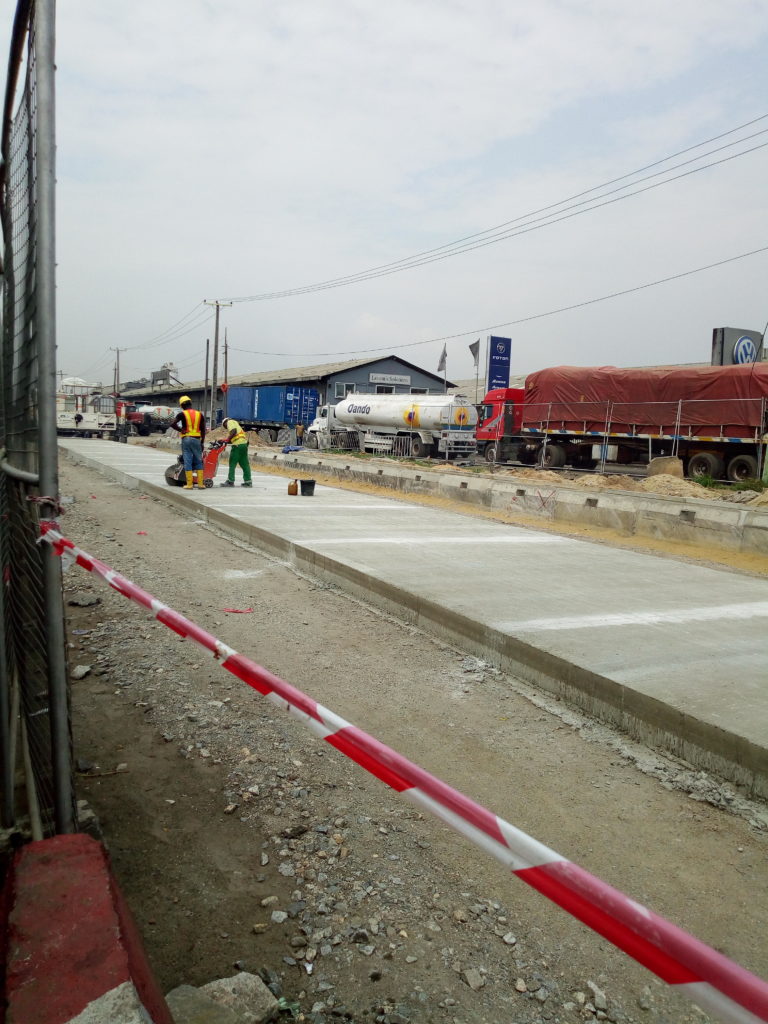 “We are working here now because we have been able to identify where gas pipelines are and work around it.

“We have also hung the utility cables that were removed here so that we can replace them in the new service ducts that we will provide after construction.

“We cannot move to Section 3 without taking care of the various utilities.

“The whole section is about 550 meters and we have done the drains more than halfway on this side,” the source said.

The engineer also said that all the precast elements needed to speed up construction works were ready.

The Minister of Power, Works and Housing, Babatunde Fashola, had on June 17, 2017, signed a N4.34 billion Memorandum of Understanding (MoU) with AG Dangote Construction Company Ltd., and some other stakeholders for the reconstruction of the four-kilometer Apapa-Wharf Road.