Want to Increase your App Profit Margin by 23%? Invest in Custom App Development

Did you know there could be a downside of investing in an app that comes semi-readymade and takes less to no go to market time?

The App Development type under scrutiny here is White Label Solution Apps. Even after coming across with a number of sweet promises, life of the perks are as short lived as the next application update. The fact that is taking people away from them to Custom App Development.

White Label Solution Apps or Recyclable Apps are the one that are given out to brands to use as their apps. Imagine this, you have a commutation app idea like Uber and you are given the Uber App, where all you have to do is fill in the details specific to your brand. You only need to change the brand name, maybe the background colour, and voila! You have your Uber like app ready.

White Label Solution Apps give you a readymade app that only needs to be filled with your brand details.

In our experience, we have seen that only within months of making the switch from White Label Solution App to Custom Mobile App, brands find a huge jump in their P&L statement. All due the evident benefits that Custom Mobile App Development comes with.

Here are some of the benefits that comes as a part and parcel of investing in Custom Mobile Application Development process.

Undoubtedly, White Label Mobile App Solutions come with offeringS that get too difficult to ignore – Low Cost of Development and Fastest Time to Market. But, under all circumstances, the benefits end just there. And these are the places where the long term problems always starts.

Let us look at these and some others in more detail, through the viewpoint of Custom Mobile Application Development 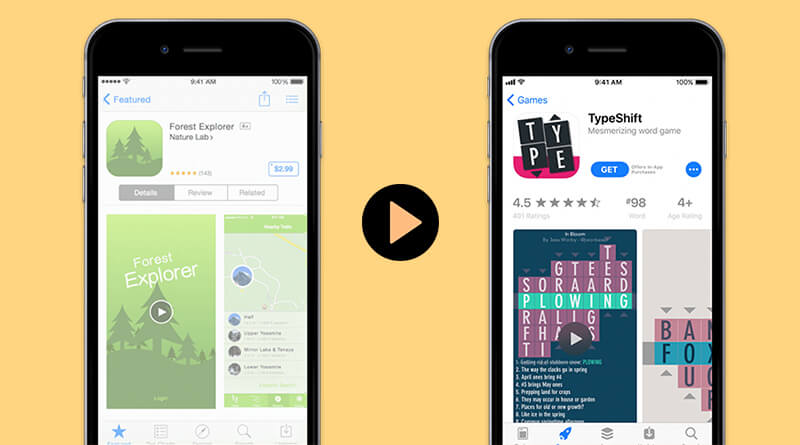 White Label Solutions come with an app design that you choose to then launch your app on. The catch is, you are not the only one using the design and layout. Your competitor, who is in the similar line of features, has also chosen the same design like you, to save his time and development time.

When opting for Custom Mobile App Development, you get freedom to choose the design, UI, UX, flow, features, and much more. This keeps the individuality level intact in your app.

You Have the IP Rights

One of the most scary elements of White Label Solution Apps are the lack of IP rights. You have no right on anything that you have based your company’s brand image on. Everything from the code to server belongs to the development platform from where you found the app.

In case of unexpected, unsafe future, it’s not just your brand image that is at stake, but also your users’ private data.

The fear of data security and a right on app’s intellectual property is safely mitigated when you invest in custom app development. As you are the sole owner of the app and its backend, once it’s developed.

Custom Apps are hands down more Scalable. When you invest in a White Label Solution App, you invest in an app that comes as a whole, with no scope of expansion. Adding features or even moving them from Android to iOS or vice versa is not possible with the Recyclable Apps.

Scalability is the one feature that you can only enjoy when you are the parent of the app. Something that only Custom App Development can offer.

Chance at Getting Updated

With white label solution, your app story ends as soon as the app is launched. With a solution that works in such isolated environment, it is nearly impossible to plan a constant update plan, without involving the White Label App developer and burning a hole in your pocket, one thread at a time.

With Custom App Development, you can easily update the app as and when you feel the need of offering something better to your customers. Unlike your white label counterparts, you can make arrangements with your Custom mobile Application Development Companies right from the stage when you decide to invest in them.

With custom, you can ensure the future of your app, the one that guarantees it will keep changing with the changing users demand

Lets you Enjoy the Perks of Automation 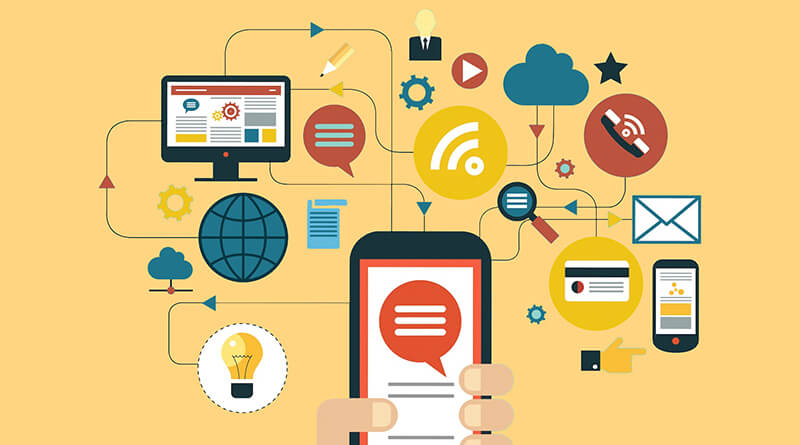 It is no secret how Automation makes the life of both users and developers easy. Whether it’s as simple as sending notifications or as complex as updating the attached cloud service as and when some change is made.

White Label doesn’t let you enjoy these perks as the chance of automating the app beyond what is already there is less to none.

Here were the reasons, why us and every app development company who works to become a brand’s partner (which only happens when you move on from just being a mobile app developer) stresses on investing in Custom Application Development.

While the internet is filled with a number of benefits, even more than the ones listed above, we have seen the approach work wonders for companies that get associated with us. Here is an example of a brand we partnered with for handling their Custom Application Development process and how they gained 23% hike in their profit margin after making the switch from White Label Solution App to our Custom App –

2. The Case of How our client Saw a 23% Increase in their Business Growth after Going Custom. 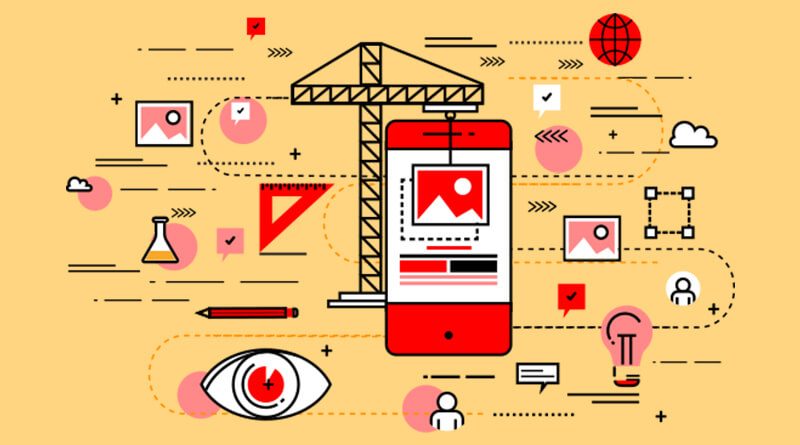 *For the sake of the NDA clause, we are going to call our Client, ABC.*

We had a client, ABC who had invested in a White Label Solution for one of their enterprise app, that they needed to streamline their business process and bring the offshore and in house team in sync, while being available to the clients in real time.

It took them some four to five months to realize that in order to become truly productive and to bring the whole team and the associated entities so in sync that it reflects in their Profit and Loss statement, they will have to let go of the app format which was already floating around in a number of companies as theirs.

It’s not just ABC that had made the move, when they contacted us through our App Consultancy page, we shared with them a number of case studies of other agencies that made the switch from White Label Solutions to Custom App Development.

Here are some of the ways Custom Application Development helped their case.

One of the biggest challenges they were facing with their recyclable app was that their team outgrew the set of features that they were given as part and parcel very soon.

After continuing with the same set of processes, even though the employees were now manually doing the tasks that should have been handled on the app, for about 3 months, ABC started seeing visible signs of low productivity.

Once we developed the app according to the exact needs (we added features to not just meet the present needs but the ones that they would come across in the time span of next 5 years), their quarterly performance report showed a reduction in inefficient tasks and a rise in ROI from their application – All in terms of productivity measures.

The feature of giving real time data of software order received by the offshore sales team to the product team based in Bengaluru was missing in their app (it was a feature in the upgraded version of the white label app that they had selected. But they hadn’t opted in for it). The process that they followed was that the sales team use to be a collaborative report of orders and specifications and used to send it over by the end of the working day, everyday.

There was an evident miss of collaboration between the in house and offshore team. It took them 20 misinformed software configuration delivery complaints to realize that they needed a real time update solution.

After getting their Custom App developed, apart from the visible reduction in number of complaints related to late or incorrect software delivery, they even saw a rise in the collaboration among the team and an increase in customer satisfaction.

The process that ABC was following was that they were sending out feedback forms after the completion of an order and if in case they got any negative feedback, they used to handle it over call. On more than 5 incidents, it happened that they failed to tell their customers that the issue has been resolved, even when they were.

Through our custom app, we gave them a platform where they made a rep active on even the off hours and then implemented an auto mode of sending feedback reports after every decided milestone. Both the steps brought in timely communication and redressals.

The application that ABC had chosen was unresponsive to PCs. We know that enterprise apps cannot operate on just one device – Mobile. It needs to be workable on PCs, Tablets, and sometimes even Wearables.

And we brought the app on exactly all these devices that the team were using. For this, we first made a list of devices – OS, Versions, and Device Type that were operational in the team and then made a deployment plan accordingly.

Came Points Above Their Competitors

In the enterprise application scenario, it is not uncommon to see an inclination towards white label solutions apps, as it is a common belief that the included features won’t have many drastic changes. This was the notion that made ABC invest in a white label solution, without thinking that every business operates differently and have different processes and tracking systems to follow.

After integrating the app with their exact business needs, ABC in their semi annual report witnessed an increase from their competitor’s growth sheet. While there were other reasons behind this as well, they attributed it to the app that helped streamline their business process, to a great extent.

The numbers that their reports showed were only an atom in front of the various quantifiable and unquantifiable benefits ABC drew when they chose to let go of their White Label Mobile App for a Custom made Solution.

So here, you have the proof that Custom App Development supersedes White Label Solution Apps. Are you ready to make the one time investment in your future? Need more Clarifications? Contact Our Team of Mobile App Experts, today.

This post first appeared on Top App Development News, please read the originial post: here
People also like
Highest earning apps use Apple Search ads
Top Things to Do in San Francisco, California
Automatically Post To Social Media From Airtable
Italian side Lecce open talks with Barcelona to sign Samuel Umtiti
6 Brainy Ways to Proceed When You Owe IRS Back Taxes
Pass the CAPM exam on your first try with a virtual training class from Master of Project

Want to Increase your App Profit Margin by 23%? Invest in Custom App Development