Native App Development is a methodology that has been backed by industry giants like Facebook, LinkedIn, and Twitter, amongst many others. The USPs that the development process comes with, such as – seamless user experience, greater speed, and higher scope of integration with device’s features, all together have made Native Application Development a reliable match for mobile Apps.

Seeing how the methodology elevates your app’s performance and look and feel to a whole different level, we realized that it deserves an in-depth analysis. And just for that, we have divided all there is to Native Application in three parts. The first part (the one you are in for) deals with what the process is and the reasons why brands are opting for it.

The next part of the series will show you how to develop a Native Android App using Android Studio and in the third and final part, we will look into the process you will have to follow to develop an iOS Native App using Xcode.

What are Native Apps 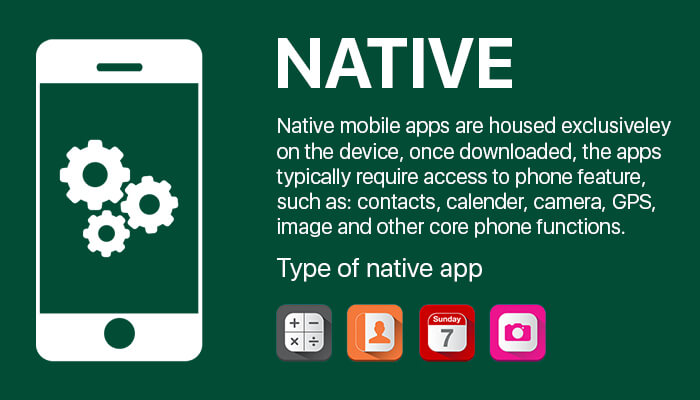 After learning what Native applications stand for, the next question that gets thrown on us is why invest in an app that can only run on one specific platform or even device, when you can get an app that would run on both the platforms and on various devices as well?

The answer I always give is – Because Native Apps have elements that give a user experience that Cross Platform/Web Apps will take ages to offer, and even then the chances are they will not be able to come up to the mark when the comparison will be made.

Here are the factors that I base my notion that Native Apps are best for Mobile App Development, on. 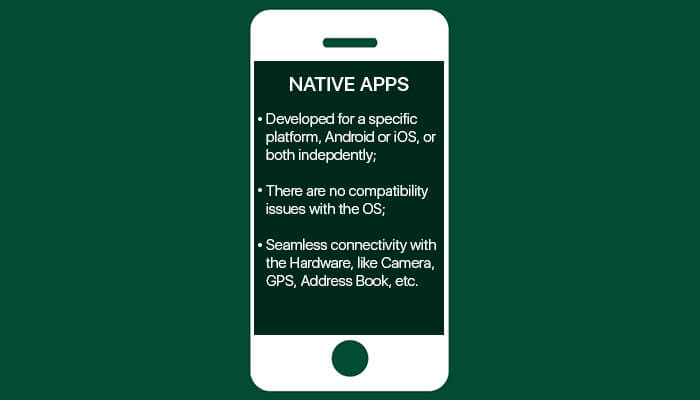 Why are Native Apps Beneficial for Mobile App Development? or we can rephrase the analysis as The Ways Native Apps are Better than Hybrid/ Web Apps.

The environment in which a native application is developed complies with specific OS’s user guidelines and technicalities like swipes, gestures, header position (left for Android and center for iOS). It reduces the app learning time to a huge extent as the users are already aligned with how the different features of their device works.

By not being dependent on the web, Native apps run much faster as compared to their Hybrid counterparts. Their USP of being responsive works not just in the favour of user experience but also speeds up the in-app time.

Hybrid Apps are known for their greater application in catalogue type apps, where the aim is to just showcase the product and not to aid their purchase. Adding features beyond simple display, calls for being in sync with device specific features – a move that is only possible when you follow Native Application Development process.

Unlike Web Apps that are dependent on internet connectivity, Native Apps can even function in an offline mode, as the data is already downloaded.

The reasons we choose Native App Development as a support for our Mobile UI/UX Design Process is also one of the biggest visibly differentiating factor when it comes to comparing native experience with a hybrid one – Aspect Ratio. As we know that the dpi level varies from device to device, when you try to fit one app in different devices, there are bound to be difference in views. Other than the aspect ratio, using hybrid apps will rob your users off from experiencing personalization in terms of buttons, icons, and gestures.

Read: Native vs. Hybrid Apps: The Decision that holds the Key to Undisputed User Experience

Now that we know what Native Application is and the reasons we swear upon them as compared to the Hybrid apps, let us look at the tools that are used to develop them.

When doing Native Mobile Application Development, there are two platforms that both Android and iOS have individually introduced the application industry to – Android Studio and Xcode.

Here’s a little info on both of them –

It is the official IDE of Android Operating System. The platform comes with a number of features, including –

Xcode is Apple’s IDE that have a suite of tools used for developing apps for iOS, macOS, tvOS, and watchOS.

These are the features that Xcode 9 has come with –

With this, you now know what Native Applications are and the reasons why brands are preferring them over Hybrid counterparts, along with a basic idea of the features the platform that you will be using to make them, consists of.

The next part of the trilogy will cover how to develop Native Apps using Android Studio. Look out for the info in this section.