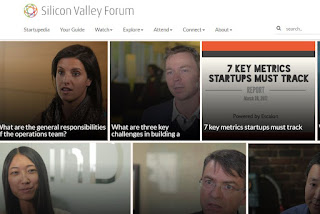 SAN JOSE, Calif. -- The Oscars® of Silicon Valley returns for a landmark year: Bay Area nonprofit organization Silicon Valley Forum is proud to announce that the Visionary Awards, one of Silicon Valley’s longest-running tech ceremonies honoring the brightest stars in tech, will celebrate its twentieth anniversary on June 8th, 2017. Held at the beautiful new GlassHouse in downtown San Jose, the 20th Anniversary Visionary Awards will feature a lineup of honorees befitting the seminal occasion, each of whom have contributed unmatched voice and vision to Silicon Valley’s unique technology ecosystem.

The event will also feature a panel discussion on “The Future of Technology” with three esteemed Visionary honorees from years previous:

“In 1998, when Barbara Cass created the Visionary Awards, there was nothing yet like it in Silicon Valley,” said Denyse Cardozo, Silicon Valley Forum’s executive director. “She saw that we were producing a brand-new kind of talent here—the kind that can change the world. It’s been an honor to keep her original vision alive and to keep building on it.

“Technology changes, and it changes quickly,” Cardozo added. “But the fundamental qualities of a Visionary remain the same: unmatched imagination, future-focused, leaders in every possible sense—including their ability to leave the torchlight burning for those who would follow in their footsteps.”

Once a closed, invitation-only event, Cardozo’s vision for the Awards has kept pace with the changing social landscape of Silicon Valley. “We decided early on we wanted to make this open to the public—to our own incredible community and beyond,” Cardozo said. “In Silicon Valley, a chance meeting can change everything—and, as our own Visionaries have proven time and again, the most wonderful things happen when the walls come tumbling down.” Tickets are on sale at the event page here.

“Silicon Valley has earned its legendary foothold in modern history thanks to the efforts of Visionaries just like these,” said Kevin Surace, Silicon Valley Forum board chair and CEO of Appvance. “It’s an honor to share a stage with people who have created the world anew, time and again, simply by refusing to accept it the way that it is. This is how true innovation happens. This is how Visionaries are made.”

“Visionaries invent the future, reimagining what’s possible to improve how we work and live,” said Jitendra Kavathekar, managing director of Accenture Ventures’ Open Innovation group. “Accenture is proud to honor these exceptional leaders by serving as a Gold sponsor for Silicon Valley Forum’s 20th Anniversary edition of the Visionary Awards.”

Tickets are available at the event page individually or in sets of two, as well as by ten-seat tables (for attendees who want to enjoy a shared client or team experience). The evening begins at 6 pm with a cocktail reception, and concludes at 10 pm. Cocktail attire is encouraged.

At Silicon Valley Forum, we believe in the transformative power of entrepreneurship. We’ve dedicated the last 33 years to helping people learn how to build a business the Silicon Valley way, with a focus on creativity and innovation, using technology to bring society towards a better future. Whether you’re trying to create a company here or build your own Silicon Valley at home, our events and our online portal light the way for you to learn and grow as a 21st century entrepreneur.

Throughout our 34-year history, we’ve created thousands of successful events, programs, and conferences that educate, train, inspire and connect technologists, entrepreneurs, corporates, investors, innovation and startup hubs, and students—in Silicon Valley, throughout the U.S., and globally. We organize over 70 different activities per year, have over 20,000 subscribers/users, and work with over 40 countries worldwide.

Our partners include global leaders like Accenture, IBM, Microsoft, and SAP, just to name a few, as well as leading venture capital firms and service providers. Silicon Valley Forum is a fully independent 501 (c) (3) non-profit organization.