Known for his vocal support of Arsenal (except manager Arsene Wenger), TV personality Piers Morgan got absolutely roasted by Jesse Lingard on social media a little while ago.

Morgan used the crying from laughter emoji’ saying the Englishman would be sitting on the bench because of the Chilean’s arrival.

Lingard replied by reminding Piers about his dance celebration after he scored at the Emirates during the 3-1 win in December.

Check out a screenshot of the activity below – 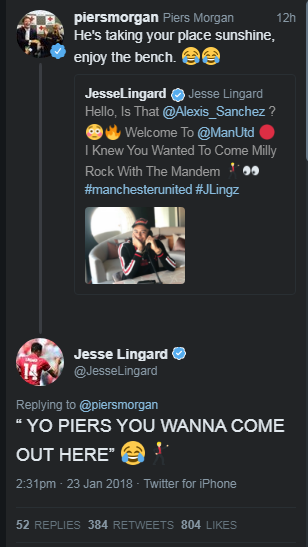