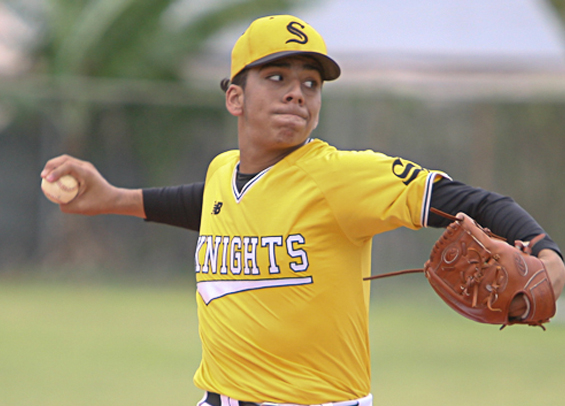 Head coach David Miller has done an excellent job of bringing talent to a La Salle baseball program that was in grave need of an overhaul. Now, for the third straight season, he's bringing another nationally recognized recruitment class to a new look Hank DeVincent Field.

"We went big on our first two recruiting classes, 13-15 guys per class, and we really wanted to change the program quickly," Miller told GoExplorers.com. "With this class, we were more calculated about need and where we wanted to fill positions when our upperclassmen graduate."

The class includes seven prospects and is ranked 78th in the country by Perfect Game and first among Atlantic 10 Conference schools.

"We went big on pitching," Miller said. "With this being our third recruiting class now, these are the guys that are going to take those first two classes to the next level. This is a great class because we're filling a need with power pitching. But we're also filling a need with speed and defense with a blend of power."

Perhaps the biggest name of the bunch is right-hander Frank Elissalt out of Miami, Fla. At 6-3, 210-pounds he profiles as a power-pitcher and was considered to be the 79th top high school player in Florida. He sits consistently in the low-90s and has the potential to secure a weekend starting role this year.

Toal, the brother of junior infielder Tommy Toal, was a three-sport athlete in high school and excelled in everything. Miller believes getting Toal to focus his athleticism on just one sport will help immensely with his growth. He's ranked as the 81st best high school prospect in Pennsylvania by Perfect Game.

"Once he starts sticking to baseball year-round, I think the sky's the limit," Miller said. "He's only going to get better as he starts to play baseball day in and day out."

La Salle was 21-11 in non-conference play last season, but struggled mightily in the Atlantic 10 winning just four of 24 contests to finish the year with a 25-31 mark. Despite the struggles, the club still posted an 11 win improvement over their record from 2018.