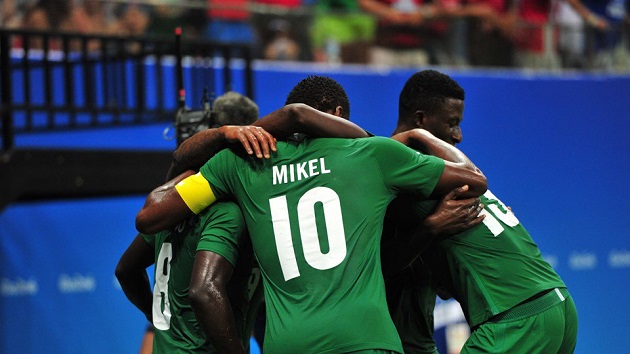 The Dream team will face Germany by 8pm tonight in a bid to win Nigeria's first medal at the ongoing Rio Olympics.
The several challenges Siasia’s team have encountered are well documented, but by far their biggest hurdle will be a rampant Germany, who put four unreplied goals past a highly-rated Portugal in the quarterfinal.

BetPay.ng (How to Book A Bet, Become …
Etisalat Customer Care Number & Call …
India can be the epicentre of global …
Romantic Interior Design
Regaining fitness after major surgery…
Germany’s best showing at the games was achieved in 1988, when they won bronze.
But in Bayer Leverkusen winger Julian Brandt they have a match winner, who already wrecked Nigeria at last year’s FIFA U20 World Cup in New Zealand.
The Germany No 11 may not have got on the scoresheet in Brazil yet, but he has provided seven assists as his team march towards Saturday’s Gold medal match.
Germany have scored 19 goals in Brazil with Arsenal striker Serge Gnabry notching six goals.
It is such an offensive machine that will be up against a Nigeria defence that have shown remarkable improvements amid concerns about how solid they are.
It was a highly disciplined defending by the African champions in the quarterfinal against Denmark and this was crowned with their second clean sheet of the competition.
However, they will be without defensive midfielder Azubuike Okechukwu, who is suspended for tonight’s game after he picked up his second booking against Denmark.
The team’s leading scorer Oghenekaro Etebo with four goals has not been able to shake off a hamstring injury he suffered against Colombia and he will therefore miss his second straight game.

But Turkey-based Umar Aminu is a capable replacement as he proved by scoring one of the goals in the quarterfinal.
With the various shortcomings in the other sports in Rio, the pressure is most certainly on this team to deliver tonight.
Kick-off time is 8pm inside the Arena Corinthians in Sao Paulo.
Follow @wolexis