NOT IN THIS LIFE! Emenike Rejects Claims He Of A Return To The Super Eagles 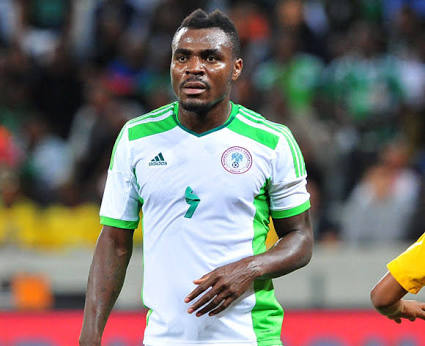 Nigerian striker, Emmanuel Emenike has revealed that he is no longer interested in playing for the Super Eagles, the senior national team of Nigeria.

He revealed this in an interview with Sportinglife on Sunday, February 28, 2016, bluntly stating that he has no intention to join the team now or in the future.

“I’m done with the Super Eagles, and I am making it clear again that I am not going back, ”It’s my decision and I am not going to reverse it, I am sorry if I have offended anybody regarding this but no Eagles return for me,
“Like I said, I didn’t quit because of anybody, it was a personal decision. Oliseh didn’t force me out of the Super Eagles as it was reported, I don't need anybody to speak with me before I take a decision.
It was my decision and I won’t reverse it."

The invitation to the team was a gesture by coach Samson Siasia, who took over upon the resignation of Sunday Oliseh, who explained that his team and staff were not being given the necessary support to excel in their outings.
The striker was invited alongside goalkeeper, Vincent Enyeama, who also had a fall-out under Oliseh. Emenike is currently on loan with English Premier League club, West Ham United, a club where fellow countryman, Victor Moses also plies his trade.
Follow @wolexis

NOT IN THIS LIFE! Emenike Rejects Claims He Of A Return To The Super Eagles