The forgotten Nigerian striker made his first start for the rock-bottom Premier League strugglers and scored their equaliser before earning the penalty for Jermain Defoe’s winner in a 2-1 triumph. 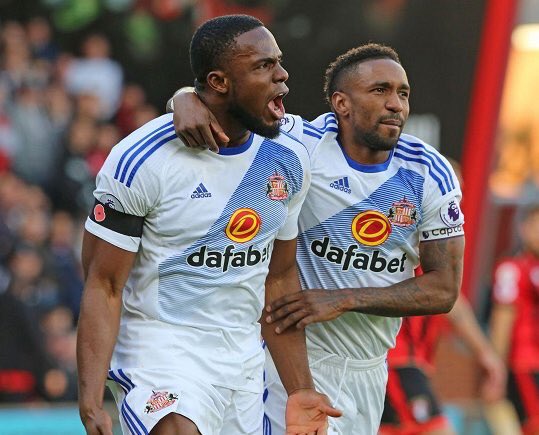 But having thrown his shirt into the a joyous away end at full-time to unveil strapping across his midriff, Anichebe Revealed his match-winning performance came despite the fact he was in so much pain that his movement was restricted.

‘In the first half I cracked my rib, I couldn’t move properly,’ he told Sky Sports.

The 28-year-old was an unlikely hero for David Moyes’ team, having been signed in early September as a free agent after the close of the transfer window.

But he proved key on Saturday and manager Moyes, who served a touchline ban at the Vitality Stadium, hailed his striker’s talents when speaking post-match.

‘I’ve always thought Victor’s had a great ability — a lot more than most people give him credit for,’ he said. ‘He is strong, quick, good in the air.’

Anichebe also took the opportunity of Saturday's win to poke fun at his own blunder. 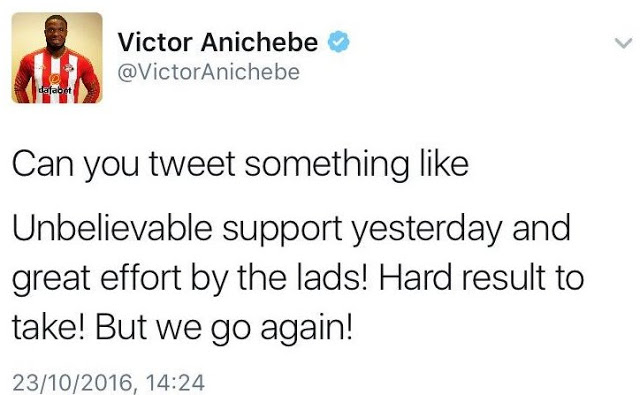 This time around, Anichebe tweeted:

What a result!!! Strong character from the team, and the fans were amazing!! 🙌 #SAFC pic.twitter.com/glFHIDPNpo
— Victor Anichebe (@VictorAnichebe) November 5, 2016