David Moyes spoke to reporters today, and insisted that suggestions that West Ham are deep in talks with Benfica regarding a move for Gedson Fernandes are not true, as quoted by Football.London.

The Scot did seem to hint that the 20-year-old Portuguese starlet is the kind of player who the Hammers are looking at, however.

Sky Sports claimed last night that West Ham are in talks to sign Fernandes. And if the east Londoners do manage to get a deal over the line for the midfielder, it really would be a superb signing for them. 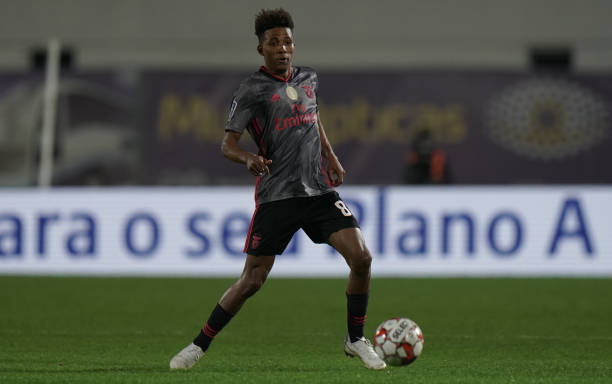 Manchester United are also said to be keen on the Benfica youngster (Sky Sports).

And Moyes admitted that Fernandes is the kind of player that the Hammers would like to sign this month, as quoted by Football.London:

I don't think I would go so far as to say we are in deep talks, that's not quite correct. He is a name mentioned alongside many others. If we can strengthen the squad then I'd like to do so but for the players we think are correct and will improve us. He comes into the category but I have got to say, we want to add a player in that department and adding one in January is never easy but if we can, it will help us.

What would he bring to West Ham?

Fernandes has a £102 million release clause, but Benfica accept that they will not get close to that figure (Sky Sports).

Portuguese media outlet Record claims that the Primeira Liga outfit could sell him for just £34 million.

It is claimed that West Ham want to sign the 20-year-old on an 18-month loan deal, with an option to buy.

The Benfica star has the ability to help take the east London outfit to another level entirely. He possesses exceptional technical ability, but he is also willing to get stuck in an embrace the physical side of the game.

And West Ham fans will be praying that their club can get a deal to sign the Portuguese youngster over the line.