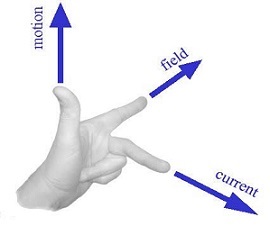 Not all advice is good advice
Cognitive Distortions, Sobriety, And …
Q&A with Phil Yates: Shaping the Futu…
Exhibit D: Lipstick and rifles--Ukra…
What is Google Ads and Types of Ad Ca…
DC MOTOR
Basically there is no difference in the construction of a dc generator and dc motor. The only difference lies in the utilization of the machine. When the dc machine converts mechanical energy into electrical energy, it is termed as dc generator whereas when the dc machine converts electrical energy into mechanical energy, it is termed as dc motor. Both work on the similar principle. Whenever a conductor is placed in a magnetic field and mechanical motion to the conductor is given, emf is generator whereas in the motor due to the input of electric current, varying field is produced and when a conductor is placed in the varying magnetic field, a mechanical force is experienced by the conductor and the conductor is pushed away from the field. This mechanical energy is utilised to rotate the armature of the d.c. motor.

WORKING PRINCIPLE OF DC MOTOR :
For the sake of understanding the concept, consider a single polar motor as shown in Figure. The conductor is placed around the circumference of an armature such that it falls under the influence of uniform magnetic field. In Figure. The conductor does not carry any current and so the flux of the main pole does not get distorted and is in the direction shown in Figure. In the next Figure, the flux of the main pole is purposely omitted for the purpose of clear understanding of the flux produced by the current in the conductor. The current in the conductor travels from back to front and the direction of magnetic flux produced can be found by thumb rule. Fleming left hand rule states that keeping the thumb, forefinger and middle figure at right angles to each other, if the forefinger, and middle finger points out flux and direction of current, the thumb points out the direction of force experienced by the conductor.