Despite just being proclaimed La Liga champions for the first time in three years, the financial situation at Real Madrid looks to have put a dampener on the celebrations.

Zinedine Zidane’s side have been in imperious form since coming back from lockdown and fully deserve their title after winning 10 games in a row.

That evaporated the two-point lead Barcelona held over them pre-lockdown, and meant a nine point swing in Los Blancos’ favour.

As great as things have been on the pitch, Florentino Perez has sounded a note of caution concerning new signings, and his general tone has also offered Arsenal plenty of hope that they may be able to strike a deal for loanee, Dani Ceballos.

“The Situation is really bad,” he said on El Transistor and cited by the Daily Mirror.

“It’s difficult to ask the players to take a pay cut to help deal with the situation and then make signings like that. That can wait. Madrid will sign the best again when the situation changes.

“This year has been the most difficult for me. We lost important income from the stadium. We had to talk to the players for them to do their bit. If they hadn’t voluntarily lowered their salaries, the company would have suffered losses.

Earlier this month, Mikel Arteta confirmed that he was in talks with the Santiago Bernabeu outfit regarding the midfielder, cited by the Daily Mirror. 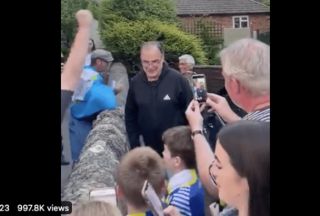 Should Ceballos even consider moving back to the Spanish capital, he will do so in the knowledge that he will likely remain a bit-part player for Zidane.

He has been instrumental for the north Londoners, and that should be enough to convince him that he remains a first choice for the Gunners.

The post ‘The situation is really bad’ – Arsenal Handed Huge boost in their efforts to keep Dani Ceballos appeared first on CaughtOffside.