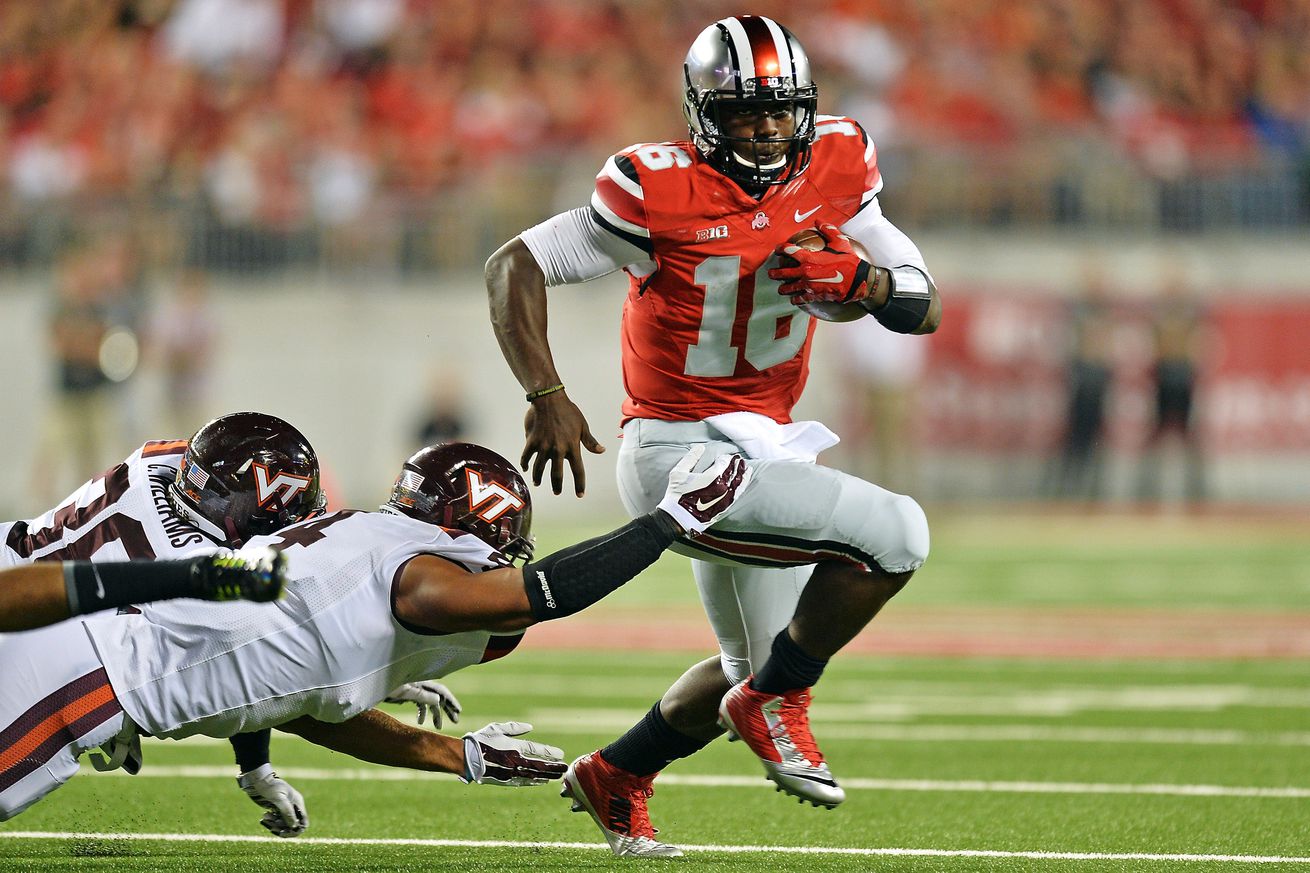 Whether other Big Ten fans want to admit it or not, the league's respect is based primarily on the accomplishments of Ohio State.  The only other Big Ten school to even play for a national championship in this century is Nebraska, and the Huskers weren't even in the Big Ten at that time.  And when Ohio State lost two straight BCS title games in 2006 and 2007, the Big Ten was derided as the "Big MAC" by the rest of the college football world.  What changed as of late?  It was when Urban Meyer went from embarrassing the Big Ten (at Florida) to knocking the SEC off their pedestal after the 2014 season at Ohio State.  Sure, other schools (such as Michigan State) have restored some prestige to the Big Ten, but just like Alabama makes the SEC look really, really good, Ohio State is what's driven the Big Ten's national image in this century.

Going 50-4 the last four years since Urban decided to become a Buckeye has made Ohio State part of the national conversation in football. And while the shine from that 2014 national championship still glows in the trophy room, most of the players from that squad have moved on.  In fact, Ohio State only returns six starters (three on each side of the ball) from last year's squad. But much like Nebraska did in the 90's, the Buckeyes don't rebuild, they reload.   And unlike Nebraska's powerhouse teams of the past, Meyer's Ohio State rosters are stocked full of very highly touted blue chippers, no matter what evaluator you subscribe to.

One of those returning starters is junior quarterback J.T. Barrett (6'2" 225 lbs.), who won't have to worry about a quarterback controversy now that Cardale Jones is gone.  As a Freshman, Barrett completed 65% of his passes for 34 touchdowns and 2,834 yards with 10 interceptions.  He finished fifth in the Heisman balloting in 2014, but splitting time with Jones last season, his numbers dropped to 63% passing for just 11 touchdowns and 992 yards. He's still a threat with his legs, rushing for 682 yards and 11 touchdowns in 2015. He'll be backed up by redshirt freshman Joe Burrow (6'3" 208 lbs.), who's father Jimmy and brothers Jamie and Dan all played for Nebraska.

Now that Ezekiel Elliott is a Dallas Cowboy and Bri'onte Dunn was dismissed for violating team rules in July, Ohio State is starting over from scratch at running back, as nobody who played last year returns. The likely starter should be redshirt freshman Mike Weber (5'10" 215 lbs.) who looked pretty impressive in preseason practice before injuring his knee and missing the entire season. He's in the mold of Carlos Hyde as a big back...and so is incoming freshman Antonio Williams (5'11" 215 lbs.).

A similar situation exists at receiver where only junior H-back Curtis Samuel (5'11" 200 lbs.) and senior H-back Dontre Wilson (5'10" 195 lbs.) are the only players returning with multiple catches last season. Senior wide receiver Corey Smith (6'1" 195 lbs.) caught five passes in 2014, but missed all of 2015 with a leg injury.  Likewise, sophomore wide receiver Noah Brown (6'2" 222 lbs.) caught one pass in 2014, then missed all of 2015 with a broken leg.  After that, it's a bunch of newcomers.  With nine four-star wide receivers on this year's roster, you have to assume that the Buckeyes will find someone who can make a catch or two this season.

If you have been doing the math, that means there are two returning starters on the offensive line, and both are pretty good.  Senior center Pat Elflein (6'3" 300 lbs.) was a first team all Big Ten honoree at right guard in 2014 and a second-team all-American at right guard last season. To accommodate Elflein's move to center, junior Billy Price (6'4" 315 lbs.) slides over to right guard after starting every game his first two seasons, earning second team all-Big Ten honors last season.  Plenty of blue chippers await in the background to fill in the rest of the lineup, so again, you have to figure Ohio State will find someone to give them a competent offensive line.

Normally in these previews, I always look at last season to set a baseline, but with Ohio State, it's really tough to do with only three returning starters. On the defensive line, Ohio State did give us a bit of a preview in the Fiesta Bowl.  Due to injuries and suspensions, the Buckeyes had to play the new guys - and play well they did. Junior defensive end Tyquan Lewis (6'4" 260 lbs.) is the lone returning starter; he had 54 tackles last season with 14 of them for a loss. He was limited last season due to a shoulder injury that required surgery in January. On the other side, sophomore Sam Hubbard (6'5" 265 lbs.) will replace Joey Bosa, the all-American now playing for the Chargers; Hubbard had 28 tackles with 8 for a loss as a freshman reserve.

In the secondary, only junior cornerback Gareon Conley (6'0" 195 lbs.) returns as a starter; Conley started all 13 games last season with 49 tackles and two interceptions.  At the other cornerback position, Ohio State will likely be turning to one of two sophomores with limited experience last season: either Denzel Ward (5'11" 180 lbs.) or Marshon Lattimore (6'0" 191 lbs.).  It's much the same at safety, where it looks like sophomore Malik Hooker (6'2" 205 lbs.) will be one starter after playing 179 snaps last season as a freshman backup.  At the other side, it could be either Erick Smith (6'0" 202 lbs.) or Cam Burrows (6'0" 208 lbs.), both of whom are on the mend from season ending surgeries in 2015.

At just about every other program (not named Alabama), this level of inexperience would seem to be a warning sign of a rather mediocre rebuilding season. But this is Urban Meyer's Ohio State program, a program that's stocked full of blue-chippers.  Could Ohio State struggle to go 6-6? Absolutely.  But could they go 11-1 or 12-0? Absolutely. And understanding Meyer's track record, I'd suggest that the latter is more likely than the former.