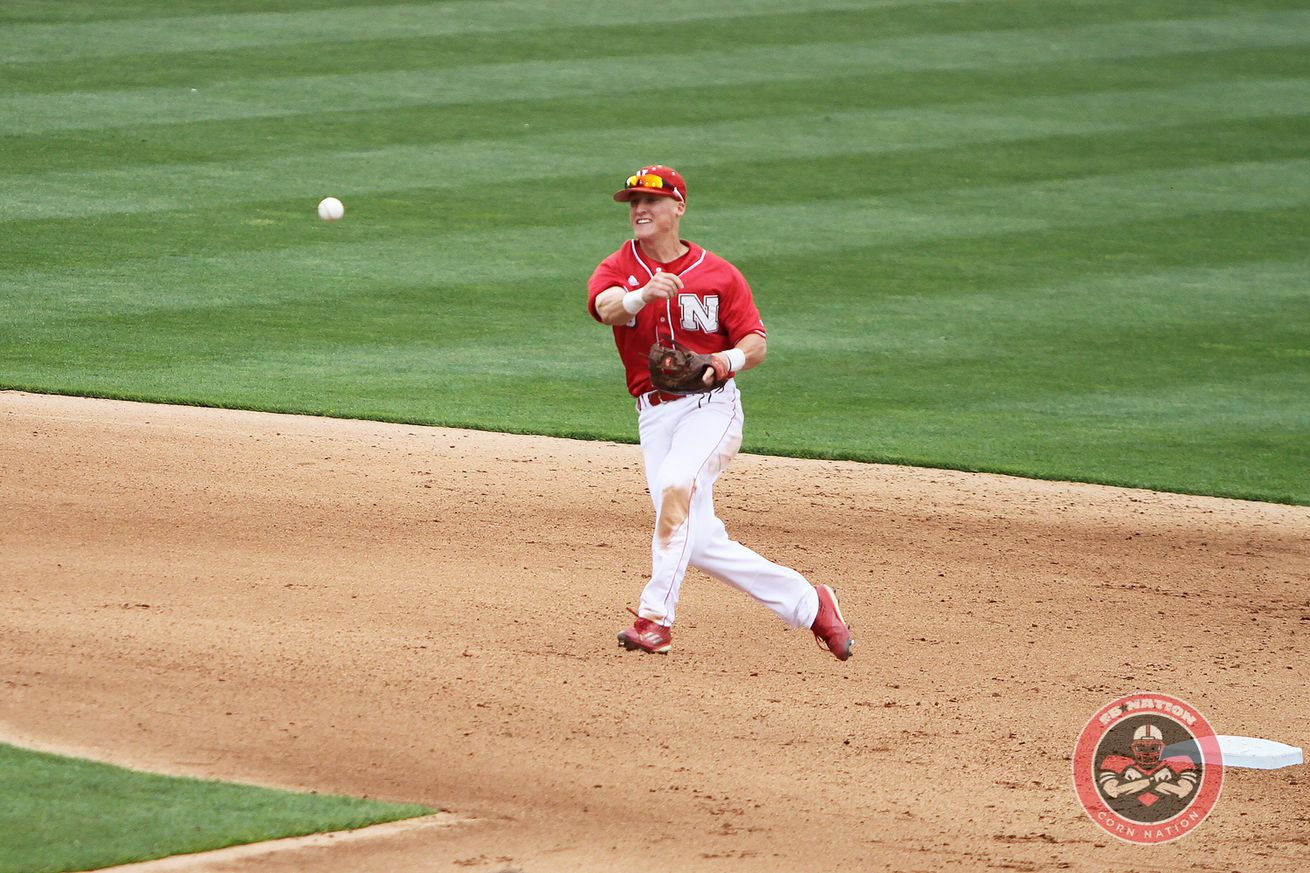 After coming close yesterday, the Nebraska Baseball team got over the hill and defeated the 20th ranked Tulane Green Wave by a final score of 10-5. Nebraska would fall behind early but the offense would find its groove by hitting three home runs to help the Huskers end their four game skid.

Nebraska would take an early lead in the first Inning thanks to Jake Placzek and Ben Miller. After Placzek singled Miller would plug the gap in left center scoring Placzek from first. Nebraska would miss another opportunity after swinging away on two 3-0 counts.

After Zack Engelken shut down the Green Wave in the first, he would run into trouble in the second. Engelken could not find the strikezone with his curveball walking three Green Wave batters. Stephen Alemais would clear the bases with a three run double. Engelken would then be relieved by Matt Waldron who would get the last out of the inning.

Nebraska would retake the lead in the fourth inning. After a Ryan Boldt walk, Placzek would double to left to put two runners in scoring position for Miller. Miller would get a sacrifice fly to bring the Huskers within one. Scott Schreiber would tie the game with a base knock to right. Jake Meyers would finish the scoring in the inning by hitting a line drive to center that would go for an inside the park home run pushing the Husker lead to 5-3.

The fourth inning would see more fireworks as the Huskers added a tally thanks to two hits and a walk. Tulane Head Coach David Pearce was ejected for arguing with the umpiring crew.

Nebraska would put on an impressive show in the fifth inning. Scott Schreiber went opposite field off the netting protecting the dorms in right field for his fourth career home run and first of this season. Schleppenbach would add another run when he doubled scoring Elijay Dilday who had walked.

After Placzek hit a majestic home run to left in the top of the sixth, Matt Waldron would give up a sun aided double and a home run to pull the Green Wave within 9-5.

Nebraska would add a single tally in the seventh after loading the bases. Waldron would continue to work into the eighth but ran into trouble. Back to back singles would bring in Jeff Chestnut. Chestnut would bounce back after a rough appearance yesterday striking out Shea Pierce.

Taylor Fish would add another run in the ninth, touring around the bases thanks to being hit, a wild pitch, a sacrifice, and finally scoring on an error. Max Knutson would get the ninth inning, striking out the side while working around a pair of walks and a single.

With the win the Huskers improve to 2-4 while Tulane falls to 4-3. Nebraska will be back in action on Friday as they return to California to face the Long Beach State Dirtbags. First pitch is scheduled for 8:00 p.m. CT.