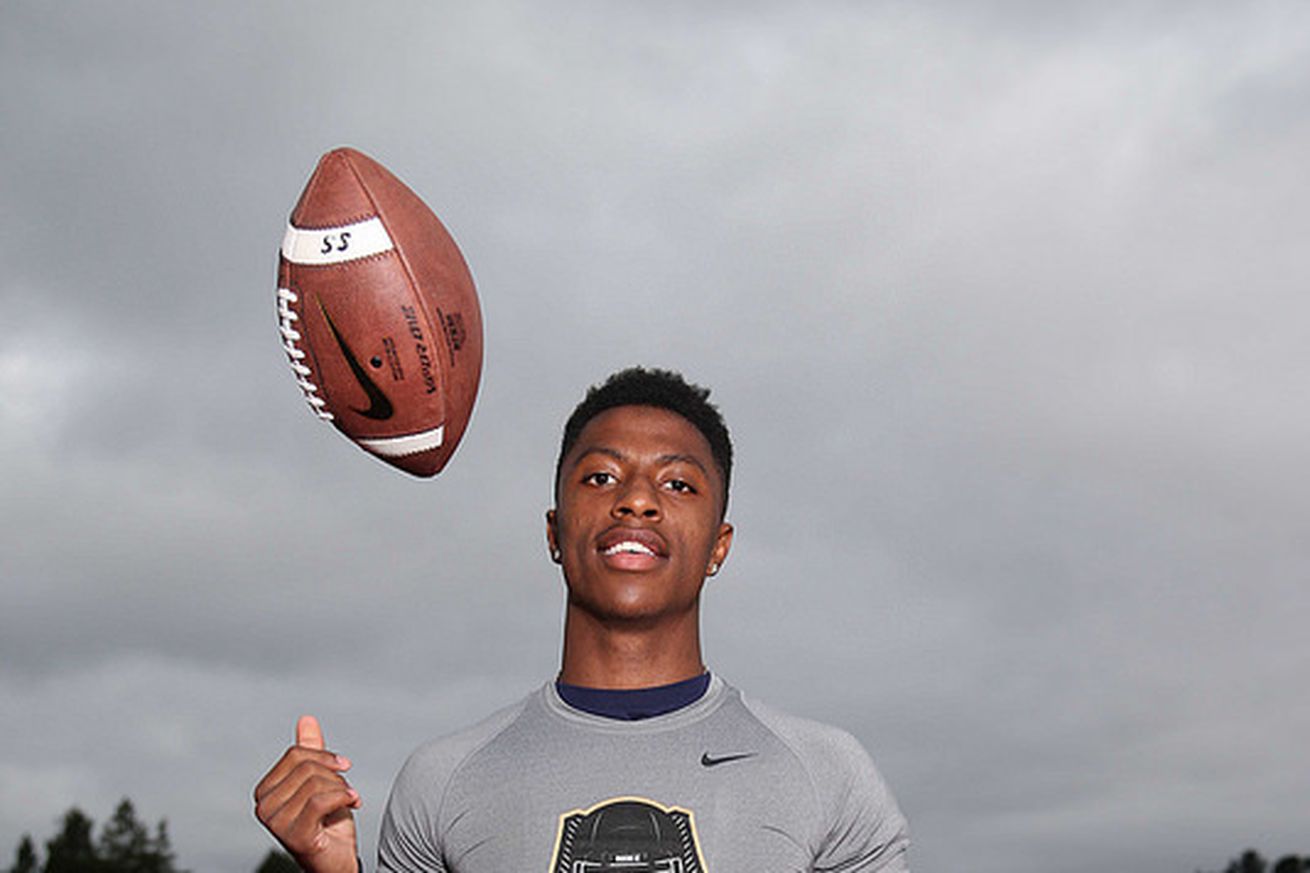 In the midst of all the hoopla of how Nebraska was going to finish their class, there was one solid that most folks had up to the Army All-American game. But, Jamire Calvin picked Oregon State and we all thought it was over.

Pasadena, California Wide Receiver Jamire Calvin just announced that he has committed to the Nebraska Cornhuskers, flipping from his Army AA verbal to the Beavers.

Jamire Calvin could do some serious damage in the open field for for the Nebraska Huskers if he picks The Big Red.

Calvin, a consensus 4-star Wideout across all the major platforms, picked the Huskers over Notre Dame, Oregon State, Washington and Oregon, among other schools.

Calvin is the 42th best WR in the 2017 recruiting cycle and the 33th best player in the state of California, according to the 247 composite. 247Sports themselves had him in their Top247 up to recently, while Rivals has him ranked inside their top 200 players of this cycle.

Calvin had a great year for Cathedral HS in Pasadena, snagging 86 passes for 1312 yards and 14 TD’s this season. He did do punt returning for Cathedral in his Junior season, but was mostly playing WR this season.

You’re not going to say that Calvin is tall, as he’s all of 5’11 and 170 pounds this season. However, you can see that he’s fast, and he’s a guy that can still be polished when he arrives in Lincoln. There’s no doubt that Calvin can be a starter from day 1 in Lincoln with how many spots are open in the 2 deep right this second.

Keith Williams was the main man in the recruitment of Jamire, while the hiring of Donte Williams helped the cause and got the verbal of Calvin in the end. This crew, like the Tyjon Lindsey verbal, never stopped and got their man in the end.

Jamire Calvin’s verbal makes him the fourth best prospect in this class. He is ranked tight with Keyshawn Jr and Jaevon McQuitty, while Tyjon is the leader of the group up top.

Moncler, Coach and Calvin Klein: the brands that went co-ed in 2017