‘Everything is slowing down’ for Jaguars cornerback Tre Herndon 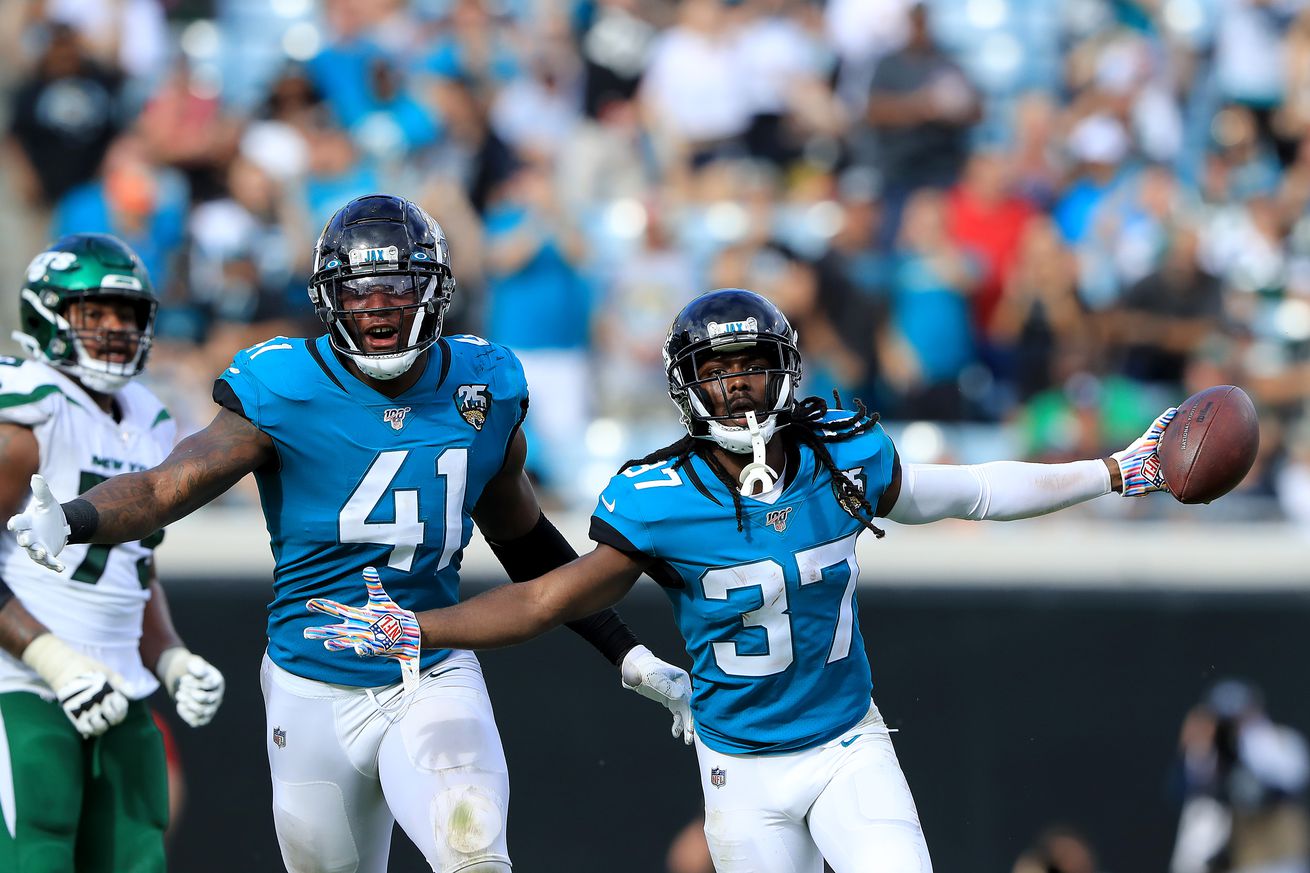 Tre Herndon is embracing his role on the team, a starting cornerback after the exodus of Jalen Ramsey, A.J. Bouye.

A second-year defensive back out of Vanderbilt, Herndon immediately stepped in and took over what would become a rebuilding secondary for the remainder of the season. Herndon has since become one of the team’s starting defensive backs entering the 2020 season, and looks to continue his success on the gridiron moving forward.

Speaking to the local media via a video conference call today, Herndon said the experience of playing in so many games as a starter allowed him to grow as a player, something more important than simply practicing.

“Getting those game reps, those live game reps, those crunch time game scenarios that you put in, I feel like that is where I’m starting to excel as a player,” said Herndon, “just getting comfortable on the field and getting used to the game speed. Everything is slowing down for me.”

Tre Herndon brings in his first career pick of the season.#DUUUVAL pic.twitter.com/rxBUkWPiw5

Following the Super Bowl, Herndon got to work. Ready to take on the challenge of becoming a permanent starter, he Began Film Study, learning what he has to correct moving forward. Safeties Ronnie Harrison and Jarrod Wilson have also began film study for the upcoming season as well, Herndon said.

“I had some notes written down when the season ended, but just as far as getting back in the film room and looking at the games I played this season. There were small things – from technique wise to knowing what everybody is doing around me. There are small things that will help me better my game going on to my third year.”

The third-year cornerback has been training during the offseason “every other day” with former Jaguars cornerback A.J. Bouye. Bouye was recently traded from the team to the Denver Broncos, a shift in the dynamic of the team’s defensive back room from only a year ago.

“He’s always been a motivation for me,” Herndon said of Bouye who, like Herndon, went undrafted following his last year in college. The two grew a close bond in the locker room, and have continued that bond outside of it.

Due to the ongoing stay-at-home order, many, if not all, gyms across the nation have shut down, forcing athletes to take their business elsewhere when trying to train for the upcoming season. For Herndon, he has began going to parks to get his workouts in, and has been sent some equipment from the Jaguars’ training staff to continue to stay in shape.

“It’s back like the old days when you are a kid and going to the playground on the monkey bars doing pullups, pushups on the benches and abs.”

Typically players are given a variety of machines to workout with as a substitute to typical body-weight and resistance exercises. Now Herndon has been forced to go back to the basics, able to get a little more creative with resistance bands and other tools for exercise.

Now entering his third season with the Jaguars, Herndon is entrenched into the team’s starting cornerback position, poised for a big-time season.

‘Everything is slowing down’ for Jaguars cornerback Tre Herndon