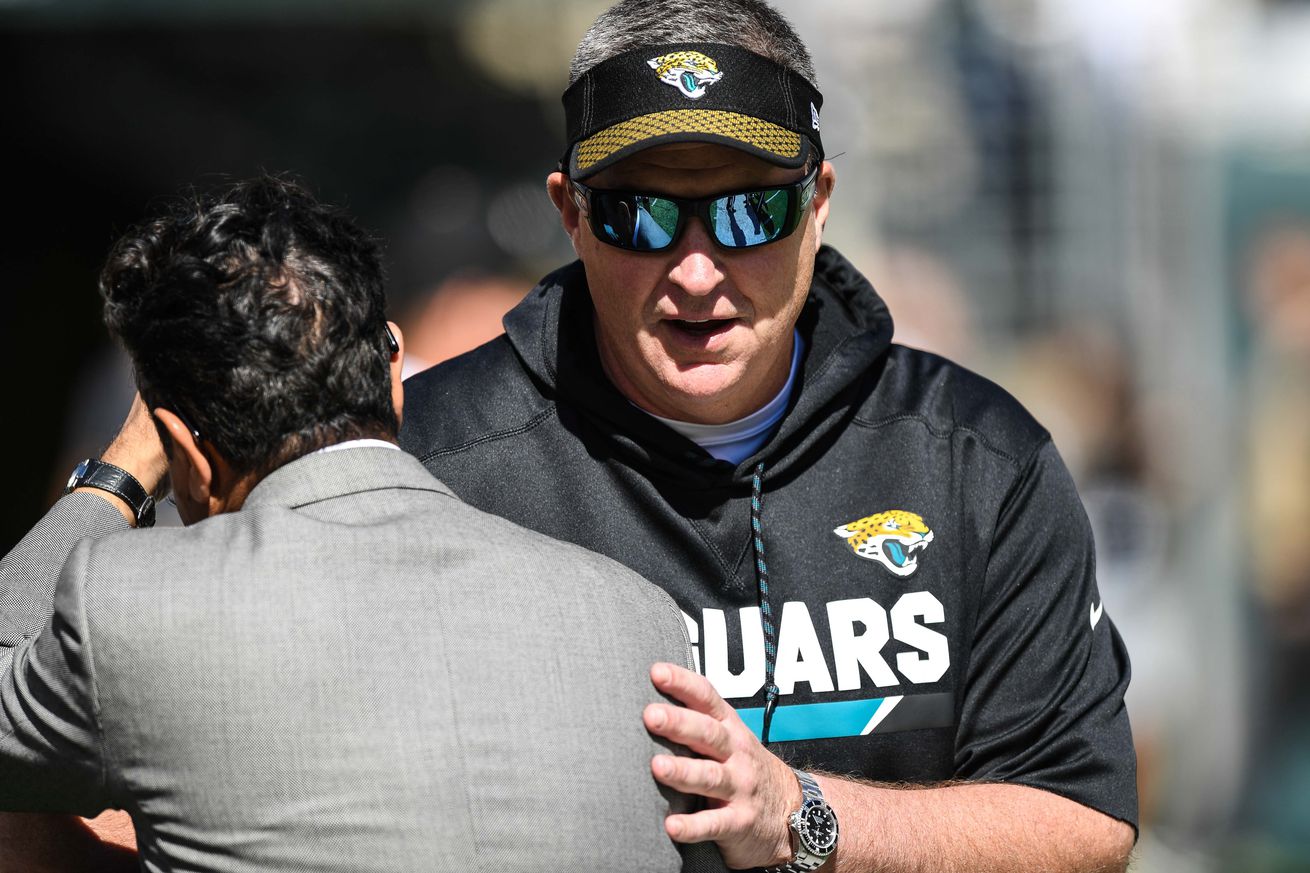 Over the weekend, the Jaguars sent multiple disputes regarding a report made by ESPN suggesting head Coach Doug Marrone was to be fired following the team’s week 17 matchup against the Indianapolis Colts. This report turned out to be false as Marrone currently remains in his role as head coach as of Monday.

Success minus failures equal me
Why B.B.’s is the King of BBQ in Kans…
Help For The Inner Journey
An end to Bitcoin? Google Pay “smart …
How to Become a Successful Affiliate …

In the refutes, Jim Woodcock — owner Shad Khan’s spokesperson —, suggested the both Shad Khan and Tony Khan would meet with Marrone and the rest of the coaching staff “midweek” this week. Now, a report has surfaced from ESPN’s Adam Schefter which indicated both the Khan family and Marrone would meet on Tuesday (tomorrow) at some point.

Yesterday, during his post-game press conference Marrone gave some clues as to what this meeting could entail, while also saying that both Tony and Shad Khan want to win, and whatever they decide will be only about that.

“The one thing, and I’ll say it again, Shad and Tony want a great football team here. There’s no doubt in my mind, and they are two great owners,” Marrone said on Sunday.

“It’s just a matter of, does it make sense? Is it right? Obviously, I’m not going to communicate that here. That’s for a private conversation. This is the way I feel. This is what we have to do. This is what I need. And express those opinions and if it is the right direction, then I’m the right person for the job, and if it isn’t, then I’m not. That’s the case no matter what. That’s the case in coaching wherever.”

Whatever is right for the Jaguars ownership and what is right in the eyes of Marrone could be different — something that could change the direction decided by the team. If a decision gets to a point where the two sides must go separate ways, there’s a chance the Jaguars will want to move on from Marrone to find a head coach who will go in their direction.

After yet another disappointing season, the Jaguars (6-10) must make a decision quickly as to whether or not both general manager Dave Caldwell and Marrone will remain with the team moving forward. Getting a head start on a coaching search — and especially a GM search —, is important.