UFC president, Dana White, resides in the gambling capital of the world, Las Vegas, and he knows when you've got luck on your side, roll with it. 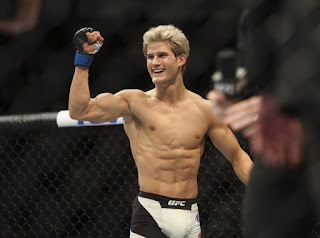 What Marathon Running and Successful …
Is the Rivalry between SWIFT and Ripp…
How To Stay Focused And Motivated In …
Three Facts about God’s Plan for Your…
6 Health-Boosting Superfoods You Shou…
White has definitely had luck on his side over the past few months.

Weeks ago, White was part of the sale of the UFC from the hands of the Ferttita Brothers and Zuffa to WME-IMG for approximately $4 billion dollars. The Ferttita Brothers, friends of Dana White who were made aware of the fight organization by White, purchased the UFC for a measly $2 million dollars in 2001. White retained a minority share in the company.

In the current deal, White is expected to make $360 million over the next five years. While that may seem like a lot, White has been largely responsible as the face of the organization in creating massive value for the organization's owners and fighters. Despite a sometimes unpleasant, brash demeanor, White has been a big reason for the UFC's success and its recent, unprecedented price tag.

So, logically White will get down to business and focus all of his time and energy on the UFC with his new owners, right? Wrong.

White recently began his own reality show, Dana White's Lookin for a Fight, which has been picked up by the world's largest streaming service, Netflix.

The news of Netflix picking up the reality show was first reported by Bangor Daily News.

Lookin for a Fight follows White, former UFC welterweight champ, Matt Serra and UFC veteran, Din Thomas, as they travel across the country in search of the next young mixed martial art talent. Naturally, as the reality show formula goes, besides attending local MMA events, the show's personalities challenge each other and get into adventures - and misadventures.

Previously, the show had been aired on Google's video service, YouTube, as well as the UFC's own streaming service and media library, Fight Pass.

With the Netflix deal, Lookin for a Fight has teamed up with a service that reaches more than 87 million subscribers in the world and more than 47 million subscribers in the United States alone (as of July 2016). Netflix is a publicly traded company with assets of over $10 billion. The company employees over 3,500 people and is majority owned by one of the company's founders, Reed Hastings.

As far as details of the deal are concerned, according to White, "They bought 16 episodes, eight in this country and eight out of the country. We're going to be doing shows in Russia, Thailand and the United Kingdom and a bunch of other countries. We're literally going to go everywhere."

The idea of initial funding for the show came from White himself.

"I came up with the concept for it, put the cast together and then we went out and just funded it ourselves to put up on YouTube."

Don't think the reality show is just to promote White and his friends. In fact, in its short history Lookin for a Fight  has signed four fighters to the UFC including the popular Sage Northcutt and Mickey Gall, the latter who will clash against former WWE professional wrestler, CM Punk, in Punk's promotional debut. The matchup will take place in September at UFC 203.