A way early look at the Broncos 2017 NFL Draft needs 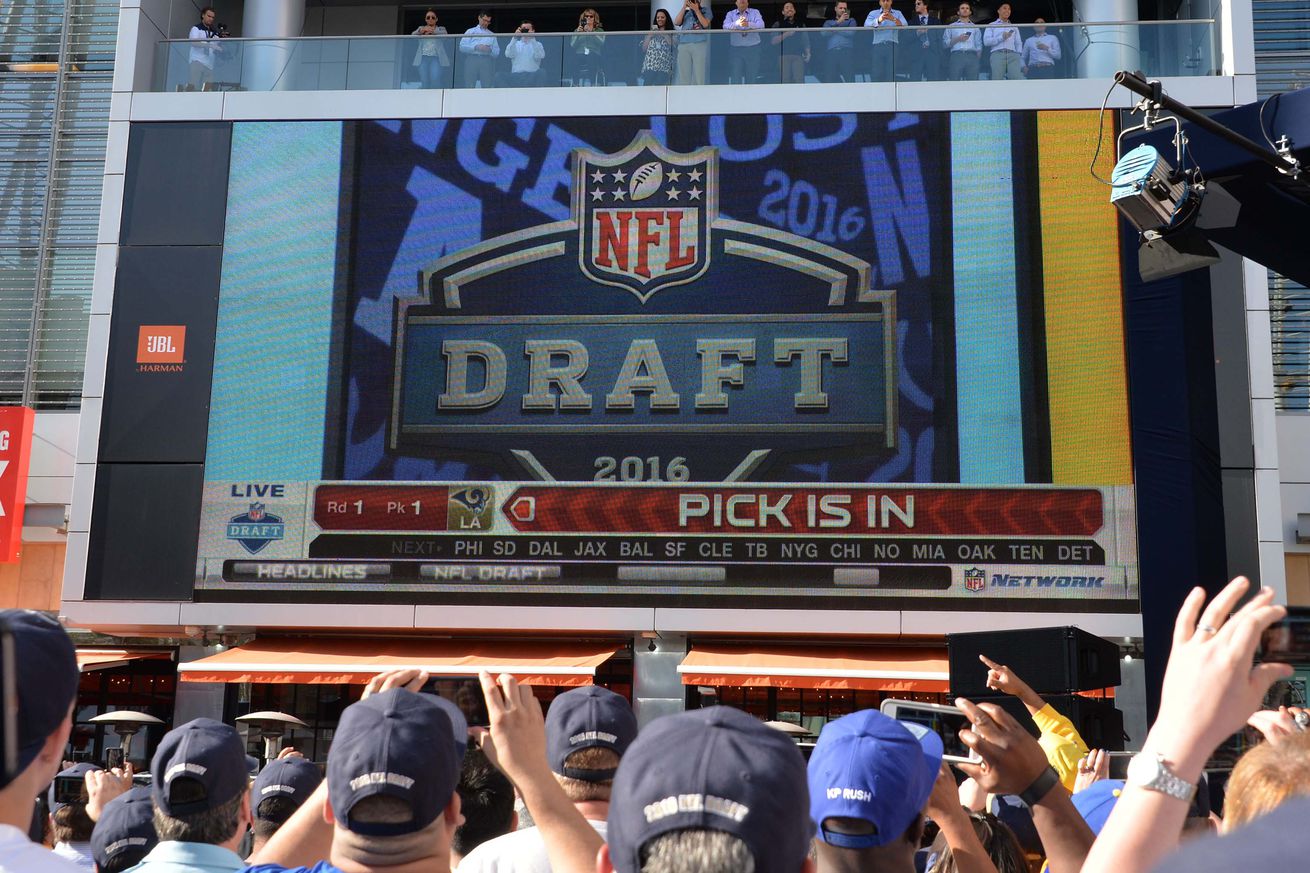 The defending Super Bowl champion Denver Broncos have a strong roster for 2016, but several positions will need to be upgraded in 2017 in order for them to be competitive.

When you are the defending Super Bowl champions, there isn't too much to be concerned about.

Hoisting the Lombardi Trophy is every teams' desire at the beginning of each season, but realistically, few teams have a legitimate shot at reaching such lofty aspirations.

Free NBA Predictions - Expert Basketb…
7 Reasons To Invest In a Mobile Finan…
How To Publish An App To The Google P…
Karen S. Wiesner: Fiction Fundamental…
Fat Is Sexy

Fortunately, the Denver Broncos are one of those teams.  Unquestionably, we are a blessed fan base who has the privilege of cheering for one of the paramount franchises in all of sports.

Vice President of Football Operations and General Manager John Elway has done a masterful job of crafting the roster into a formidable team that can compete year in and year out for the NFL's most desirable prize.  His ability to lure top-tier free agents to the Mile High City are exceptional, and he has proven his worth as a talent evaluator by drafting a handful of significant contributors.

Even though the Broncos are on top of the highest mountain looking down at the rest of the NFL, there is no question that there is always room for improvement.  You can bet your bottom dollar that Elway and the rest of the Broncos brass will work diligently this season in preparation for the 2017 Nfl Draft by scouting every corner of the country in order to formulate the best draft board possible that includes Prospects who meet the teams' short-term and long-term needs.

But what are those needs and which positions could the Broncos be focusing on improving in the future? Listed below are my top five needs for the Broncos heading into next years' draft.

When the Broncos declined to exercise their fifth-year option on veteran defensive tackle Sylvester Williams, it indicated the team may be willing to move on from the Tar Heel product if he fails to perform at a high level in 2016.  The team brought in Phil Taylor as a reclamation project on a one-year deal and has second-year player Darius Kilgo on the roster, but outside of them, there is nothing to write home about at the nose tackle position.

It's possible that the Broncos could bring in a plug-in-play free agent at the position, but it seems more cost-effective for them to roll the dice in the draft and take a chance at one of the top prospects at the position.

The Broncos are hopeful that 2015 third-round selection Jeff Heuerman will be healthy and contribute in a big fashion in 2016. They also have Virgil Green and Garrett Graham on the roster, but neither of them have been dynamic performers or vertical threats at the position so far in their NFL careers.  Undrafted rookie free agent Henry Krieger-Coble has a lot of impressive attributes, but it would be unreasonable to bank on him as a long-term option capable of being a game changer at the NFL.

A tight end is often a young quarterback's best friend and with the Broncos selecting their man of the future in Paxton Lynch in the first-round of the 2016 NFL Draft, it would be wise to get him a running mate who can act as as safety valve for the former Memphis signal caller.

Denver is fortunate that this year's talent at the tight end position is tremendous, with a handful of prospects available who should be selected within the first several rounds.  If there was any year to use a high draft selection on a tight end, the 2017 NFL Draft would most certainly be it.

The ultimate roster wildcard for next season is free agent acquisition Russell Okung.  He signed a five-year deal with the Broncos this offseason, but it essentially is a one-year deal between the two parties if Okung fails to live up to expectations and continues to be plagued by nagging injuries that have hampered him throughout his career.

Denver is hopeful that he will blossom with the squad and will certainly pick up the additional four-year, $48 million dollar option that will give them a franchise left tackle at an affordable rate.  But if he doesn't perform, finding a young prospect capable of protecting the blindside for quarterback Paxton Lynch will become a top draft priority for Denver.

If the Broncos are unable to re-sign Emmanuel Sanders, wide receiver catapults into one of the teams' top draft needs for 2017. One must also factor in that Cody Latimer has failed to impress after being drafted early several years ago and that many of the Broncos' back-ups are on short-term deals.  This coming draft has a lot of solid talent at the position, whether it is from senior prospects or underclassmen who will be looking to make a splash in the NFL.

Brandon Marshall was re-signed and locked up long-term, but who will replace Danny Trevathan?  The Broncos are banking on Todd Davis, Zaire Anderson and Corey Nelson to fill those shoes, but if they fail to impress the team will most certainly need to address the position in the upcoming draft.

It doesn't necessarily need to be a top-tier selection, but finding a prospect who has the ability to play three-downs will be essential for the team moving forward.  There isn't a strong crop of seniors at the position, but an influx of junior prospects will make the inside linebacker class for 2017 quite impressive.

What do you think will be the Broncos' biggest draft need in 2017? Sound off in the comments section!

A way early look at the Broncos 2017 NFL Draft needs