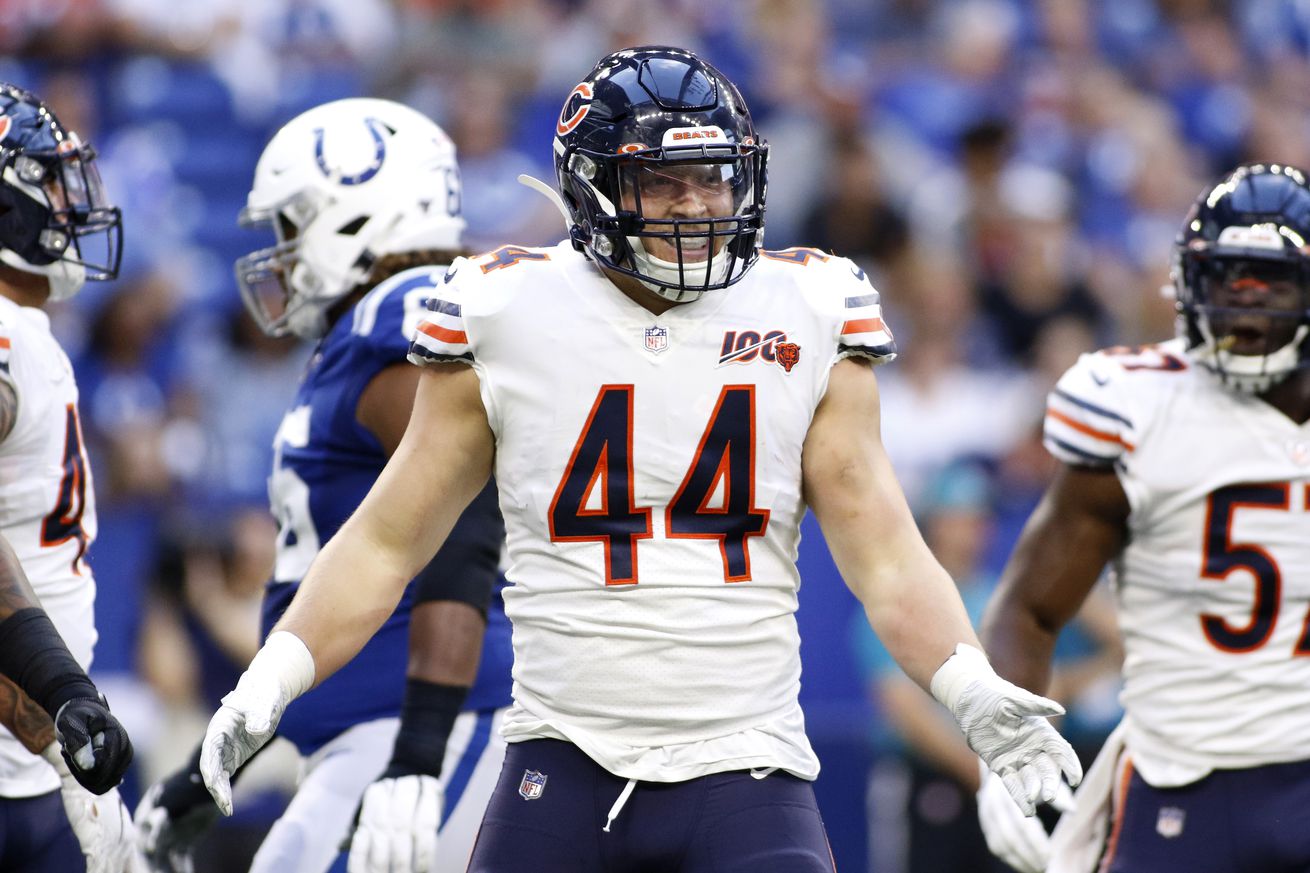 Could the former Fangio draftee make sense for the Broncos in 2020?

The Chicago Bears selected West Virginia inside linebacker Nick Kwiatkoski in the fourth-round of the 2016 NFL Draft. As you know, the Defensive Coordinator for that Bears defense and someone who may have had some input on this selection is current Denver Broncos Head Coach Vic Fangio. Now, with Kwiatkoski entering free agency, could we see a reunion between he and Fangio this offseason?

The Broncos have to decide whether or not to exercise linebacker Todd Davis’s option. If they decide against it, a player like Kwiatkoski could be high on the Broncos wish list during free agency. Obviously, if they decide to pick it up, the Broncos will continue with Davis and not be in the market for an inside linebacker.

Nick Kwiatkoski played four seasons at West Virginia and was a consistent contributor during his time there. During his four-year career at West Virginia, he totaled 295 tackles, 28.5 tackles for a loss, 6 sacks, 6 interceptions and 3 forced fumbles. This showing helped him become a fourth round selection in the 2016 NFL Draft by the Chicago Bears.

He has played all four seasons of his NFL career with the Chicago Bears and has become a solid reserve player who stepped up and became a solid starter for the Bears defense this past season. During his four-year career with the Bears, Kwiatkoski totaled 184 tackles, 6 sacks, 8 pass deflections, 1 interception and 4 forced fumbles. This past season for the Bears, he started 8 games after Danny Trevathan suffered an ugly season-ending injury. He totaled 76 tackles, 3 sacks, 1 safety, 4 pass deflections, and 1 forced fumble.

This performance earned Kwiatkoski a 72.6 overall grade by Pro Football Focus. This had him ranked as the 15th best off the ball linebacker in the NFL according to their rankings.

Why It Makes Sense

The Broncos have an option on Todd Davis’s contract. He has been a solid contributor for the teams defense the past few seasons where he led the team in tackles. However, could Fangio see better fits elsewhere and decide not to pick up his option? It is certainly possible and if they do, Kwiatkoski could be high on their wish-list this offseason.

I say this because he is a former draft pick of the Broncos current Head Coach Vic Fangio. In fact, the Bears even traded up to select Kwiatkoski so Fangio and the Bears coaching staff must have felt pretty highly of him to do that. So again, could him being on the open market persuade Fangio to dump Davis and target Kwiatkoski? That remains to be seen.

He would offer the Broncos a solid run defender who also held his own in the passing game as well. He is not the most athletic linebacker, but he has the instincts and intelligence to make the right reads and to be at the right place at the right time. Add in his prior knowledge of Fangio’s scheme and likely being hand picked by Fangio already and you have a player who makes a ton of sense for the Broncos.

Why It Doesn’t Make Sense

It’s simple. If the Broncos exercise Todd Davis’s option then a linebacker isn’t in play during free agency.

Also, Todd Davis’s contract is very affordable and he is a more proven talent that Kwiatkoski as well. So it will really come down to what Fangio thinks about both players currently and if they do decide to move on from Davis or not.

If the Broncos decide to move on from Todd Davis this offseason (which seems unlikely to me), then a player like Kwiatkoski would make a ton of sense.

He is someone Fangio already knows well and someone who already knows his system and can make a smooth transition. His run defense is pretty solid and he added in some solid coverage ability as well. So there can be an argument made that he might be the better all-around player than Davis if someone wants to make it.

Ultimately, I think Davis stays, but if I’m wrong, Nick Kwiatkoski makes a ton of sense.