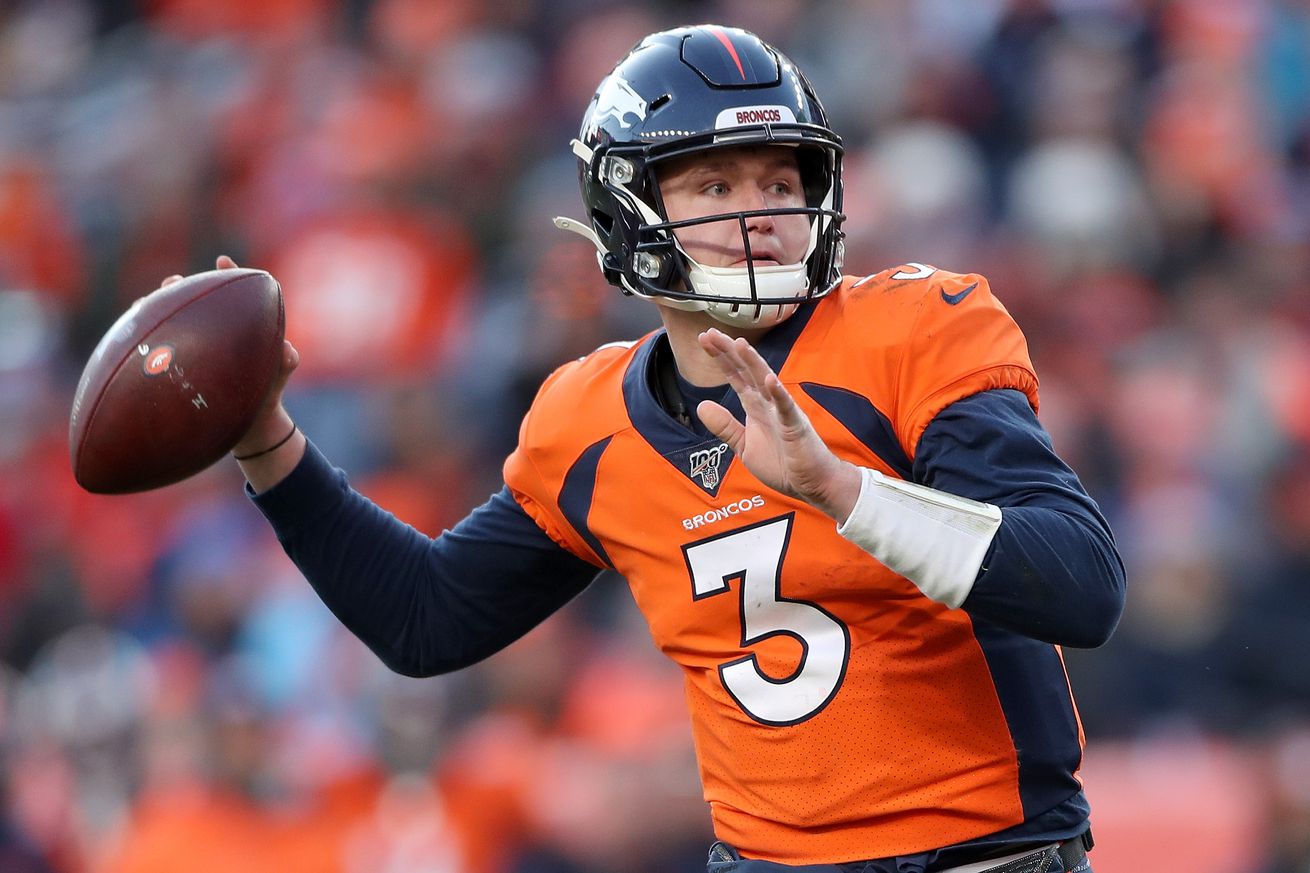 The Broncos’ win over the Raiders was a fitting end to Drewcember in Broncos Country.

In 2019 the Denver Broncos were two completely different teams. By the end of the season, they were Drew Lock’s Broncos, and they capped off Drewcember with a win over the Oakland Raiders. It was an ugly affair, with a wild end, but the outcome is just a small part of the whole picture.

Markets gaping down a bit, USMCA, Gun…
Nintendo Switch Exclusive Travis Stri…
Prayer
Once Upon a Retelling: Sweet Black Wa…
Your Complete Guide on How to Play Fa…

As I mentioned to Ian St. Clair on the MHR Radio Podcast, Lock showed poise under pressure, capitalizing on a Raiders turnover at the end of the first half. Scoring to end the half was a turning point in the game, and a sign of what Lock can do as the Broncos QB of the future.

On the drive following Trey Marshall’s forced fumble, recovery, and return, Lock orchestrated a quick drive from the Raiders 41 yard line. He started the drive with a 12 yard scramble. He was smart with the football, taking what the defense gave him. On 3rd and 6 DaeSean Hamilton lined up in the backfield, and as he came out of his break, Lock hit him for a drive extending quick strike. The following play was a pass interference on a pass to Courtland Sutton in the end zone. With the ball on the one yard line, Lock hit Andrew Beck for the Touchdown.

The ball certainly bounced the Broncos’ way in the first half, but they capitalized on good fortune, and carried a 10-3 lead into halftime.

The Broncos defense played a shaky first half, but refused to break. They allowed the Raiders to move the ball, giving up huge yardage. Still, they continued to battle, holding Oakland out of the end zone. The biggest moment on defense was on the Raiders second drive of the second quarter.

After a couple of big chunk plays, the Raiders thought they had a touchdown, when Hunter Renfrow caught a short pass on the goal line. The replay reversed the TD, and forced a fourth down from inside the one yard line. Fullback Alec Ingold took the handoff and was met by the Broncos defensive line, stuffed short of the touchdown.

It was the Broncos first goal line stand since the 2017 season. Preventing Oakland from scoring a touchdown in that situation shifted momentum. The Raiders had no trouble moving the ball throughout the game, but finishing drives was almost impossible.

It wasn’t until the last drive of the game that the Broncos finally allowed the Raiders to score a touchdown. It was during a frenzied finish that saw Garett Bolles commit a personal foul penalty that pushed Brandon McManus’s field goal try back to a 57-yarder. Vic Fangio still elected to kick, and when McManus missed, the Raiders were give a short field to try and score.

Derek Carr led the Raiders on a 53-yard, 8-play drive that culminated in a Hunter Renfrow touchdown. On the 2-point attempt it was Shelby Harris who stepped up, batting down Carr’s pass at the line of scrimmage, putting an end to the Raider comeback.

The Broncos finished the regular season 7-9, but they finished Drewcember 4-1. They also ended the Oakland Raiders era on a loss, which is exactly as it should be.

Once Upon a Retelling: Sweet Black Waves by Kristina Pérez

Your Complete Guide on How to Play Fantasy Football

The Most Bizarre Rock & Roll Albums of All Time That I Actually Purchased!