Do the Broncos need more edge rushers from the early rounds of the Draft? 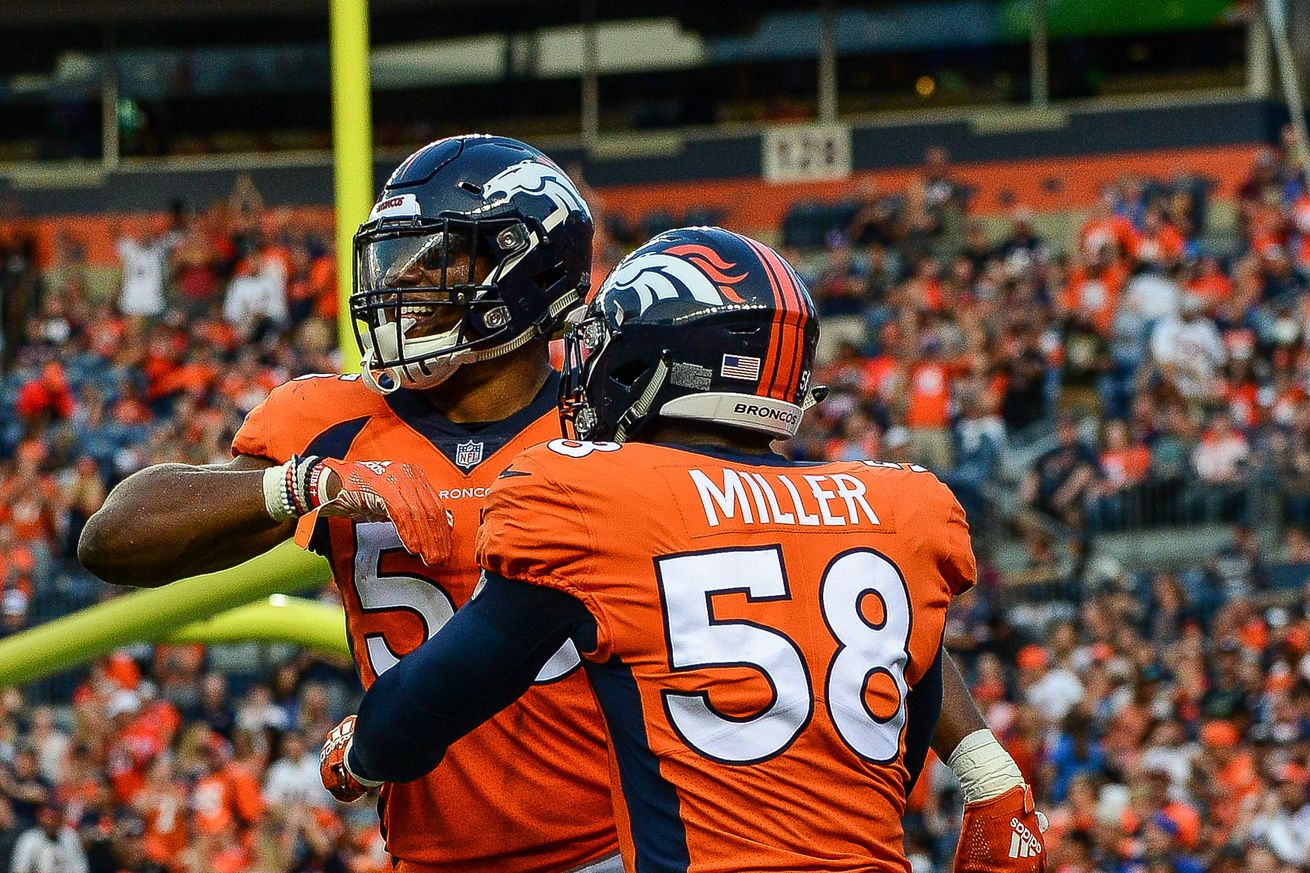 You make the case; I’ll be the judge (but actually Ryan Edwards and Andrew Mason already did - and they’re both good).

Obviously with Von Miller and Bradley Chubb combining to be one of the most feared outside rushing duos in the NFL, it would seem like a non-essential pick in the premiere rounds (one through three), but Ryan Edwards made a good case for adding top-tier Depth at a key position for the Broncos’ defense.

A New Way to Service Your Trading: Av…
Portable Oxygen Concentrator – A Boon…
Best Gaming PC Build for 1440p: Under…
Afraid or not, life still marches for…
5 Tips to Skyrocket Your Business Wit…

When should the #Broncos draft an Edge rusher?

Arguing for a Day 1 or 2 edge rusher: @redwardsradio

Who wins the argument?

Pointing to last season’s trouble when the Broncos were thin at cornerback, not being able to afford any loss of Chris Harris Jr. or Bradley Roby.

“Sure enough, Chris Harris Jr. goes down and we are scraping the bottom of the barell,” Edwards noted, adding that he is counting last year’s undrafted edge rusher Jeff Holland a lock to make the roster yet. “The thing you don’t want to do is find yourself in that position again this year, and the pocket of guys [at the position] is uber-talented.”

“The depth and talent level match up perfectly in rounds two and three. We’ve only got two rushers on the roster right now; you’ve got to add a third and have got to make it a priority.” - Ryan Edwards

Obviously not a position to pick at No. 10, Edwards could see the Broncos finding a key edge rusher in round two or three, specifically looking at guys like Jachai Polite (Florida), D’Andre Walker (Georgia), Chase Winovich (Michigan) or even Jaylon Ferguson (Louisiana Tech).

“The depth and talent level match up perfectly in rounds two and three,” he added. “We’ve only got two rushers on the roster right now; you’ve got to add a third and have got to make it a priority.”

“And where do you find depth in the draft? On day three. Quality will be there. Address other needs.” -Andrew Mason

Claiming that the draft class is deep at edge rusher, so there is plenty of talent to be had.

“And where do you find depth in the draft? On day three,” Mason argued, adding that this season, unlike in 2015 when the Broncos spent their first-round pick on a top-tier outside linebacker, a premium edge rusher is a luxury item right now.

The Broncos have bigger needs in 2019 at guard, tight end, No. 3 wide receiver and nose tackle. In 2020, the team is looking at safety, center and quarterback.

Plus - as Mase pointed out - both backup edge rushers Shaquill Barrett and Jeff Holland came from the undrafted ranks and Barrett was better than Shane “Mr. First-Round Hot Shot” Ray (Mason’s title, not mine, but I approve).

And Pro Football Focus noted that five of the top 13 players posting pressures on the QB last year in the NFL were players who came from round four or later.

Cover 1’s Russell Brown has 14 edge rushers in his Top 100 college players this year, so Mase sees plenty of talent trickling into Day Three of the NFL Draft, such as Maxx Crosby (Eastern Michigan) with 18.5 sacks over last two seasons; Ben Banogu (TCU), one of the leaders in QB pressures and “an athletic freak;” or even Oshane Ximines (Old Dominion) with 19.5 sacks over the last two years.

“Judge” Steve Atwater was swayed by the depth argument from Edwards but also liked the idea of hitting bigger needs this year. Listen in to another very entertaining segment to see which way Atwater sided.

And then sound off here on what you think.

Do the Broncos need more edge rushers from the early rounds of the Draft?