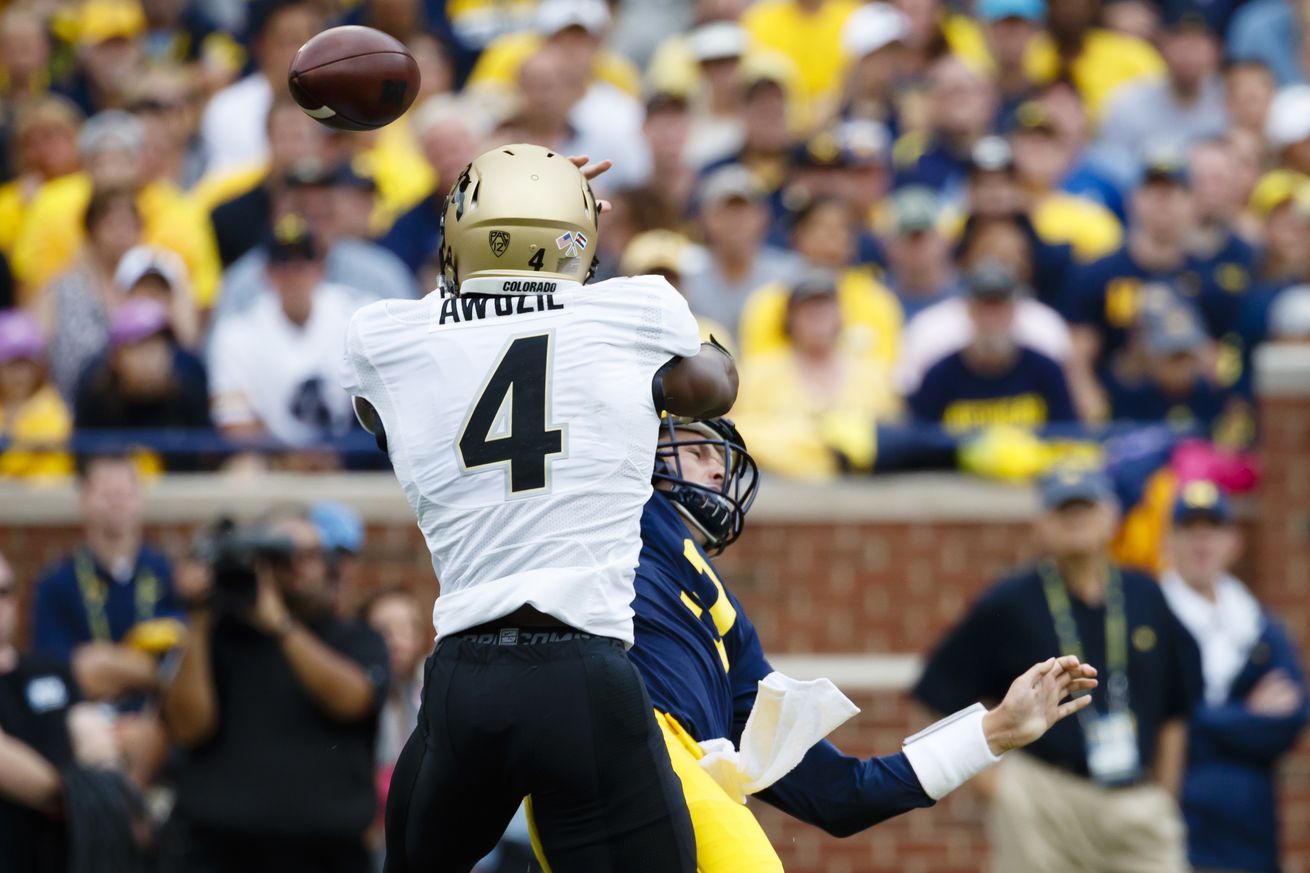 The University of Colorado defensive back would be a stellar addition to the Denver Broncos No Fly Zone.

The University of Colorado hasn't been known to produce a lot of top tier talent over the past decade, but they experienced a resurgence in 2016 and boast a handful of prospects (especially in the secondary) who will have successful NFL careers. Senior defensive back Chidobe Awuzie was one of the primary reasons for their success this past year and offers a tremendous skillset that will have teams drooling at the opportunity of drafting him in several weeks.

A three-year starter for the Buffs, Awuzie posted some eye-popping numbers in Boulder. He registered 265 tackles (25 for loss), 9 sacks, three interceptions, 25 passes defended and six forced fumbles over the course of his career. As a senior, he solidified himself as one of collegiate football's best defensive backs and earned All-PAC 12 honors and saw a significant boost in his overall draft stock with his performance at the NFL Combine and collegiate Pro Day.

I just love how Chidobe Awuzie plays the game! You want the kid on your team! @ChidobeAwuzie @RunRalphieRun #DraftTwitter #NFLDraft pic.twitter.com/l14RspmcFx

Boundary corner, slot corner or even safety — Awuzie has the ability to fill multiple holes in any team's secondary and will be a high pick in this year's draft.  The Denver Broncos No Fly Zone is easily the best secondary in the NFL, but adding Awuzie would give them another quality piece to help guard against many of the league's top aerial assaults.

Positives: Three-year starter with positional versatility and flexibility. Has a tremendous football IQ and scored a 35 on the Wonderlic. Squeaky clean personality and a team leader with no off-the-field concerns. Well-versed in a variety of coverage schemes, but excels in zone coverage when he is allowed to sit back and read the quarterback. Exerts an extreme amount of confidence on the field and plays with swagger. Offers great ability as a blitzer from the slot corner position. Great backpedal and change of direction skills. Also provides special teams ability as a gunner.

Negatives: Despite a quality 40 time at the NFL Combine, long speed is an issue. Earns the designation of "more quick than fast." Can be overaggressive and grabby down the field with speed receivers who have him beat. Registered a lot of tackles, but needs to show better technique and grit against the run.

Overall: Top 50 prospect. Awuzie has his issues, but his entire body of work and versatility will make him a high draft pick in several weeks. Teams in need of help in their secondary will covet his cover skills and ability to play multiple positions. I believe his floor is an above-average defensive back, but his ceiling is a Pro-Bowl defender who can be a game-changer for anyone's secondary.

Does Chidobe Awuzie make sense for the Broncos?

Cornerback isn't a primary need for the Denver Broncos heading into the 2017 NFL Draft, but I wouldn't be surprised if they select a prospect in a deep class sometime on the second day.

The team appears set with Chris Harris Jr. and Aqib Talib as their starters, but some wonder if the Broncos will be willing to pay Talib top money at the position as he continues to get older.  Furthermore, they will have a big decision to make regarding fourth-year cornerback Bradley Roby regarding whether or not they want to exercise their fifth-year option on him.  Additionally, Kayvon Webster was lost in free agency and the Broncos only have the Tulane Green Wave duo of Lorenzo Doss and Taurean Nixon behind them for depth.

Awuzie would give the Broncos a player who could see significant playing time immediately, especially in subpackages. His ceiling is extraordinarily high and he has the ability to play the slot corner or either boundary position and could become a top-tier player at the position. With his recent combine workout numbers, Awuzie is soaring up draft boards and will likely be a Top 50 selection in this year's draft. However, if he was there at Denver's second round pick, I believe John Elway and company would give him thoughtful consideration.